Ana Santiago has achieved plenty in her stellar coaching career.

Arguably the greatest head coach in the collegiate scene these days, the proud Adamson product — who is the protege of late great Boy Codinera — has 14 UAAP championships under her belt.

Besides this, she has won countless Southeast Asian Games gold medals both as a coach and, before, as a player.

But what is her greatest feat?

During June 27 episode of So She Did! presented by SMART Sports, hosts Martie Bautista and Trina Guytingco asked Santiago what is ‘more important’ for her — winning nine-straight UAAP championships or seeing her student-athletes graduate?

Her answer was simple.

“Having student-athletes finish their degree.”

After all, when Santiago recruits her players, she always makes a promise to the prospect’s parents.

“When I recruited them for Adamson, I always promise to their parents na ‘Gragraduate po ‘yung anak niyo’. Na don’t worry, I will guide your daughter hanggang makatapos siya ng pag-aaral,” she continued.

During her time as head coach of Adamson, over 300 Lady Falcons played under her. Safe to say, almost all of them were able to finish their courses.

But that does not mean that winning chips has gotten old for Santiago. It’s just that for her, less than half of the battle for a coach takes place on the diamond. 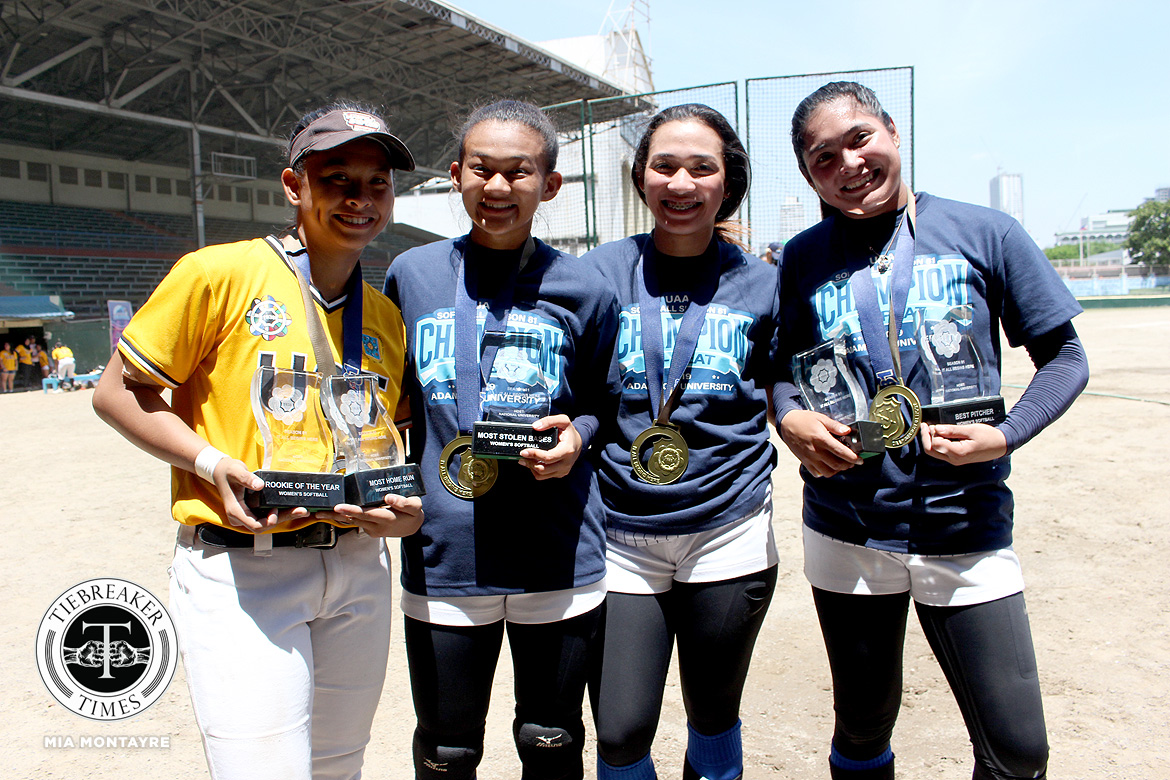 Arianne Vallestero could have easily let go of her collegiate career three years ago. Though the NU Lady Bulldogs had already fielded the third...