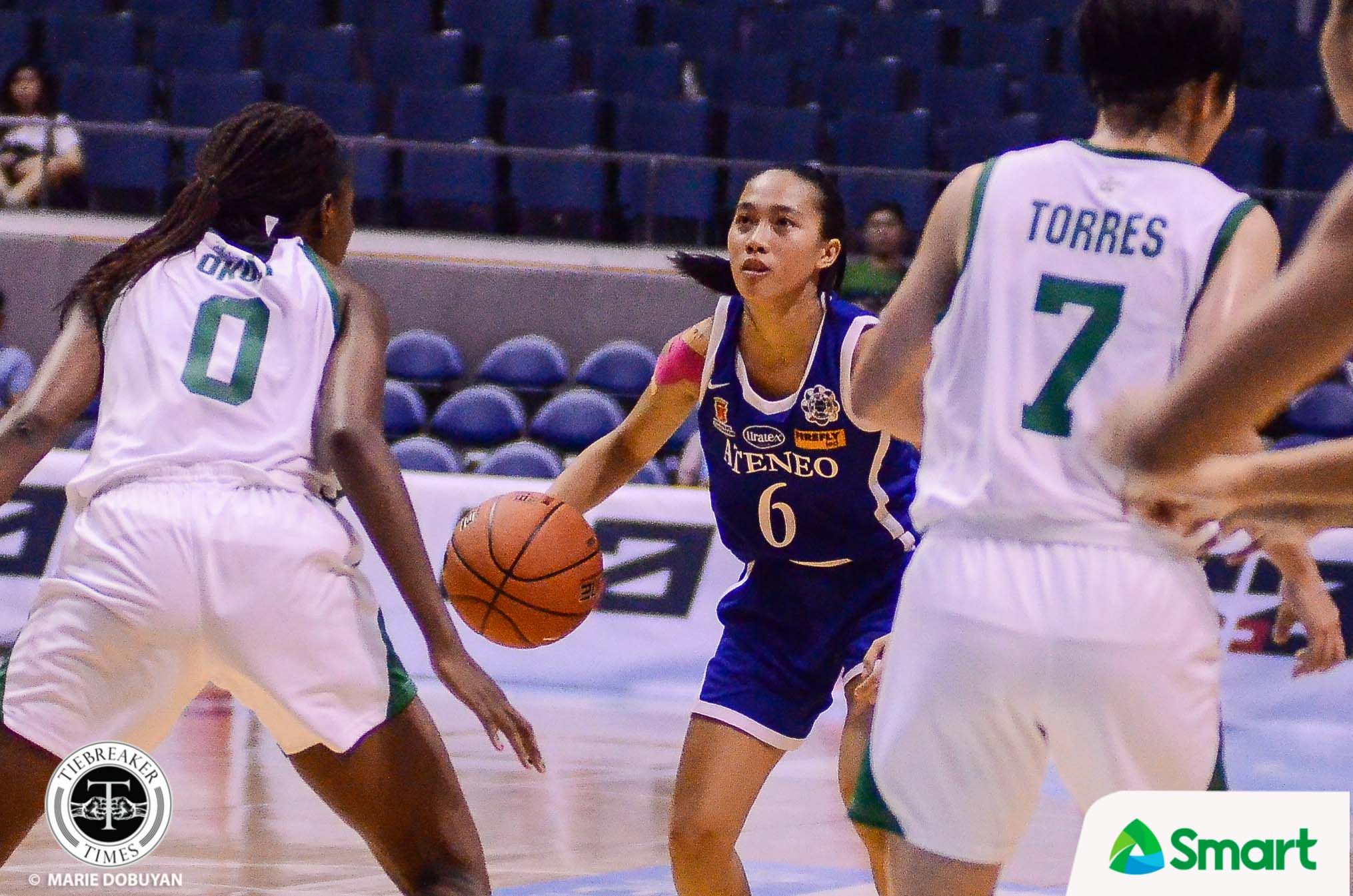 Ateneo fended off a feisty challenge from La Salle to take the 92-90 thriller Sunday in the UAAP Season 82 Women’s Basketball Tournament at Smart Araneta Coliseum.

Alyssa Villamor bucked her early foul trouble and went bonkers from deep as she buried 20 points built on five treys, to go with nine rebounds, four assists, and two steals as the Lady Eagles stayed unbeaten at 2-0.

“She is a big time player, so we expect her to make those big-time plays,” said coach Kat Quimpo. “It was sad that she wasn’t able to play most of the first half cause of her fouls, but when we needed her she came out strong.”

Villamor took charge in the third frame as she had nine points in Ateneo’s 32-point third quarter as it overturned a 52-47 deficit and grabbed a 77-61 lead.

Rookie Kent Pastrana rallied the Lady Archers back in the fourth quarter, with Bennette Revillosa cutting the lead down to just two with 17.7 ticks left.

La Salle also forced a 24-second shot clock violation on the other end, but Pastrana missed her potential winner as time expired.

La Salle bowed to its first loss to fall to 1-1.

Pastrana, the highly-touted rookie out of Silay City, poured 21 points, five steals, and four rebounds, but committed seven turnovers in the defeat.

Nigerian center Maureen Okoli got a monster double-double of 19 points and 19 boards, while Lee Sario had 15 points and four dimes for the Lady Archers.