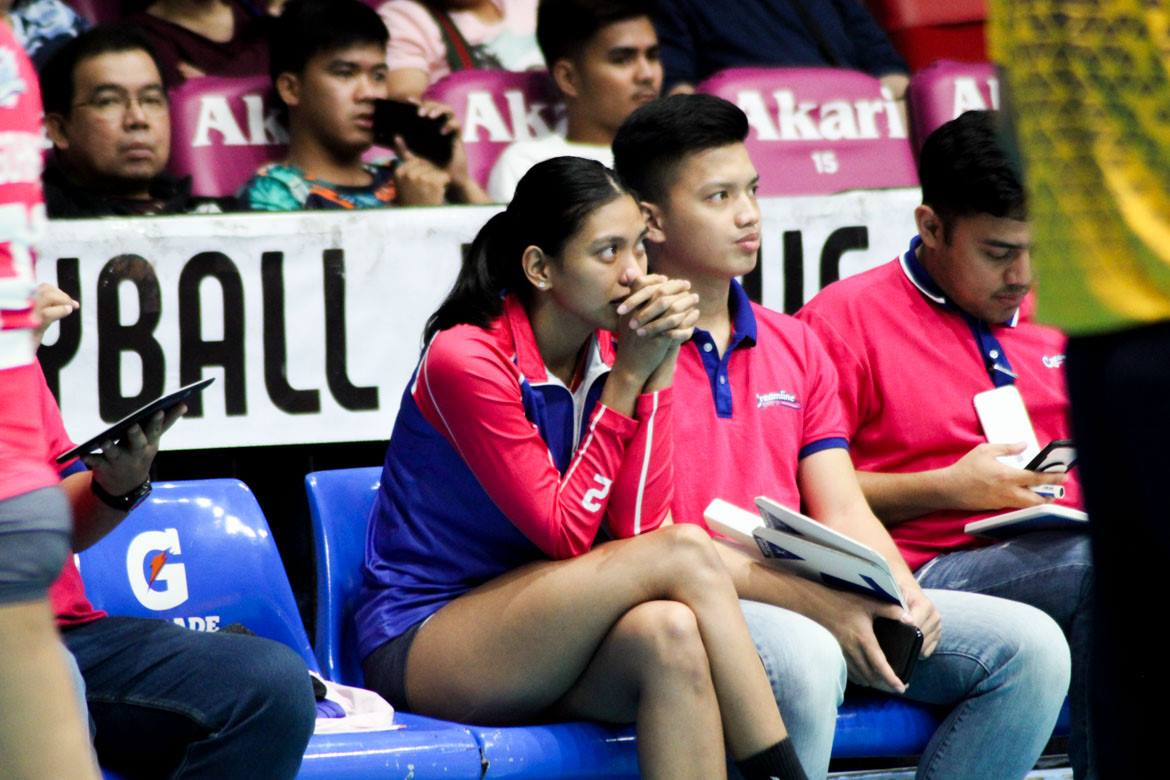 The Philippine Women’s National Volleyball team will leave for Japan on Sunday, October 20, for a training camp to propel its buildup to the 30th Southeast Asian Games.

But weeks before the Nationals proceed with their overseas preparation, Alyssa Valdez was seen wearing a boot cast on her right foot due to the same injury that ruled her out of the ASEAN Grand Prix opening leg.

Fortunately, on Wednesday, her doctor cleared the three-time PVL Most Valuable Player to remove the protective boot. Though she did not see action for the Cool Smashers against PacificTown-Army, it was a welcome development for Valdez.

“Luckily, pinayagan na ako ni Doc na walang boot, so I think all I have to do is to therapy before really going to the game kasi siyempre, na-isolate talaga ‘yung paa ko, na-shut down siya. Kumbaga para ready lang din talaga ako,” the 26-year-old outside hitter sighed.

“But okay naman siya, at therapy lang advice ni doc for the next five days. Tapos after n’un, I’m ready to join the drills and the trainings naman of the teams.”

The proud daughter of Batangas admitted that she has yet to take part in strenuous activities, but she’s happy with the progress of her recovery.

“Wala pa akong ginagawa at all. Kasi before, I was training doing therapy, so when the MRI result was given to us, ‘yun nga, I had to wear the boot,” she shared. “And then, I was off again for a week. Tapos ngayon, therapy naman ulit.

“So, at least may progress din and really, really happy.”

Valdez — who played an instrumental for the Philippine contingents’ bronze medal finish in the second leg of the ASEAN Grand Prix 10 days ago — also assured that she will be with her fellow delegates when they leave for Japan. But, the magnitude of her training will depend on her condition.