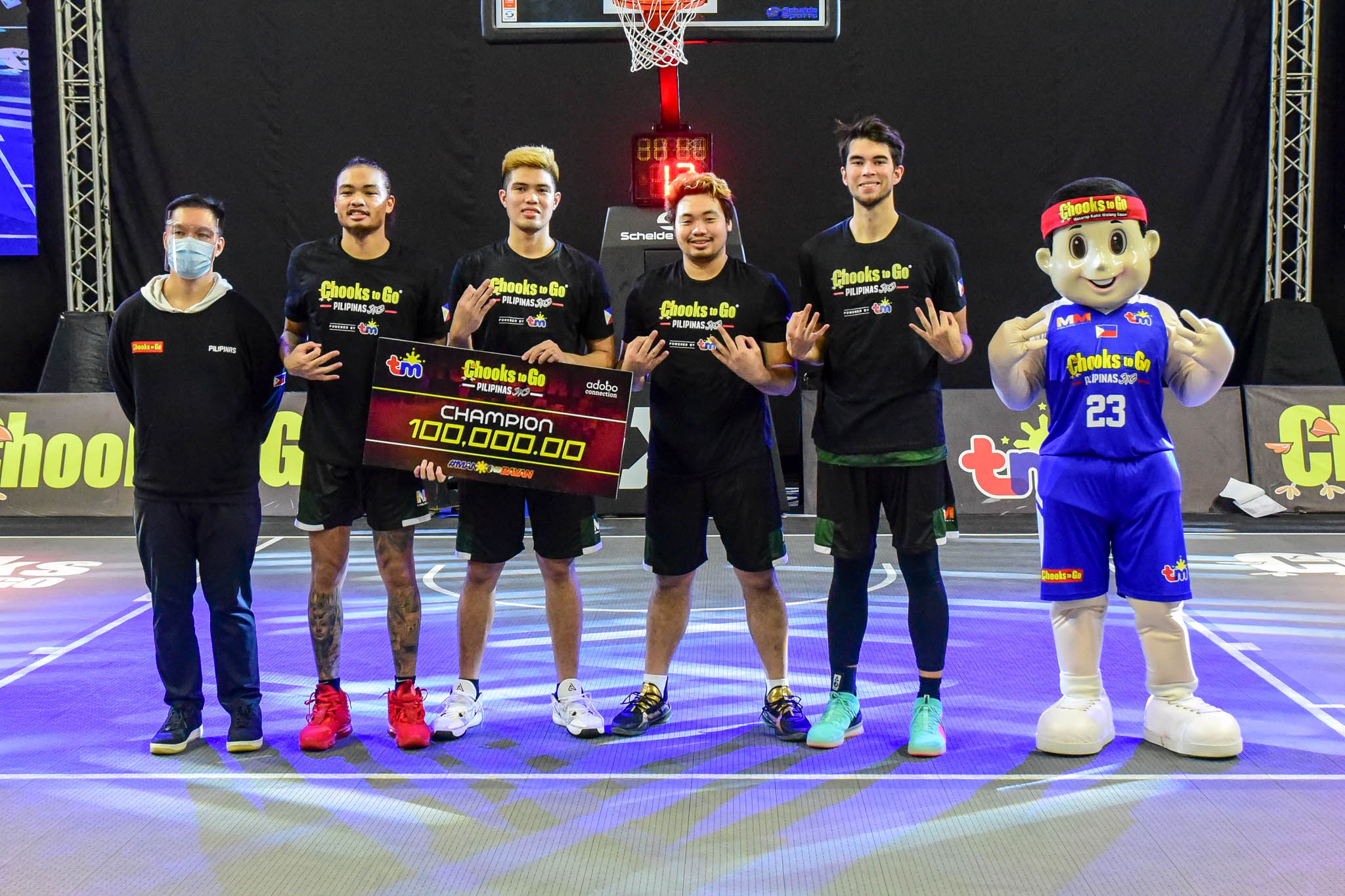 Before he left for Chooks-to-Go Pilipinas 3×3’s Calambubble, Alvin Pasaol made one promise to his girlfriend Gem Dy — he won’t lose on October 23.

Well, it is the anniversary of Pasaol and Dy.

Multiple times in Leg Two of the President’s Cup powered by TM, he and the crack Family’s Brand Sardines-Zamboanga City Chooks were almost knocked off the tournament.

There’s the 21-16 (7:42) win they had against sister team Bacolod Masters Sardines that saw them defend for their lives.

Then there’s their semis tilt against fellow national team pool players Uling Roasters-Butuan City that saw them face a six-point deficit 10-16 midway through the game.

In both of those games, it was Pasaol who keyed Zamboanga City to victory.

In the Final against Nueva Ecija, Pasaol did not allow the nationals to lose, firing nine points to cop another leg.

Now that the leg is over, Pasaol can now call Dy and celebrate the day through Zoom, since Sunday will be another tough day in the office.