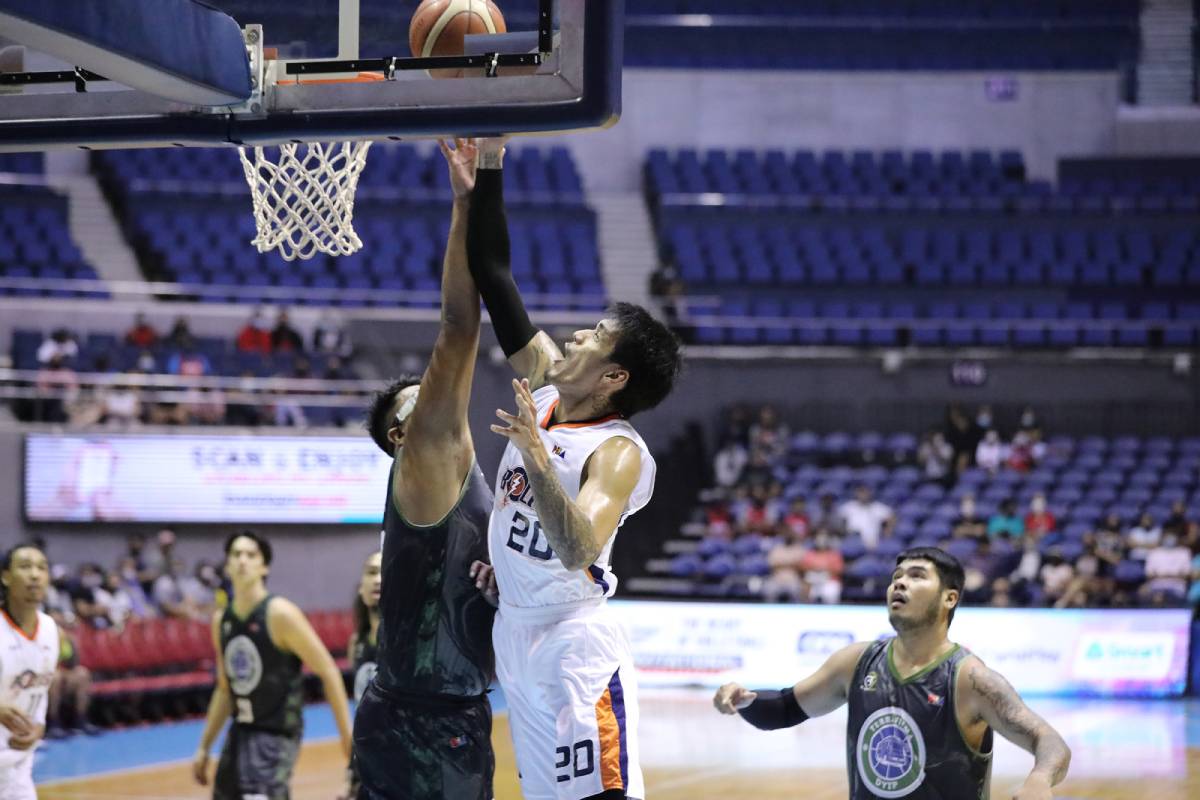 Raymond Almazan and his Meralco squad will be ready come the 2022 PBA Philippine Cup best-of-three quarterfinals, whoever they may face.

With the Bolts’ 105-89 win against Terrafirma on Thursday evening at the SMART Araneta Coliseum, the team solidified itself in either the fourth or the fifth spot, waiting for the other results.

And there can only be two options for Meralco to face in the first round of the playoffs, Ginebra or Meralco depending on the results of their remaining matches.

The Barangay will play Phoenix later today while the Hotshots will have Blackwater tomorrow at 6 pm at the Big Dome.

Meralco assistant coach Luigi Trillo, who’s been calling the shots lately, echoed the sentiment of his big man, bracing for either team they get.

“Both strong. We know they’re both champions. Parehong malakas, mabigat pero nothing better than being in a situation to compete tapos ready yung mga players namin,” said Trillo.

“If you’re the players, you want to play the favorites and I think we all know based on what they’ve done, they’re heavy all around,” he added, referring to the crowd darlings.

The Bolts are still without head coach Norman Black who is still in the States for his departed mother.

#ReadMore  Norman Black on Meralco's Champions Cup stint: ‘I just wished we could have had a complete lineup’

Fortunately, Meralco went 4-1 with him on indefinite leave, and will be riding a two-game winning streak come quarters.