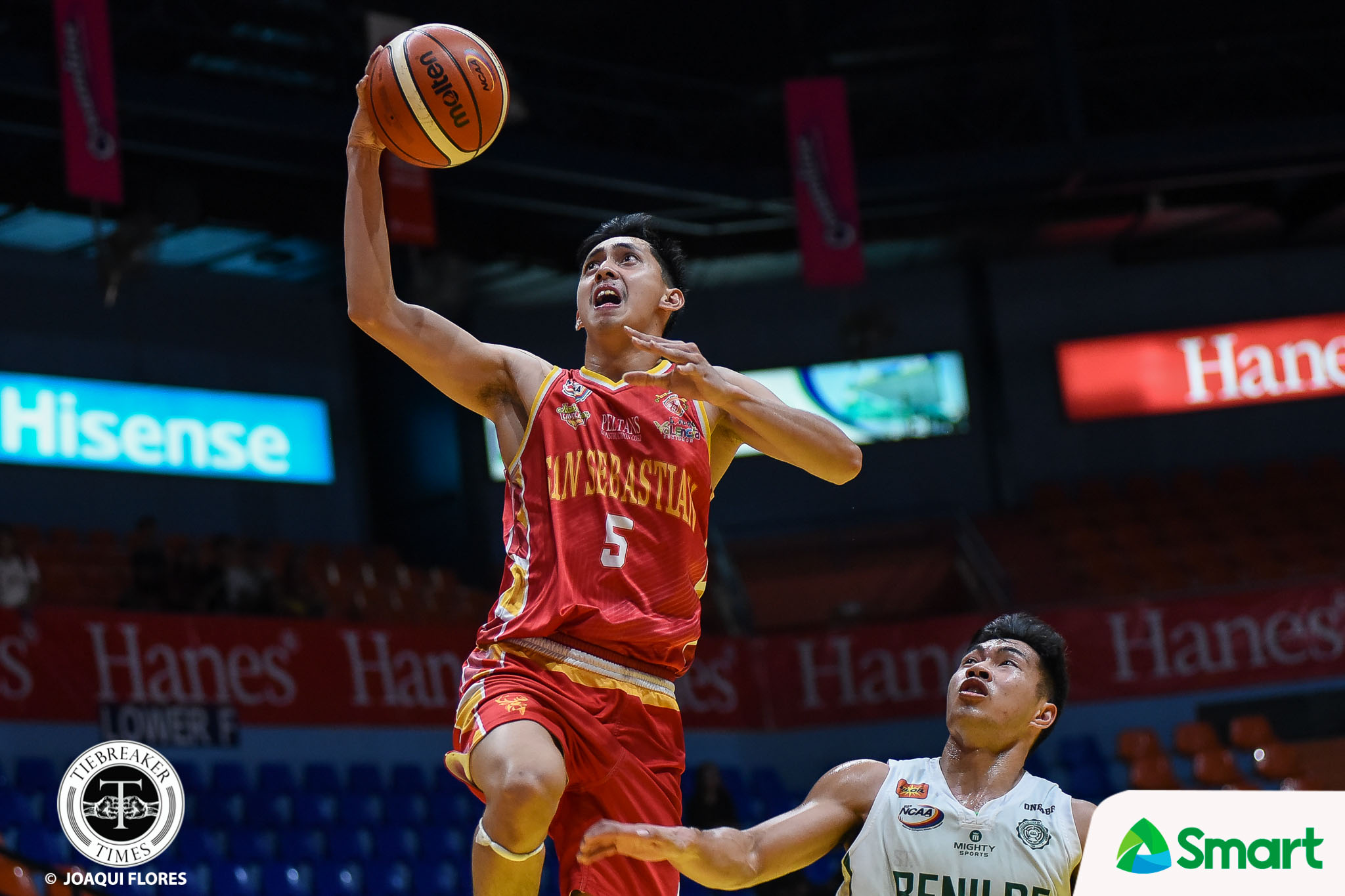 It was a pivotal win for San Sebastian as they rose to a 7-3 slate in the NCAA Season 95 Seniors Basketball Tournament creating a logjam for second with Lyceum and Letran. Moreover, they dropped Saint Benilde to 6-4, losing four of its last five games.

Bulanadi powered the rout, dropping 32 points on 11-of-21 shooting from the field, 5-of-12 from downtown. He also tallied four rebounds, three steals, and two assists.

“May green light siya. One-hundred percent of what he plays lifts the team. Last year na rin niya ito and this is his last chance,” said Macaraya about the 6-foot-3 swingman.

Not satisfied, the Golden Stags shackled the Blazers in the third frame, limiting them to just 11 points. Yes, the same output Bulanadi had during the frame, as he scored 11 of San Sebastian’s 20 points.

Yankie Haruna was the sole bright spot for Benilde, finishing with 16 points and nine rebounds.

Justin Gutang had nine points, 10 rebounds, and eight assists but shot just 2-of-12 from the field while committing three turnovers.

San Sebastian will next face the Perpetual Altas on Tuesday, September 17 at 12:00 nn. Benilde, on the other hand, look to snap out of their skid when they take on the Mapua Cardinals on the same day.