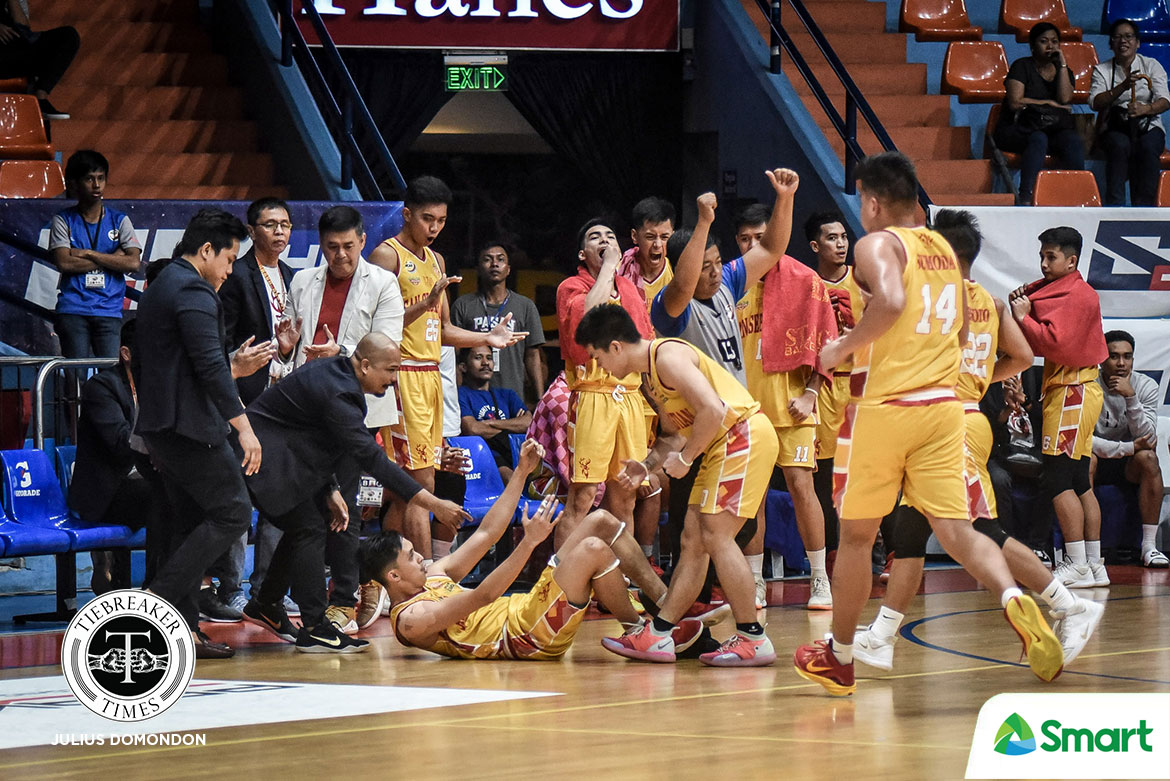 Allyn Bulanadi has been tearing it up all season long in the NCAA Seniors Basketball Tournament.

His output is tied for fourth-most in the 95 years of the Grand Old League.

And his head coach Egay Macaraya was in awe of Bulanadi’s masterpiece.

“For me, for me, my own opinion — Allyn is ready for the big league.

“The only thing I said to him, ‘This is for you kasi this is your last year. Everybody should know, lahat ng team, na you’re ready in any case, kung saan ka man dadalhin’. I told him many times na kaya talaga niyang maglaro, dumepensa, lahat ginagawa, rebound,” gushed Macaraya.

The Golden Stags needed every point from Bulanadi to seal their ticket to the Final Four.

With the game knotted at 88-all, the 22-year-old Davaoeno went on a 7-2 blitz against the Altas to put San Sebastian up for good.

He even then brushed off a sprain to finish the game that saw San Sebastian win 99-94.

With the league’s playoffs this season being in a stepladder format, though, San Sebastian cannot afford to lose to Letran on November 5 and — if ever they advance — to Lyceum afterward.

A loss will mean the end of Bulanadi’s stellar run as a Golden Stag. Still, he will not allow it to end without him going all out.

Dimaunahan not worried about dip in Ray Parks’ scoring

KJ McDaniels takes over, leads TNT past Alaska in OT