LIPA CITY, BATANGAS — Go for Gold-Air Force was the clear-cut favorite to win it all in the Philippine National Volleyball Federation Champions League.

Bannered by eight Philippine national men’s volleyball team members, the Aguilas were without a doubt the best team on paper in the first-ever national league.

That, until Team Dasma came in and spoiled the fun for the National team mainstays.

Facing the less-heralded Monarchs in the best-of-one Champions League finale, Go for Gold-Air Force folded via a four-set 25-19, 24-26, 18-25, 17-25, loss on Saturday night at the Aquamarine Recreational Center here.

And for Aguilas head coach Dante Alinsunurin, everything boiled down to who wanted it more. Of course, Air Force needed time to mesh as it lost Bryan Bagunas, Ranran Abdilla, Madz Gampong, and Howard Mojica during the off-season.

Though they added John Vic De Guzman, Mark Alfafara, Lloyd Josafat, Kim Dayandante, and Berhashidin Daymil, Air Force had limited time to prepare due to the ongoing pandemic and their Air Force duties. 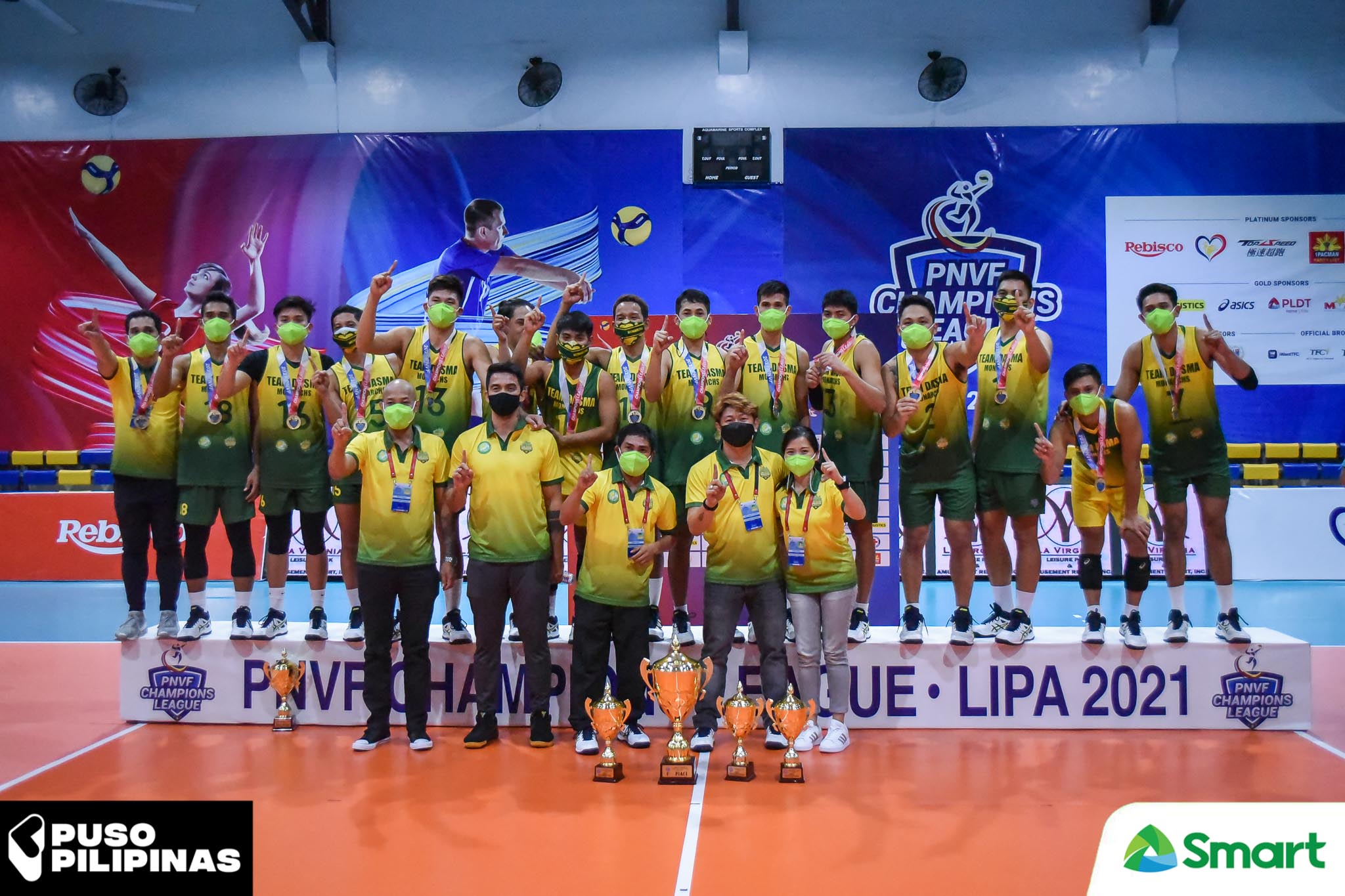 Despite the loss, Alinsunurin is just glad that men’s volleyball is finally back after almost two years of inactivity.