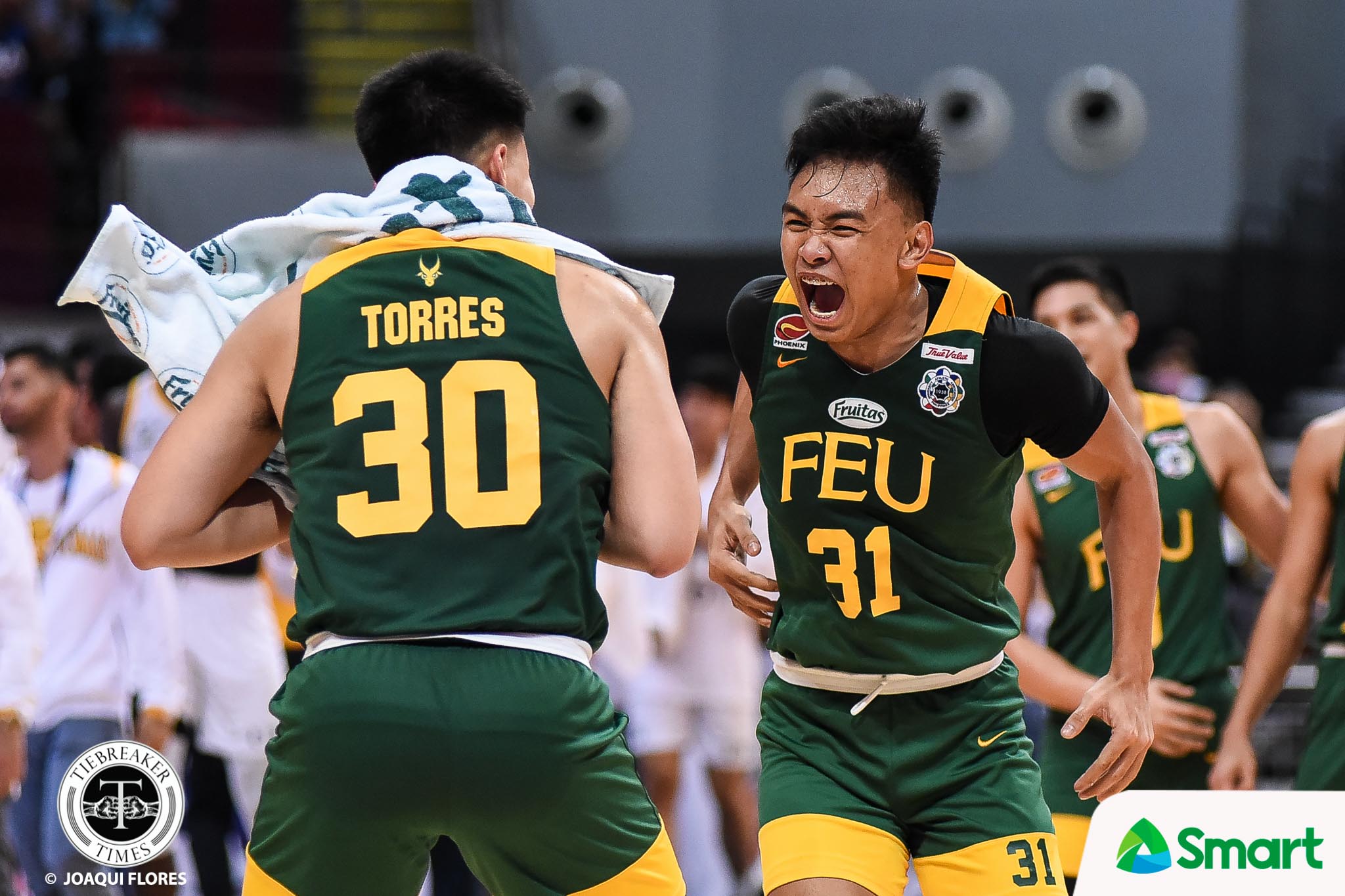 Far Eastern University grabbed a share of third place with a big 72-58 win over University of Santo Tomas in the UAAP Season 82 Men’s Basketball Tournament, Sunday at the SM Mall of Asia Arena.

“Every win counts in the second round. Para sa amin, every game is a do-or-die game and we treated this game like that, and they responded,” said coach Olsen Racela, whose wards improved to 5-5, tied with UST.

Racela was ecstatic with this victory, especially after the Tamaraws’ 85-79 overtime loss to NU last week.

“I’m just trying to understand my team more. We need more consistency. We’ve proven that we can compete against the top teams ,and we’re hoping that we can do that on a consistent basis,” said Racela, who also tasted his first win over coach Aldin Ayo since taking the helm in Morayta.

In the process, Ateneo also secured a twice-to-beat advantage with its 10-0 card.

Brent Paraiso fired 12 points, four rebounds, and two assists for UST, which shot a horrid 9-of-27 clip from downtown.

Rhenz Abando and Zachy Huang both scored 11 points apiece. Soulemane Chabi Yo only got seven points, but had 15 rebounds and two blocks.

Both squads next play on Wednesday, October 16, at the SM Mall of Asia Arena. FEU will first try to shock defending champions Ateneo Blue Eagles at 12:30 P.M. UST then looks to bounce back with a sweep of the UP Fighting Maroons at 4:00 P.M.