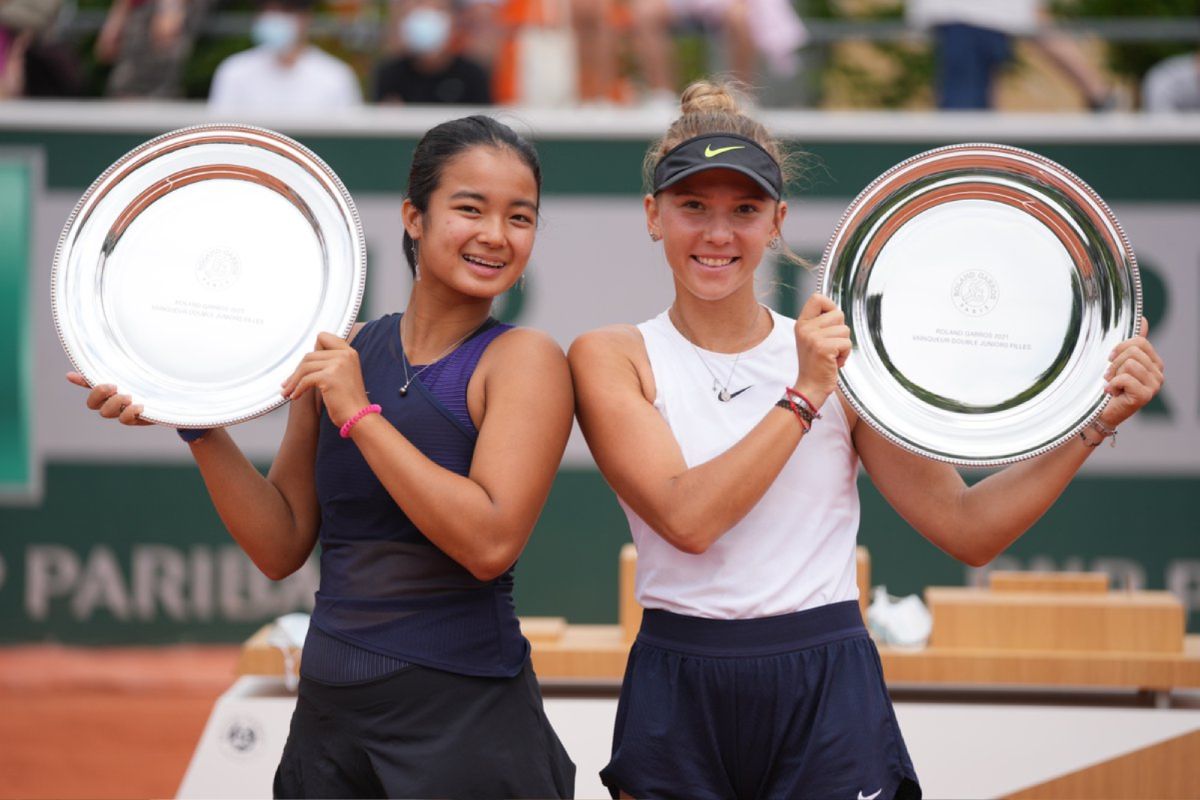 A perfect duo made in heaven.

The title is their maiden championship as a tandem, but a second Grand Slam plum for each.

Selekhmeteva notched her first title with Latvia’s Kamilla Bartone in the US Open of 2019. Meanwhile, Eala won the Australian Open with Indonesian Priska Madelyn Nugroho in January of the following year.

Eala struggled on her service game all tournament long. This time, though, she pulled off her biggest serve of the week. The Filipino then fired another return that was meekly returned into their court.

Selekmeteva was there to punish the ball at the net, ending the almost one-hour-long match with an exclamation point.

Eala and Selekhmeteva earlier opened the match with a blistering start, easily managing the service hold for a 4-0 advantage. The two then powered through the tough fifth and sixth games in the deciding points, taking the set advantage with a sweep.

The top-seeds could not carry that momentum into the following set, though. Bondarenko and Toth found their second wind for a 4-2 lead.

But the Grand Slam finals experience clearly came into play. And Eala made sure of that.

Eala ended one of the longest rallies of the match with a huge crosscourt forehand winner to cut the deficit to one game, 3-4. Then, on her own service game, the Filipino made impressive serves. Selekhmeteva gladly finished some at the net for a 4-all.

The momentum swung back into the top pair of the tournament afterward. They took the game, set, match, and the title.

Eala and Selekhmeteva previously lost their first finals as a tandem, finishing as runners-up in Platja D’Aro.