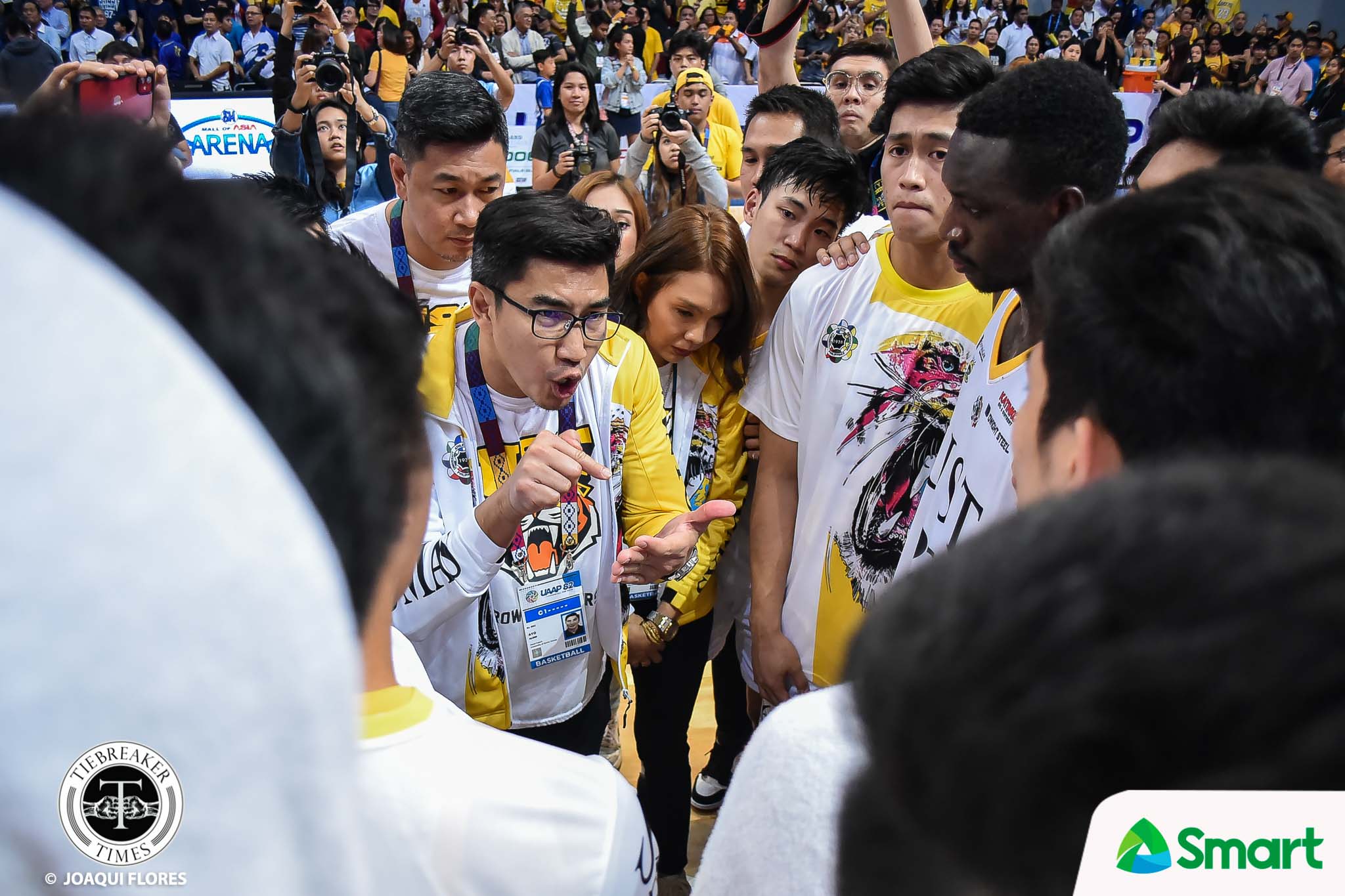 After four days, former University of Santo Tomas head coach Aldin Ayo broke his silence regarding the indefinite ban he has received from the University Athletic Association of the Philippines.

Ayo expressed his disappointment in the uncertainty of the punishment for his alleged involvement in the training camp held by the Growling Tigers in Capuy, Sorsogon.

And he plans to submit an appeal to the league.

“I deeply feel that the indefinite ban imposed by the UAAP Board against me is not appropriate under the circumstances,” his statement read.

“I will seek reconsideration of such sanction.”

Last September 3, the UAAP’s Board of Managing Directors — after careful review of UST’s internal probe of the Bicol bubble — recommended that the Board of Trustees sanction an indefinitely ban on Ayo from the league.

The banishment was executed last Monday with the league stating that Ayo “[…] endangered the health and well-being of the student-athletes under his charge when he conducted the training during a government-declared state of public emergency intended to arrest the COVID-19 outbreak.”

The banishment will not allow Ayo to “participate, in any capacity, in all UAAP events and UAAP sanctioned-activities, indefinitely.”

For the councilor from Sorsogon, they had good intentions with the Bicol bubble but the consequences have affected him, his family, and his former players.

“I have realized that no matter how driven and well-meaning you want to be, things just mess up. It gets you humbled, humiliated even, and we learn to painfully accept to just let things be.”

But the battle is not over, stressed Ayo, who quoted Sir Andrew Barton.

“However, to quote a Scottish proverb, ‘I am wounded, but not slain. So, lay me low to bleed awhile, then I shall rise’ to coach again!”