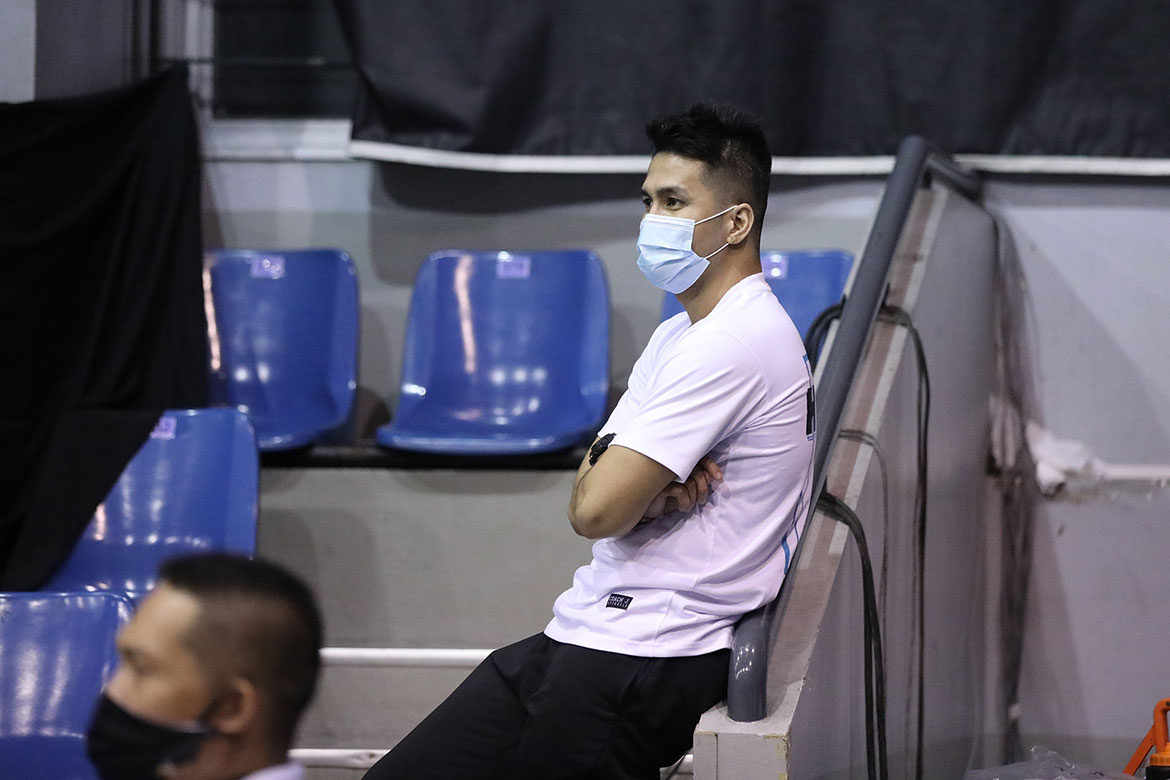 Alaska head coach Jeff Cariaso feels beyond pleased with the progress Kevin Racal has been making, as he continues to recover from the knee injury he suffered inside the Clark bubble last PBA season.

The 6-foot-2 defensive specialist got hurt during the third quarter of the Aces’ match versus TNT in the bubble play opener last Oct. 11. His right knee wobbled as he tried to go after Jayson Castro.

Racal was actually having himself a solid game that night with eight points, two rebounds, an assist, and a steal. But that unfortunate incident forced him to leave the match which his side lost, 95-100.

Things went from bad to worse, though, as MRI results showed that he had torn his anterior cruciate ligament. He’d suffered the same injury – albeit the left side – he sustained back in his fourth year in Letran in 2014.

That led to his eventual departure from Clark, and Cariaso admitted how tough of a blow it was to lose one of their key cogs.

“We miss him bad. His defensive presence is something that’s infectious, and not having him there was a disadvantage for us,” he lamented, as Alaska exited the bubble early after losing to TNT in the quarters.

In an interview before leaving the former US military base, Racal said that he would want to stay in the bubble to support his teammates. Still, the coaches advised him to go and begin his recovery immediately.

And such advice has boded well for the 29-year-old, whom the Uytengsu-owned ball club drafted 11th overall in 2015.

“According to doctors, he’s ahead of his rehab,” said the incoming third-year chief bench tactician in the program also supported by Mighty Sports.

“That just shows the work ethic of Kevin.”

But as happy as the coaches are with the pace of his recuperation, Cariaso said that they are not going to hasten things with Racal.

“We probably won’t even risk it as hard as Kevin works to get back,” said the cager-turned mentor.

”We don’t wanna push him, put him in a situation where he won’t be able to have a proper offseason and training camp, so we expect him probably [in the] second conference already.”