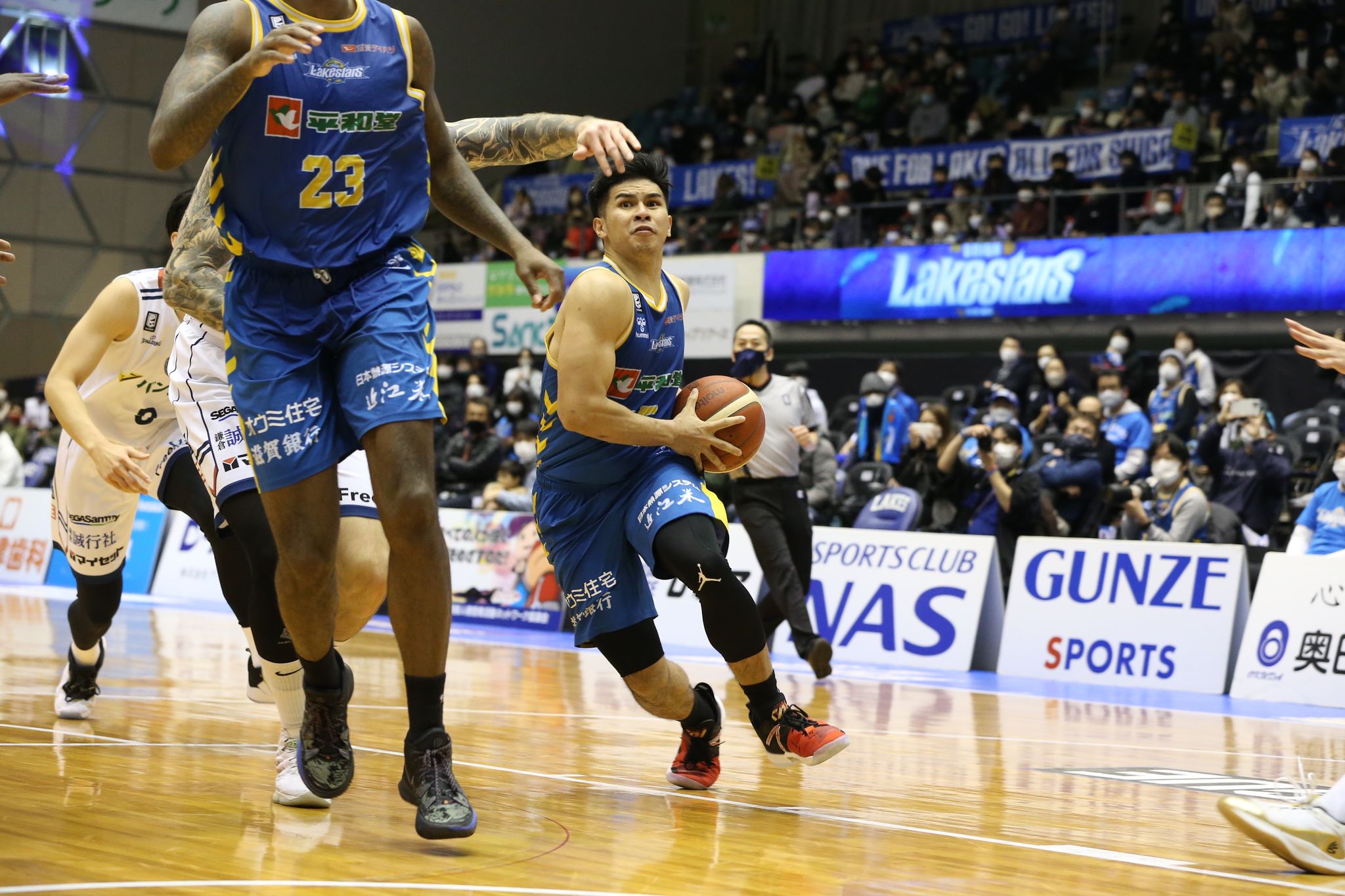 Playing hurt, Kiefer Ravena once again struggled against Akita as Shiga was dealt a 67-92 defeat to close out the 2021-22 B.League week, Monday at Ukaru-chan Arena.

For the second straight game, Ravena fouled out in the contest, finishing with nine points on 4-of-11 shooting and five turnovers.

Doomed from the start were the Lakestars, falling behind 10-24 early.

Though cutting the lead down to 10, 29-39, at the half, the Lakestars went cold in the third canto, putting up just 12 points on 6-of-19 shooting from the field.

On the other end, Alex Davis and Takatoshi Furukawa dropped eight points each during the frame to help extend the Northern Happinets’ lead to 64-41.

Akita would maintain its lead to close out the game and raise their slate to 17-9.

The Lakestars will next face Mikawa at Wing Arena this weekend.