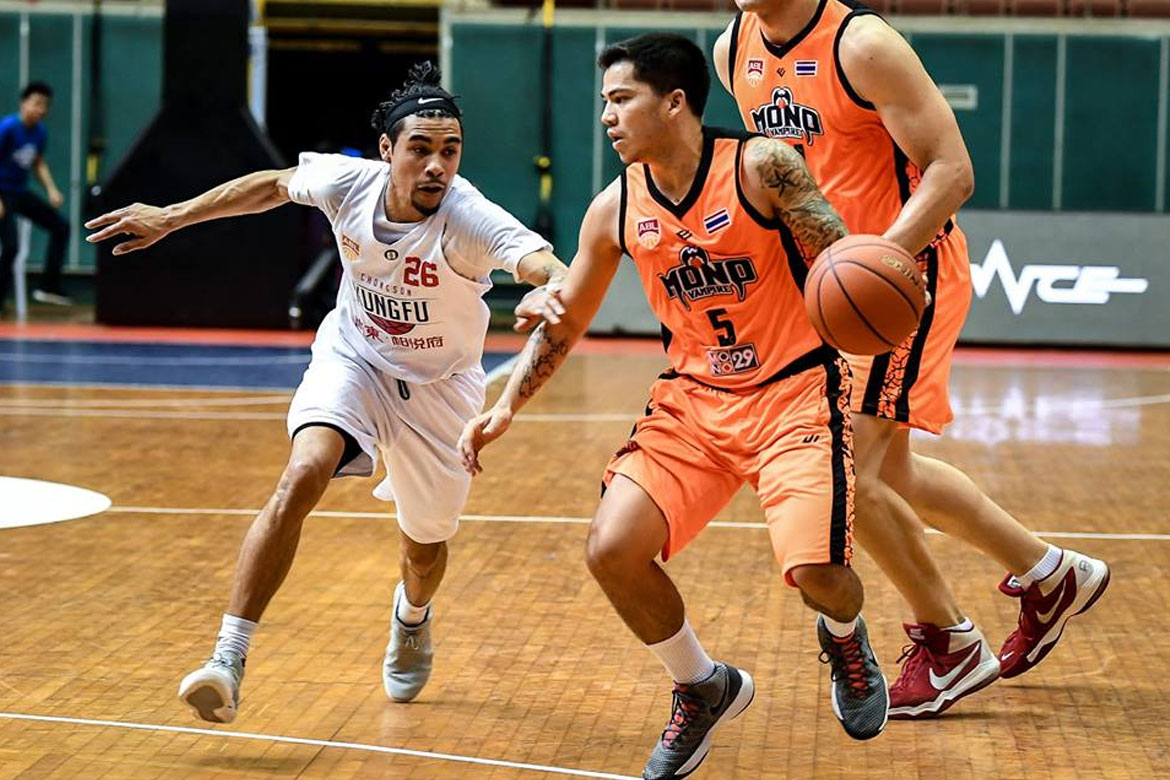 Days after helping Mono Vampire BC sweep the Singapore Slingers in 8th ASEAN Basketball League quarterfinals, Jason Brickman starred for the Thai ball club yet again, this time in a much bigger stage that is the semifinals.

The Filipino-American point guard produced 25 points and 15 assists to steer Mono to a 103-94 victory over the heavily-favored Chong Son Kung Fu in their semifinals opener, Wednesday at the Nanhai Gymnasium in China.

Brickman played a huge part in Mono’s second quarter surge, captaining his team in turning a 12-point deficit early in the said frame to a commanding 54-39 advantage with 1:24 to go before the halftime break.

Mono would then lead by as much as 17, 75-58, after Chitchai Ananti’s triple with 3:36 remaining in the third chapter.

Chong Son though fought back in the final frame as they closed within five, 88-93, thanks to Fil-Am Mikh McKinney’s trey with 3:16 left, but Mono’s 6-0 response — ended by Brickman and Paul Zamar — shunned down their hopes.

McKinney top-billed for the home team with 32 points — the most points scored by a Heritage Import in a playoff game — on 52 percent shooting on top of four rebounds, four assists, and three steals in 40 minutes. It was much-needed as Caelan Tiongson was limited to just four points and six rebounds as he was saddled by foul trouble.

Mono Vampire will look to sweep the Chinese club team in Game Two next Wednesday, April 18, at their home turf in Stadium 29 in Bangkok.