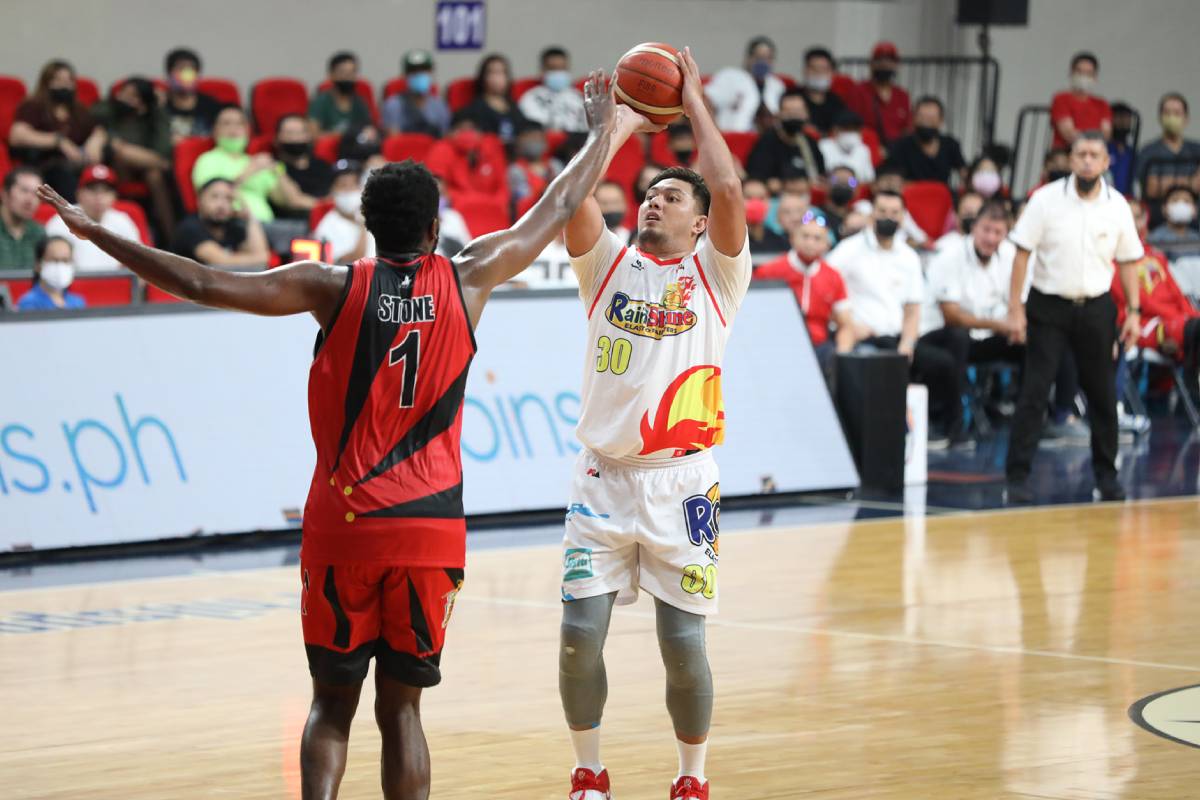 Beau Belga said that he only stood his ground against Diamond Stone as the two got heated in Rain or Shine’s loss to San Miguel, Sunday night.

The veteran slotman said that the American cager hurled trash talk towards him, leading to a verbal exchange between the two shortly after June Mar Fajardo gave the Beermen a 102-95 lead with 4:37 remaining in the game.

That incident, however, proved costly for the Elasto Painters. Belga was assessed with a flagrant foul penalty two (F2) as he got in contact with Stone during that altercation, resulting in an automatic ejection — and a P20,000 fine.

Stone, on the other hand, got called for a technical foul for trash-talking, same with teammate Chris Ross. RoS head coach Yeng Guiao, meanwhile, got slapped with a technical foul as well for using profanity.

The Elasto Painters eventually lost by way of a 113-105 decision, foiling their bid of winning three in a row in the PBA Commissioner’s Cup.

Belga, who left with three points, six rebounds, and four assists, is charging the loss to experience, adding that it serves as a lesson for the entire crew to do better in closing out matches better moving forward,

Stone, for his part, downplayed what happened. “For me, it’s just basketball,” said the 25-year-old, who finished with 42 points and 13 rebounds.

“There’s a lot of tension in the game. Both teams want to win. Nothing really to discuss. It’s just playing basketball.”