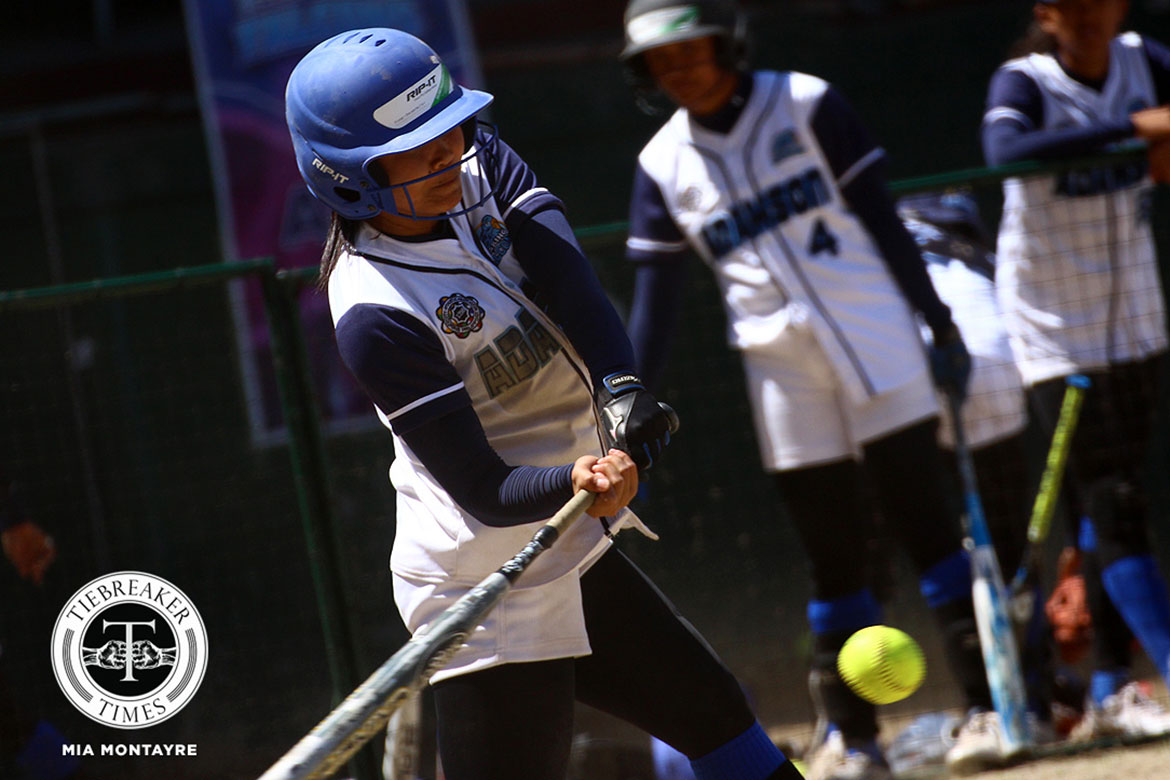 If anyone wants to take over the Rizal Memorial Stadium, they have to go through the Adamson University Lady Falcons.

To open their quest for an unprecedented ninth straight crown, the Lady Falcons of San Marcelino flat-out dominated the University of the East Lady Warriors, picking up a quick 14-1 abb. 4th inning win, Monday.

Though the young Lady Falcons are still adjusting to the bright lights of the UAAP, their hitting proved that their transition will be easy.

In just the very first pitch against them, the Lady Falcons showed their might.

Krishna Cantor slammed Lovely Redaja’s curve as the ball almost went beyond the stadium. And it was just the start of UE’s long night.

Already up 3-1, the Lady Falcons went on an 11-run barrage in the third inning. Former NU Lady Bulldog Ariane Vallestero’s double sparked the flurry. Last season’s MVP and reigning home run queen followed it up with a Jenette Rusia with a three-run home run.

Panicking, errors compounded the Lady Warriors, as coach Edzel Bacarisas continuously looked for an answer from his bullpen.

As the dust settled, the Lady Falcons ended the inning with eight hits.

Cantor ended up going a perfect 3-of-3 at-bat, while Vallestero went 2-of-3 in her Adamson debut.

UE are off to a dismal 0-2 start to the season after finishing with bronze a year ago.

Adamson look to sustain their momentum when they take on the University of the Philippines Lady Maroons on Thursday, February 21, at 11:00am. On the other hand, UE, will have a break before facing the same team on Saturday at 9:00am.