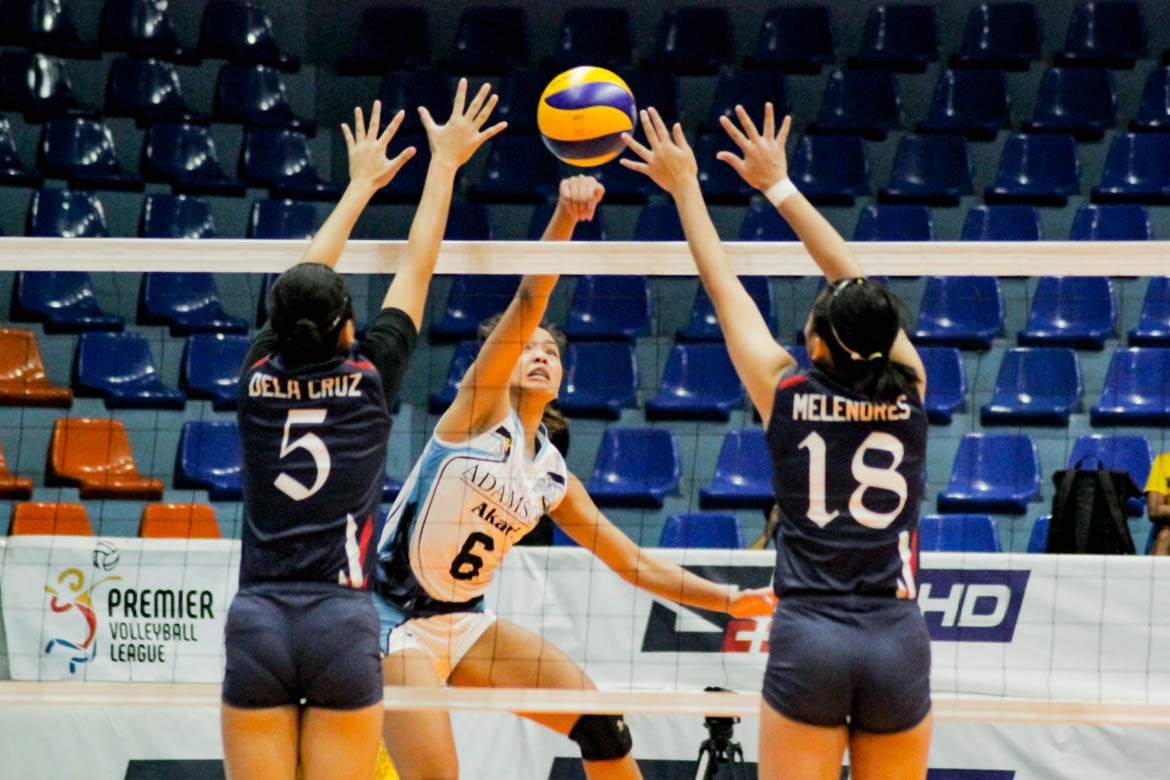 Buoyed by a four-game winning surge, the Adamson University Lady Falcons made swift work of the Letran Lady Knights, 25-13, 25-23, 25-13, to complete their sweep of Pool A in the 2019 PVL Collegiate Conference, Saturday at the FilOil Flying V Centre.

Louie Romero orchestrated Adamson’s drubbing of Letran. She churned out 27 excellent sets as the Lady Falcons rained down 37 attacks, the bulk of which came from Trisha Genesis and Ceasa Pinar.

Genesis and Pinar took turns punishing the opposition, as they hammered down a game-high 13 points apiece.

The Lady Falcons only needed an hour and eight minutes to wrap up Letran. Still, Adamson head coach Lerma Giron was dissatisfied with the way her players had performed.

The Lady Falcons found themselves in a heap of trouble in the second set.

Marred by a string of costly errors, Adamson figured in a tight affair with the Lady Knights, who knocked to within a point, 22-23, following Chamberlaigne Cunada’s consecutive hits.

Fortunately, the Lady Falcons thwarted Letran, as Pinar nailed the differential hits that pulled her team out of danger.

Following a squeaker in the second frame, the match was never in question. The Lady Falcons went on cruise control in the ensuing set en route to a 5-0 finish in the preliminaries.

Adamson are now through the semifinals with an undefeated slate. Still, Giron stresses that her team has plenty to work on.

Cuñada was the lone double digit scorer for Letran. She managed 10 points, all but one coming from the attacking department.

Letran skipper Charm Simborio added six for the Lady Knights, who shut down their campaign with a 1-4 card.