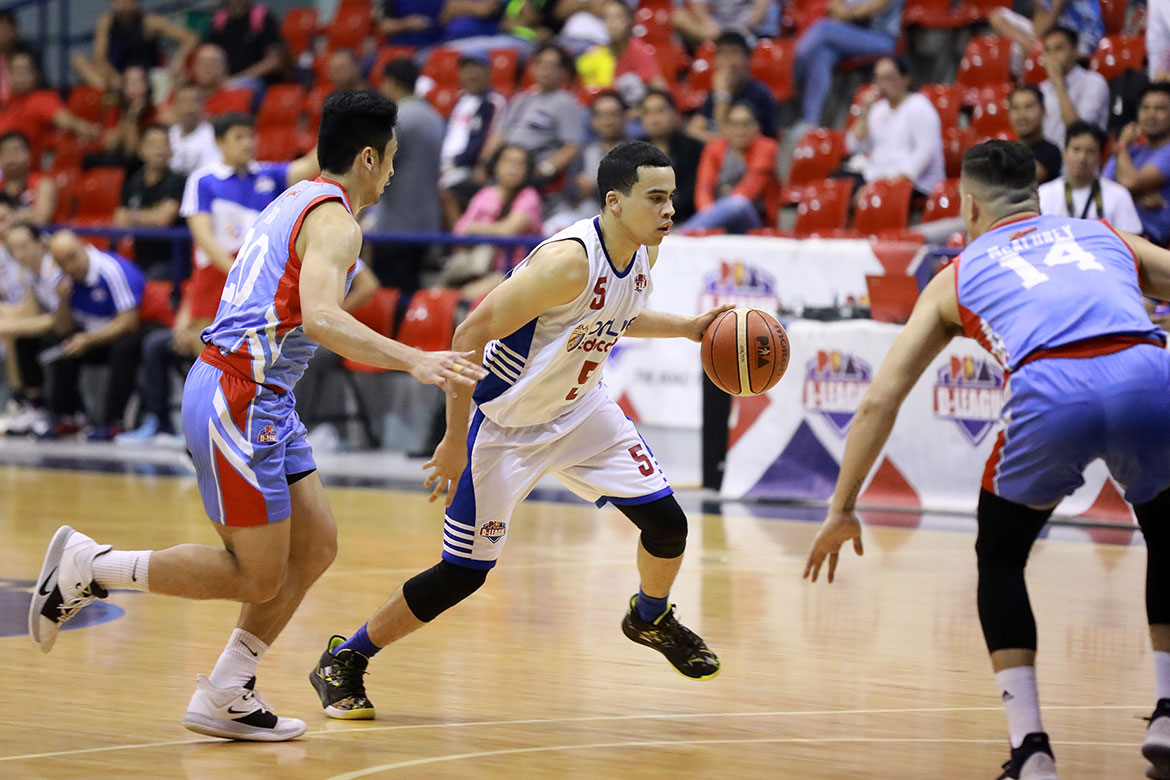 The AMA Online Education’s campaign in the 2019 PBA D-League Foundation Cup came to an end on Wednesday after they absorbed a harsh 78-100 beatdown to the semifinals-bound Marinerong Pilipino.

The Titans’ elimination also meant the end of second-generation cager Aaron Black’s stint in the developmental league stint. Black has impressed this conference with his triple-double performances.

The son of PBA great and current Meralco Bolts head coach Norman Black racked up three triple-doubles and averaged 25.2 points, 12.3 rebounds, and 10.3 assists in the eliminations.

Black did not want to exit the tournament with a loss to the Skippers, but he remains grateful for his time with AMA.

“I thank the coaching staff for the opportunity to play with AMA. They welcomed me and Vince [Tolentino] into this team with open arms, so I’m thankful to them,” he added.

“At the same time, it was tough team that we went up against. Marinero’s a very tough team so all the credit to them.”

Black will now put all his focus with the Quezon City Capitals in the Maharlika Pilipinas Basketball League. He also expressed his gratitude to the D-League for enabling him to show his abilities.

“I’m very thankful for this league for helping me showcase what I can do,” said the do-it-all combo guard, who is a two-time UAAP champion.

Black is among those expected to declare eligible in the 2019 PBA Rookie Draft, which might also feature some of his fellow Ateneans in Thirdy Ravena, Isaac Go, and Nieto twins Matt and Mike.

Projections for the draft have yet to roll out. But when asked where he sees himself when it comes to selection time, Black believes that he belongs “up there.”

“I think I was able to showcase myself pretty good this conference for the D-League, as well as in the MPBL right now. So I think as long as I continue to play like that, to continue to improve, I think I’ll be able to be at least up there with the top guys,” he said.

“I think any team that’s gonna pick me. I’ll be happy to play for them.”

Karlis Lasmanis believes PH has best crowd: ‘The people have something special’

Pido Jarencio believes Mychal Ammons will be like Ibeh