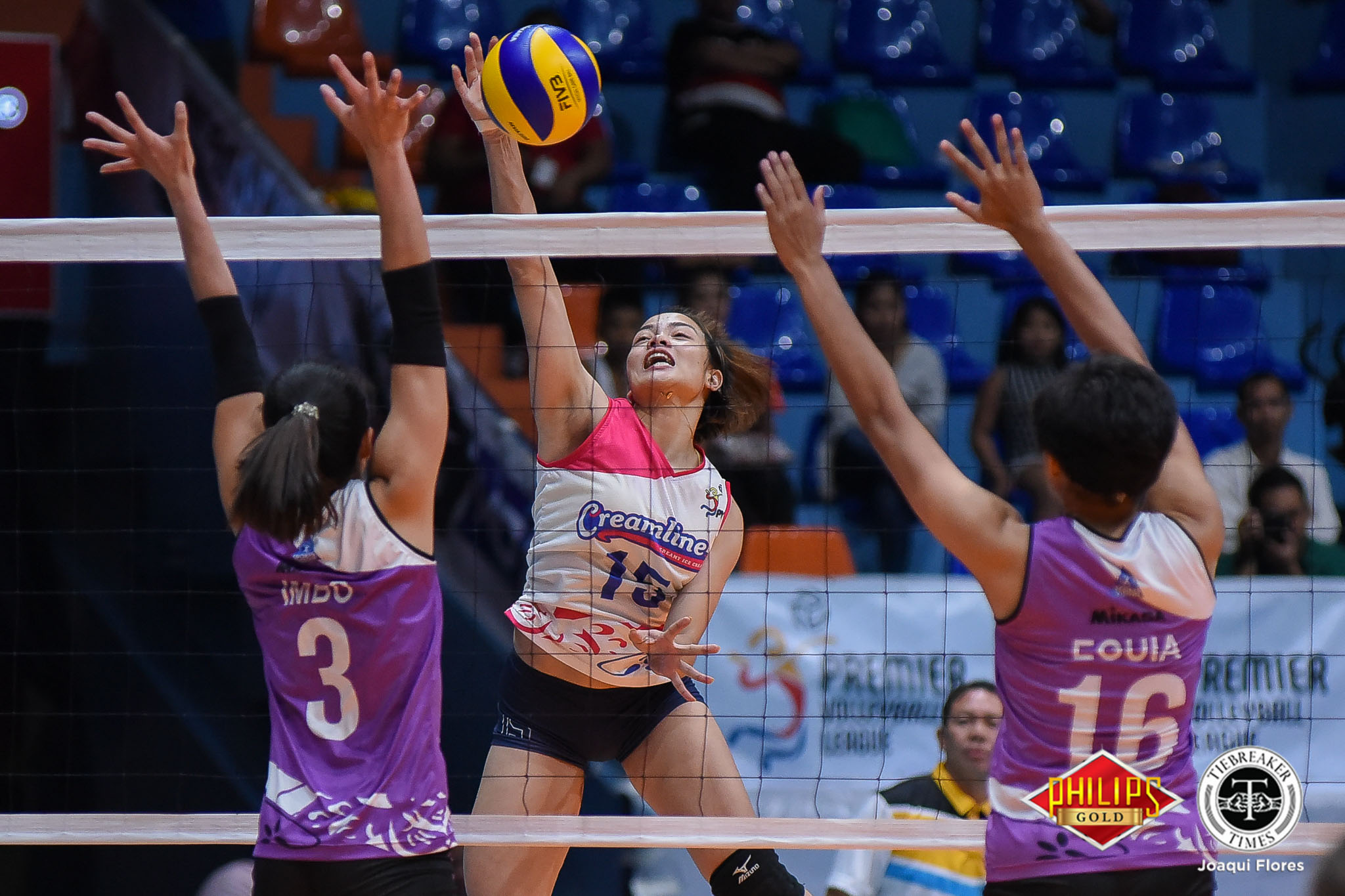 Experimenting with different lineups throughout the match, Creamline overwhelmed Iriga-Navy when the score became tight. Tied at 21 in the first set, the Oragons quelled their own fire, giving up four straight errors to gift the Cool Smashers the first set win.

Iriga clung to a 13-8 advantage in the second frame, before Creamline rattled off a 10-2 run to bury the Oragons. The third set had the Cool Smashers ahead 8-2 to start, until the Oragons forced a late 23-all deadlock. From there Alyssa Valdez and Risa Sato teamed up to close the match with back-to-back hits.

“Siguro, it’s really hard to have the advantage of going to the semis immediately. Siyempre, mag-iiba ‘yung mindset. It was shown in today’s game,” said Valdez of her team’s close encounters in each.

“It shows na we have a lot to work on and we need to keep pushing,” added the four-time V-League Most Valuable Player.

Valdez finished with 19 points while Jema Galanza added 14 markers in her first start of the season. Setter Jia Morado sat out the third set to rest her right shoulder.

The Cool Smashers ended the prelims with a 6-1 record.

Iriga-Navy hold a 1-6 record after the first round.