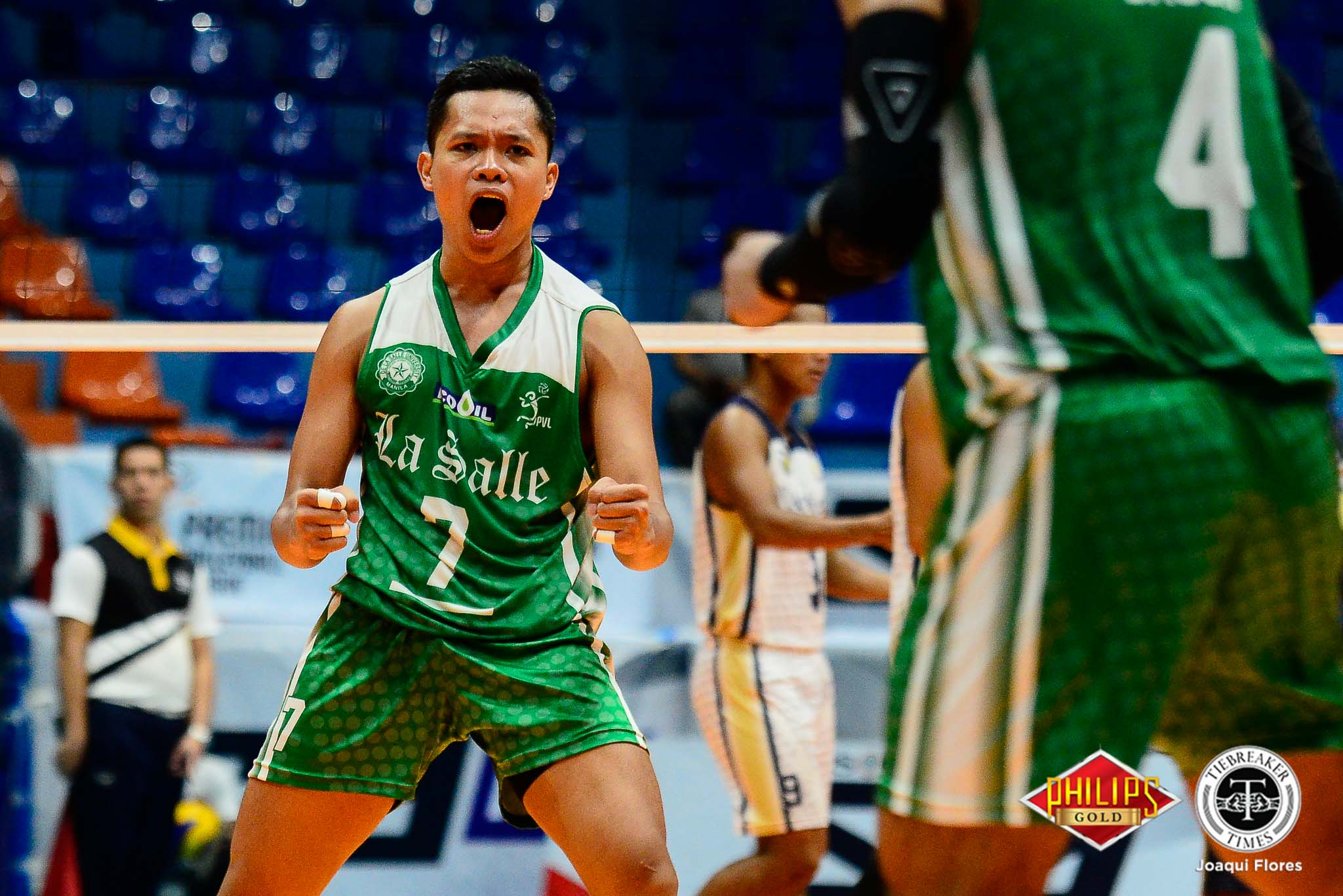 For La Salle head coach Norman Miguel, the turning point of the match was when the Taft-based squad gained their confidence from pinpoint passing.

The precise passing made it easier for setter Wayne Marco to orchestrate the Green Spikers’ offense, as he finished with 32 excellent sets. Team captain Cris Domago paced DLSU with 17 markers off 15 attacks.

The first two sets were see-saw battles, but when the Bulldogs gained their bearings in the third, it was a thorough win to deny La Salle the sweep. Nonetheless, the quick transitions from the latter eventually gave them the fourth set.

NU had the edge on attacks and serves at 55 and 8 against 52 and 5, respectively, but the 33 errors of the squad doomed them especially in the crucial stretches of the sets.

La Salle (2-4) will try to continue reviving their semifinals hopes when they face their sister school College of Saint Benilde (3-2) on Saturday, August 18 at 6pm.

Bryan Bagunas had a monstrous finish at 30 points in NU’s first loss of the conference.