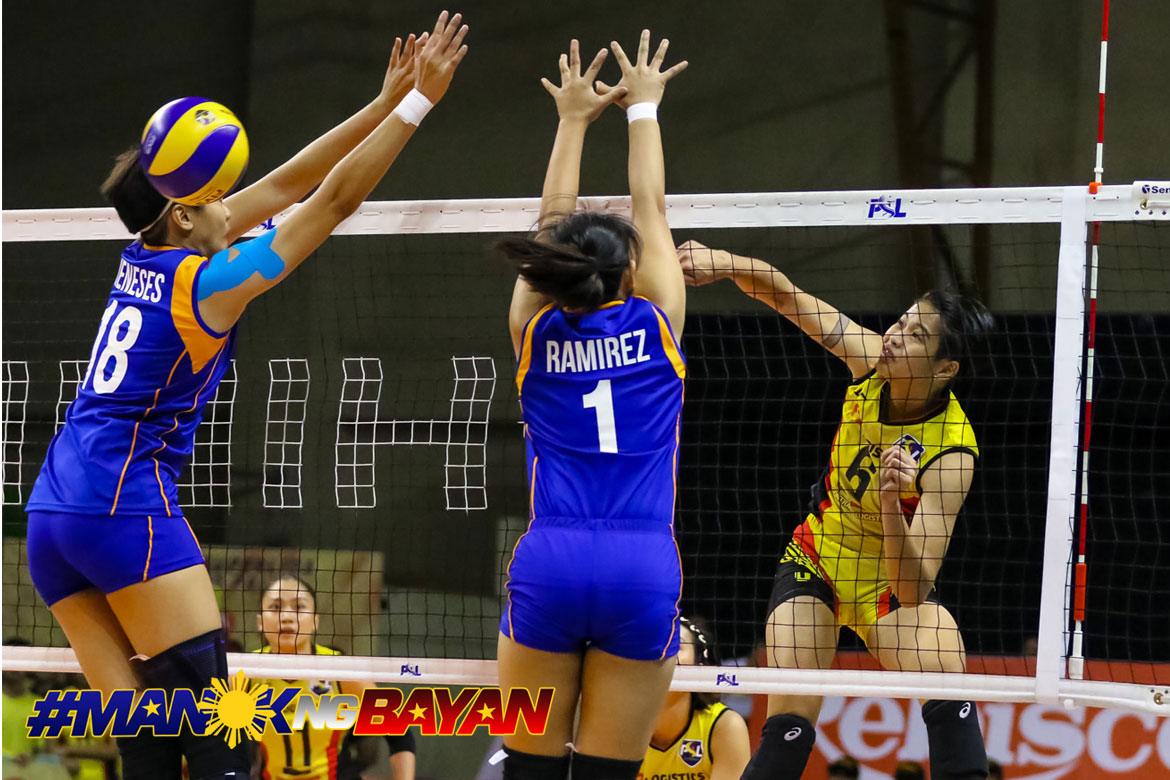 Ara Galang delivered her best performance this conference to tow the F2 Logistics Cargo Movers to an easy 25-22, 25-14, 25-10 victory over the Generika-Ayala Lifesavers, Saturday evening at the Baliwag Star Arena in Bulacan.

This the Cargo Movers’ fifth straight win, raising their card to 7-1.

Same could not be said for Generika-Ayala as it could not sustain its upset win over the Cignal HD Spikers last Thursday. The Lifesavers fell to 2-6.

After missing the Grand Prix last year due to a recurring knee injury, Galang made her presence felt as she knocked down 13 attacks, four aces, and a block for the Cargo Movers.

Darlene Ramdin was the sole Lifesaver to score in double digits.

F2 Logistics will next face the Cignal HD Spikers on Thursday, April 5. Generika-Ayala, on the other hand, take on the Foton Tornadoes on Saturday, April 7. Both games will be played at the Filoil Flying V Centre.