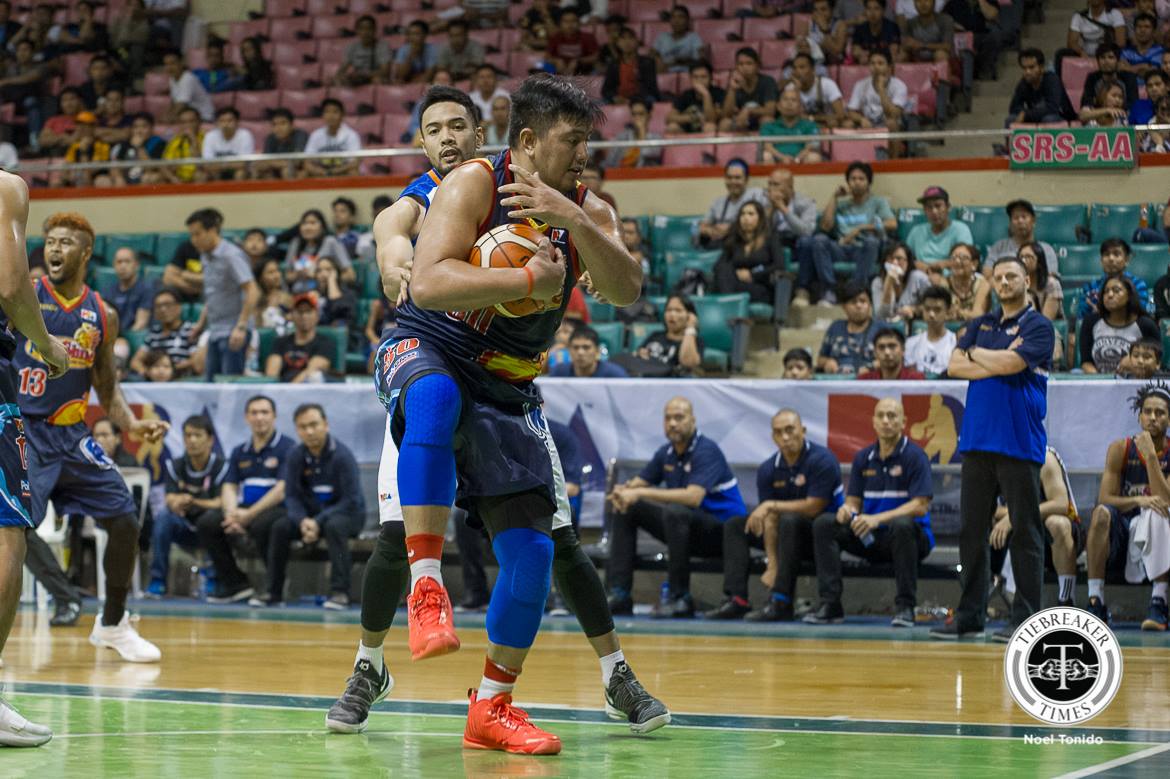 The Rain or Shine Elasto Painters started their 2017-18 Philippine Cup campaign on a high note as they escaped the challenge imposed by one of the league’s favorites in TNT Katropa, 82-79, Friday at the Cuneta Astrodome in Pasay City.

“It’s good to start the season with a win but ang daming lapses, turned the ball over too much, offensive boards we gave up to TNT,” said Elasto Painters head coach Caloy Garcia.

“The nice thing about it is we’re able to get this win. We can’t win lots of games if we play this kind of game,” the second year mentor added.

Beau Belga spearheaded Rain or Shine with 14 points, five rebounds, and three assists. Chris Tiu supplied 12 points and three dimes as well, while Raymond Almazan finished with a double-double of 11 markers and 11 caroms.

However, Rain or Shine responded on the other end and produced a 14-5 rally of their own punctuated by Tiu’s shots from the foul line to establish a seven-point, 80-73 cushion with 1:16 remaining.

No lead was safe though as the Texters threatened one last time and gave their counterparts another big scare. After triples from Jayson Castro and Kelly Williams, Rain or Shine’s lead suddenly went in danger, 82-79, with 24.1 ticks left to play.

The Katropa had a great chance of sending the game into overtime after forcing the Elasto Painters into a turnover with less than 20 ticks to go. Unfortunately, Castro failed to create space for a decent look, and he badly missed the game-tying trey.

Castro was able to gain the board and pass it out to Williams, but the latter missed as well. TNT had another chance to secure the loose ball, but a timely tap by Belga ended the Katropa’s hopes and sealed the win for the Elasto Painters.

“We’re just lucky that they missed that shot at the end,” said Garcia.

Gabe Norwood had 11 points for Rain or Shine.

Castro top-billed for TNT with 18 points and 10 assists, while sophomore Roger Pogoy backstopped him with 16 markers on 7-of-18 shooting.

Anthony Semerad, who left the game in the 8:38 mark of the final quarter and never came back due to an injured knee after colliding with Tiu, still finished with 13 markers, scoring 10 in the first half alone, spiked by four triples.

Both teams will return to the Astrodome next Friday, December 29, for their respective assignments. Rain or Shine will face Blackwater Elite at the 4:15 PM curtain-raiser, while TNT will face the Alaska Aces in the main event at 7:00 PM.

#ReadMore  Win over Meralco was a much-needed boost for TNT, admits Pogoy