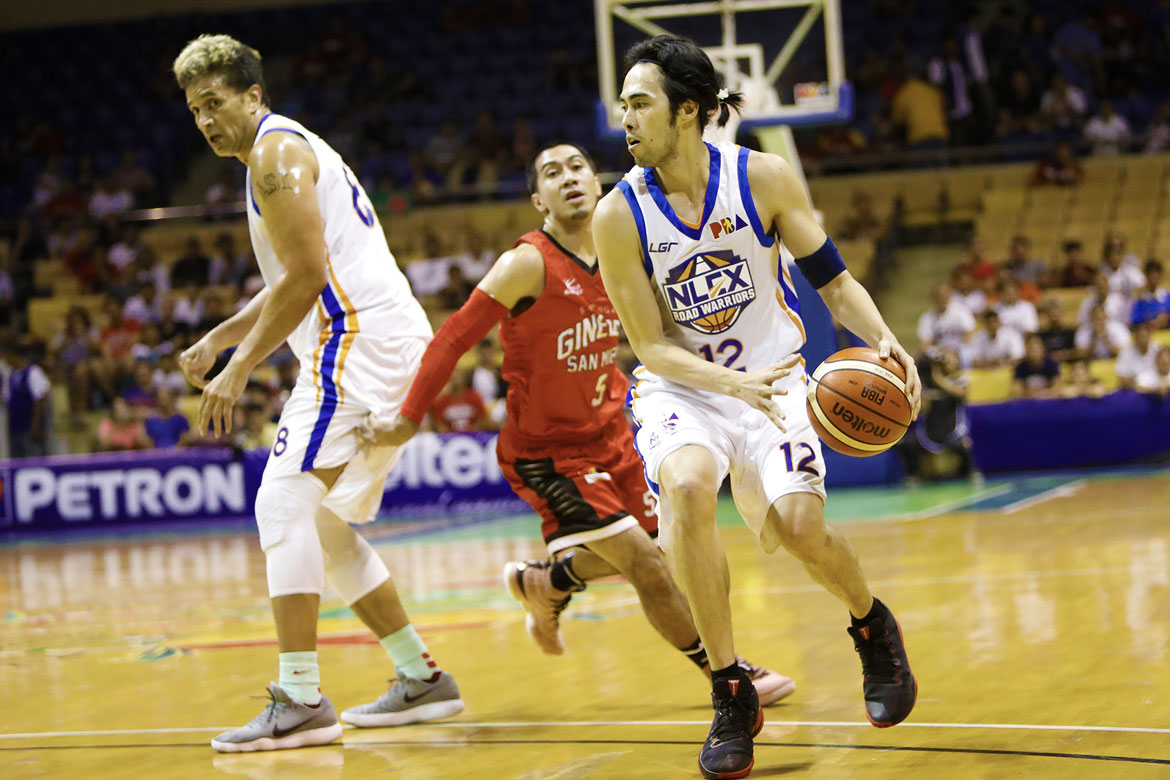 Both teams now sport a similar 3-4 card in the team standings.

“The important thing for us is we break our losing streak and we give ourselves a chance to be in the fight,” the champion mentor added.

Larry Fonacier had 17 points to lead NLEX, who even went down by as much as 14 in the third. JR Quiñahan had 14 points and five rebounds, while Cyrus Baguio scored 13 — 11 in the fourth — with six boards and three dimes.

The Road Warriors were down by seven with less than eight minutes in the final frame, but turned the tables in their favor by unleashing a 9-0 run — capped by Fonacier’s triple — to snatch the lead, 75-73, with 5:07 remaining.

Japeth Aguilar and Greg Slaughter lifted the Gin Kings to a 77-73 lead afterwards. However, Quiñahan took matters into his hands, nailing back-to-back buckets to propel NLEX ahead once more, 79-77, with 1:47 left.

From there, things went down for the Barangay. They had a chance when Ravena missed a potential dagger and Slaughter got sent to the foul line in the last five seconds, but the seven-footer only made one of two.

Sol Mercado was then whistled for a technical foul for not reporting to the official’s table, which made things bleaker for Ginebra. Fonacier made the technical free throw to make it 80-78 with 4.4 ticks left.

Ravena’s split charities off a duty foul with four-tenths of a second left to play sealed the deal for NLEX.

“Just having the chance to play the next games with a hope that maybe we can make it in the next round, that would be a big encouragement for us,” Guiao added. “We’ll try to use this win as a spark to fight harder in the next games.”

Alex Mallari had 11 markers and six caroms for the Road Warriors. Big man Raul Soyud only scored two points, but made his presence felt in the victory with 10 rebounds.

NLEX will look to build a streak when they face the Meralco Bolts on February 9, Friday, 7:00 PM also at the Astrodome, while Ginebra will aim to get back on track versus the Kia Picanto on February 7, Wednesday, 7:00 PM at the Mall of Asia Arena