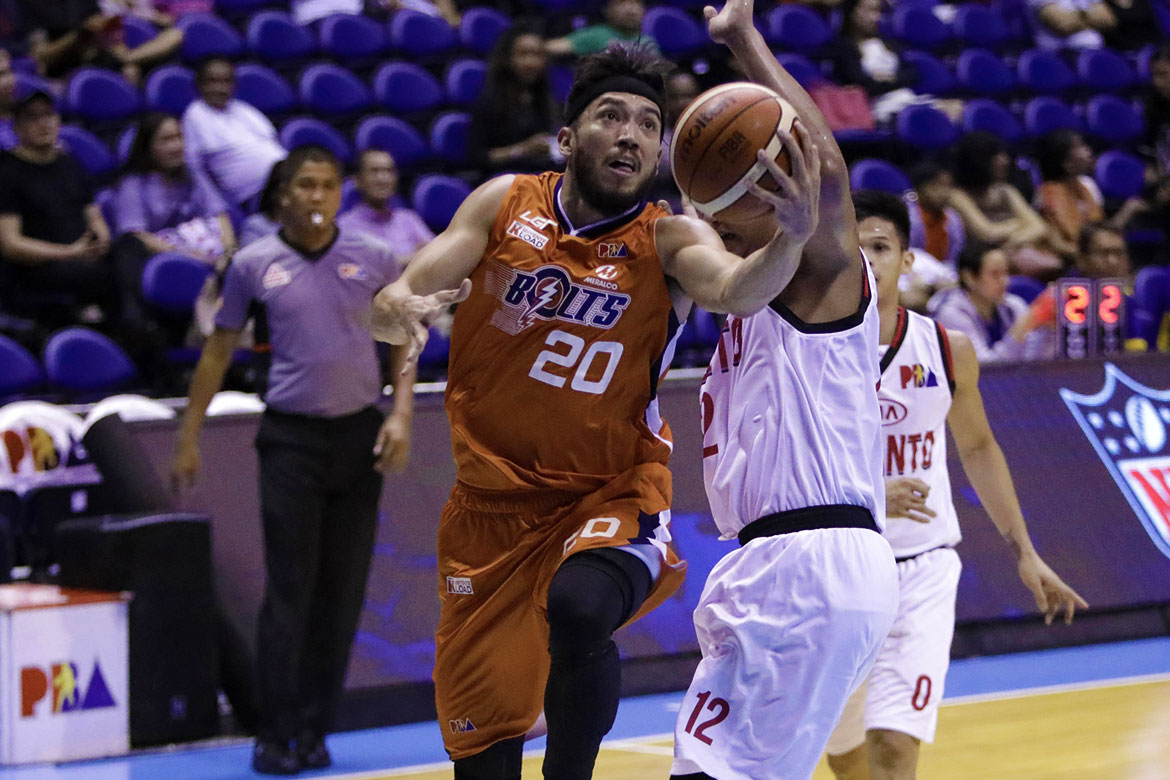 With Cliff Hodge returning to action, an almost-complete Meralco Bolts finally put their three-game slide to rest by sending the Kia Picanto crashing back to earth, 105-76, Wednesday evening at the SMART Araneta Coliseum.

The Bolts improved to 2-3 as they registered their first win since their 103-98 triumph over the Blackwater Elita last December 22, 2017; while Kia, who missed the services of Eric Camson due to a one-game suspension following his fistfight with Rain or Shine’s Raymond Almazan last Saturday, dropped to 1-5.

“It was nice to see a lot of players play with effort tonight,” said Meralco head coach Norman Black. “We had good defense early that we carried over all throughout. As far as our offense is concerned, we had a balanced attack.”

Kia were still in it in the first 12 minutes, until Meralco opened the second canto with a 9-0 scoring spree — punctuated by Hodge’s lay-up — to establish a 36-21 lead with 9:20 on the clock, which they would not surrender.

With everything going their way, the Orangemen’s lead ballooned to as huge as 34 points, 104-70, after Mac Baracael’s basket with 1:11 left to play.

Baser Amer nearly had himself a double-double for the Bolts, as he had 10 points and nine rebounds along with five assists. Hodge, who had his bone spurs removed from his ankles, had eight points, six caroms, and three dimes.

Rashawn McCarthy led the Picanto with 17 points and 12 rebounds. Mark Yee provided 14 points and nine boards, while rookie Jon Gabriel finally got his feet wet after five games and made 13 points, six rebounds, and two steals.

Kia shot a horrid 32.5 percent from the field while allowing Meralco to shoot at an outstanding 50.6 percent clip.

Meralco will look to sustain momentum versus the GlobalPort Batang Pier this Sunday, January 28, 4:30 PM still at the Big Dome, while Kia will aim to bounce back versus the TNT Katropa next Wednesday, January 31, 4:30 PM at the Mall of Asia Arena.