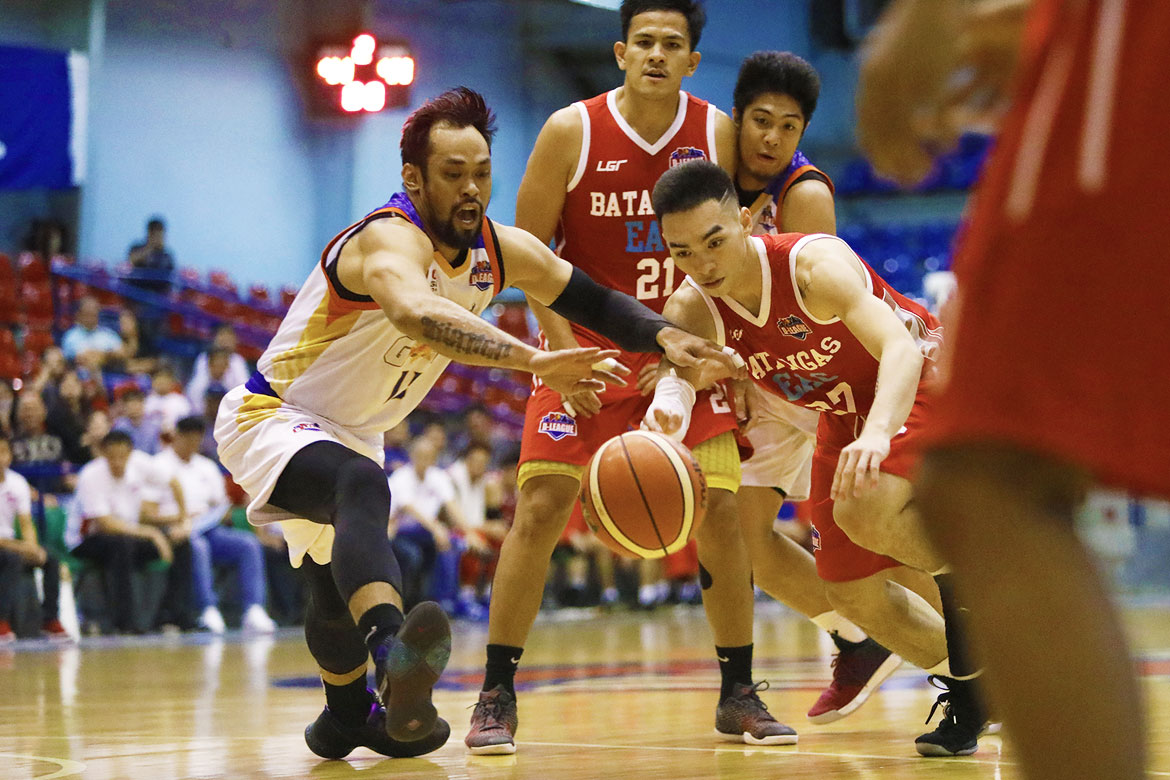 The Go for Gold Scratchers got it together late to turn back the Batangas-EAC Generals, 106-95, to gain back-to-back wins, Thursday evening at the Ynares Sports Arena in Pasig.

Yankie Haruna recorded his best game to date, leading the Scratchers with 23 points, five rebounds, three assists, and three steals, while ex-pro Jerwin Gaco unfurled a double-double in the tune of his 21 markers and 10 boards, as the two were major contributors in the team’s 60 bench points.

Justin Gutang registered 15 points, nine coming in the final frame, while hauling down 10 rebounds. J-Jay Alejandro had 13 markers and five assists in the win.

But coach Charles Tiu is far from satisfied, especially with how he felt his wards performed against a cellar-dwelling squad like Batangas-EAC.

“We have a tendency to think that we’re better than we really are,” he said. “We have never proven anything in the NCAA or D-League. it’s disappointing in that sense, but we’re happy with the win. We battled back despite Batangas controlling the game for the most part.”

Holding a 94-87 lead with 4:04 remaining, the Scratchers saw their lead dwindle down to three, 94-91, after back-to-back buckets from Cedric Ablaza and Earvin Mendoza with 2:47 left.

But Alejandro and Gutang saved the day for Go for Gold, canning big baskets in the end game to close the deal out for their crew.

Ablaza led his side with 21 points, 12 rebounds, and six assists, while Cedric de Joya got 18 markers for Batangas-EAC, which fell to 1-6.