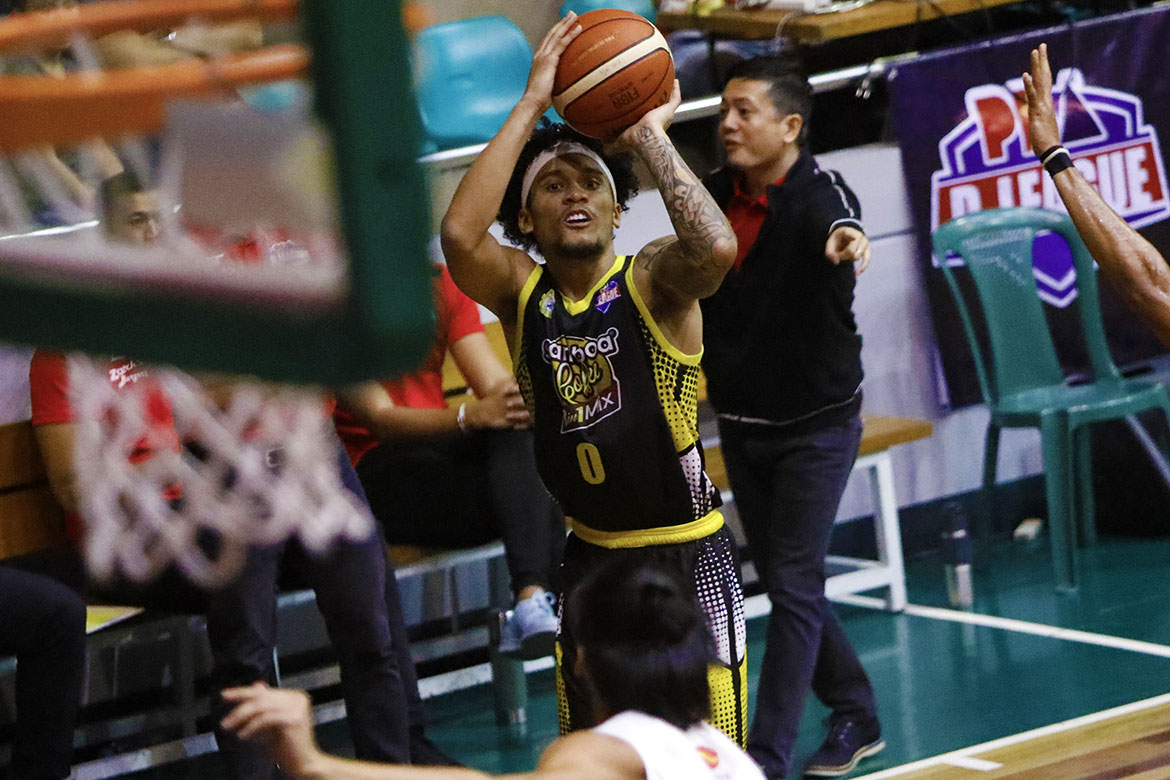 The Gamboa-St. Clare Coffee Lovers survived a late rally from the Zark’s Burger-Lyceum Jawbreakers to take the gritty 107-106 conquest in overtime, Tuesday afternoon at the JCSGO Gym in Cubao.

Trevis Jackson cashed in on the Jawbreakers’ late miscue, where they were charged a technical foul for calling excessive timeouts after Jaycee Marcelino tried to call for a break. Jackson canned the go-ahead freebie with 0.9 seconds left to put the Coffee Lovers up one.

“Buti na-shoot ni Trevis,” remarked coach Jinino Manansala, who was relieved to pull off the win.

Marcelino had a chance to atone for his error, but his late shot rolled out of the ring as the buzzer sounded.

The Filipino-American floor general poured 29 points, six rebounds, and four assists on a 6-of-11 shooting from threes, including the game-tying triple with 9.5 ticks remaining in regulation, to force the 93-all deadlock.

Gamboa-St. Clare move up to sixth place with their 4-3 card.

The Coffee Lovers survived Zark’s-Lyceum’s late rally led by CJ Perez, who scored seven straight points to tie the game at 106 with 9.5 on the clock.

Dionisio went for the dagger three, but his shot missed and was rebounded by Marcelino, who had a momentary lapse of judgment and called a timeout that his team did not have.

Zark’s-Lyceum fell further down the standings with their 4-4 record.