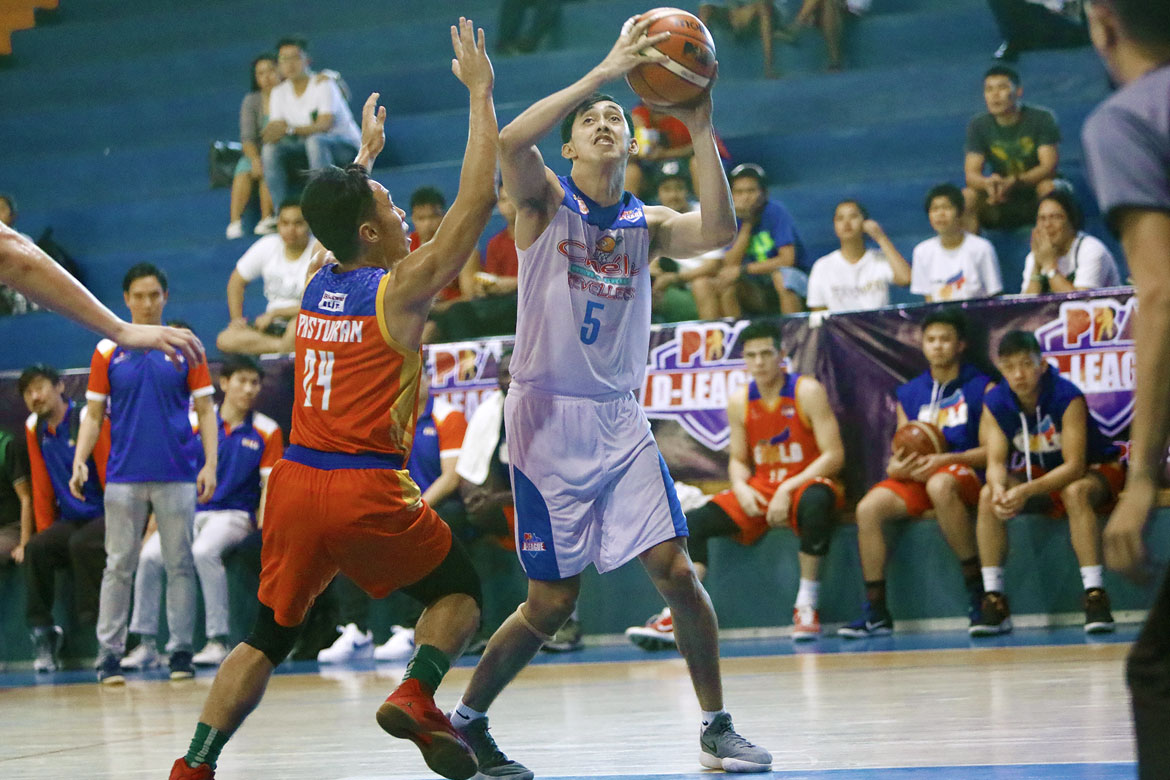 The Che’Lu-San Sebastian Revellers whipped the Go for Gold Scratchers, 87-65, to gain its first back-to-back victories, Tuesday afternoon at the Marikina Sports Center.

Michael Calisaan was once again the rock for the Revellers, tallying a double-double in the tune of his 13 points and 10 rebounds as they moved up to fifth place at 4-3.

Allyn Bulanadi led the squad in scoring with 15 markers and three boards, while Samboy de Leon shot 3-of-4 from threes to garner 14.

It also helped that the Scratchers continued to waste their opportunities, this time turning the ball over 25 times which led to 33 points for the Revellers.

Justin Gutang topped Go for Gold (2-3) with 12 points and six rebounds in the defeat.

After posting first streak, Michael Calisaan feels Che’Lu-San Sebastian ready to get back at Zark’s-Lyceum

Back to the future for FEU goalkeeper RJ Joyel