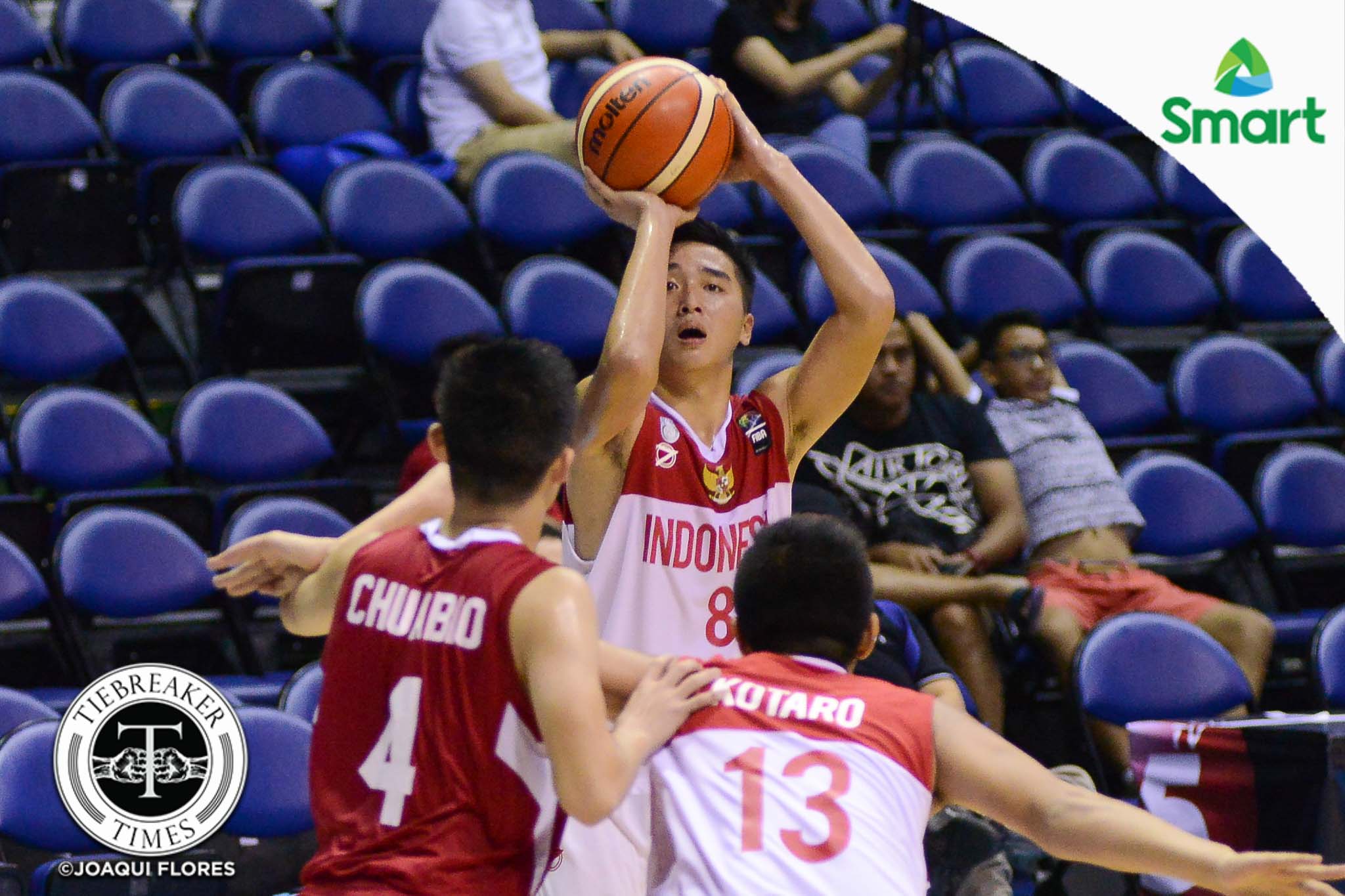 Behind Kotaro Hans’ hot start and Darryl Sebastian’s poise, the Indonesian youth team was able to pick up its first win, taking a 75-67 win over Singapore, Wednesday morning at the SMART-Araneta Coliseum.

The win keeps Indonesia’s slim hopes of qualifying for the 2017 FIBA Asia U-16 Championship alive. However, with a 1-4 slate, Indonesia is hoping that Singapore defeats Thailand by a margin of more than 30 points on Thursday, May 18. Three teams will qualify for the continental meet.

Hans hada blistering start as the 16-year-old scored 12 of his 15 points in the first half. The power forward went 3-for-3 from the field in the first frame to help Indonesia gain an early 17-6 edge.

But when Singapore rallied back in the third frame, it was Sebastian, who is celebrating his 16th birthday tomorrow, that helped Indonesia break away.

With Lok Yao Tor carrying Singapore on his back, they were able to slice the lead to just 34-36 entering the second half. Sebastian though scored five points in a 14-5 rally to regain their edge.

Sebastian finished the game with 17 points to go along with five rebounds, a steal, and a block. Arrigom Fernanda chipped in 10 markers.

Indonesia led by as much as 16 points in the final frame, 65-49. Filipino-Singaporean David Chuabio and Bryan Teo gained the hot hand late in the game but time was not on their side.

Singapore out-rebounded Indonesia 53-49 but were forced to commit 32 turnovers to stop them from getting their flow.