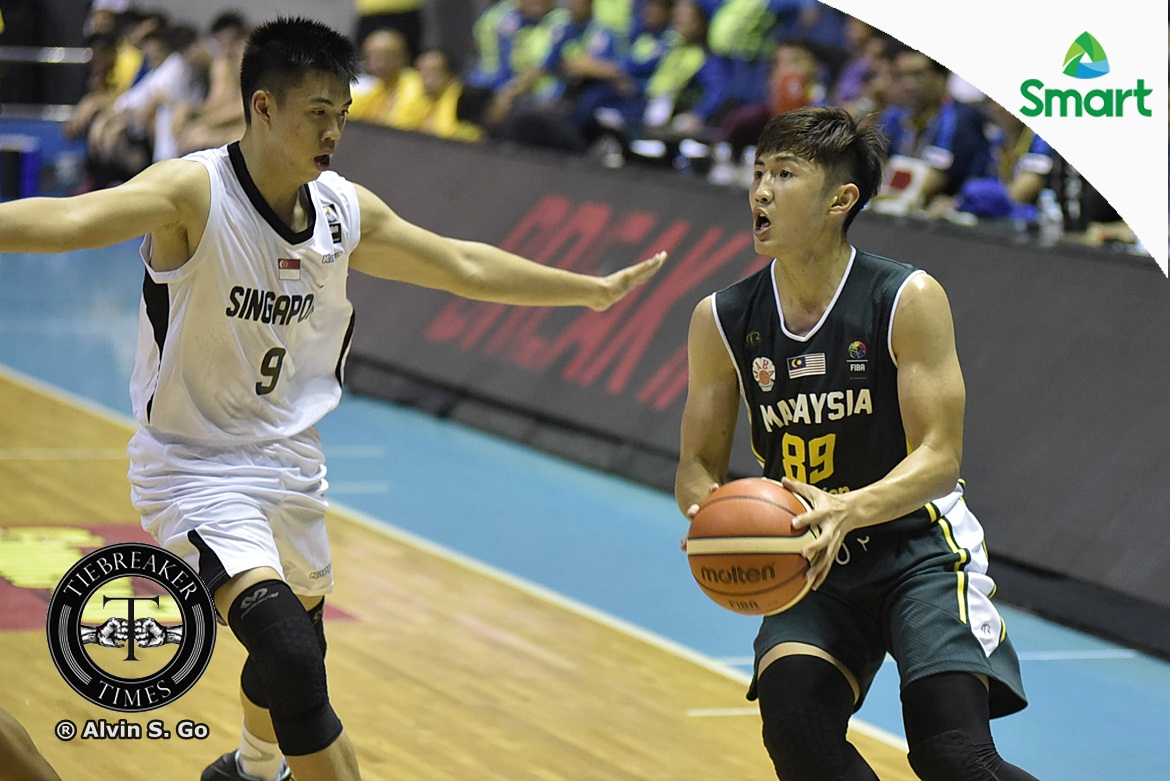 With both teams hungry for their first win in the 2017 SEABA Championship for Men, Malaysia displayed poise down the stretch to nip Singapore, 45-41, to halt their three-game skid Monday night at the SMART-Araneta Coliseum.

Malaysia’s card has now improved to 1-3 after the win, while the Singaporeans remained at the bottom of the standings along with Myanmar with a 0-3 slate.

Ting Chun Hong was the lone double-digit scorer for Malaysia with 18 points on 16 shots, to go with seven rebounds and three blocks.

The Malaysians had a comfortable 39-32 lead with 4:45 to go in the final period, but Singapore — with veterans Delvin Goh, Wong Wei Long, and Leon Kwek joining hands on offense — closed to within a field goal, 43-41, with 25.6 left to play.

Singapore had chances to tie things up after Malaysia’s Liaw Chee Huei muffed his foul shots, but big man Chan Kek Thai grabbed down the miss with 10.7 seconds left. He was sent to the line and split his freebies, 44-41.

Wong and Hanbin Ng each launched shots from beyond the arc, aiming to send the game into a deadlock, but their shots failed to meet its mark. Liaw secured the board, and his split charities were enough to end Malaysia’s slide.

Just like Ting, Goh was Singapore’s only bright spot as he finished with a double-double of 14 markers on 14 shots alongside 12 rebounds. He also racked up three blocks in a losing effort.

Malaysia’s defense proved stingy for Singapore, only allowing the latter to shoot 23 percent from the floor. They also forced the Singaporeans to commit 16 turnovers, which they turned to 10 points.

#ReadMore  Escoto continues to look up to Arwind Santos

Malaysia will try to improve their standing in the tourney against Vietnam tomorrow, Tuesday, May 16, at 5:00 PM, while Singapore will look to end their winless run versus Myanmar also tomorrow at 3:00 PM.