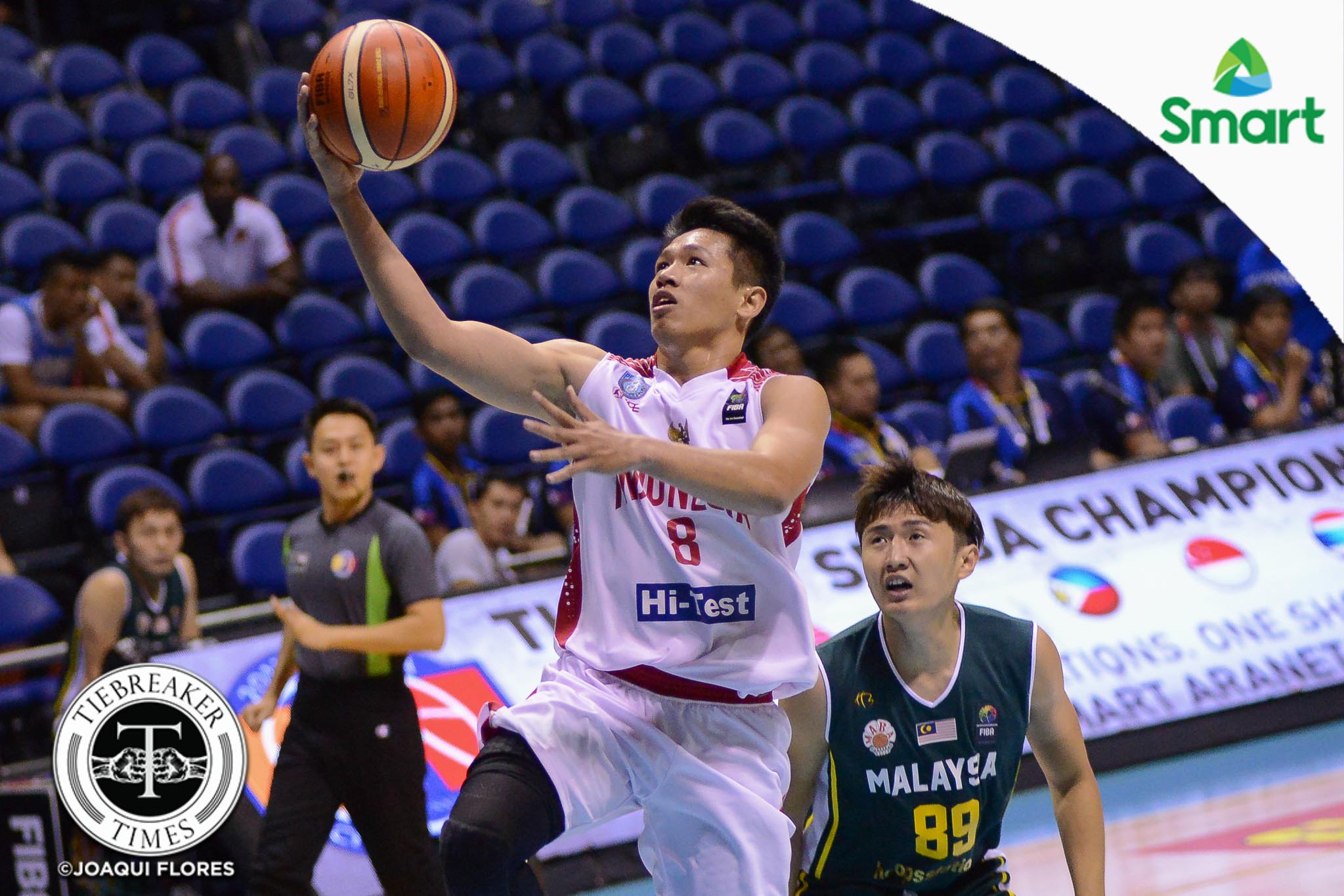 Still fielding in a line-up without Jamarr Johnson and Arki Wisnu, Indonesia managed to reign supreme over the younger Malaysians, 63-42, to rake in their second win in a row in the 2017 SEABA Championship, Saturday night at the SMART Araneta Coliseum.

Abraham Grahita, who had just eight points on five attempts during opening day, starred for Indonesia with 26 points on 9-of-16 shooting, with 3-of-5 coming from beyond the arc.

Indonesia once led by 15, 34-19, early in the third canto, but their wide cushion suddenly turned to a precarious five points, 42-37, after charities by Malaysian Chin Zhi Shin with 1:36 to go in the said period.

But the veteran-laden Indonesians proved to be too much for the younger Malaysians. They fired an 11-1 spree of their own, ended by Hardianus Lakudu’s free throws to lead by 17, 55-38, still with 6:31 left to play.

Back-to-back triples by Sandy Kurniawan and Andakara Dhyaksa approaching the game’s final minute were enough to wham the final nail in the coffin for Malaysia, who now sport a 0-2 record.

The Malaysian side were led by Ting Chun Hong with 16 points on 4-of-5 shooting.

Indonesia’s defense were too much for Malaysia to overcome. The latter shot only 22 percent from the floor, and they committed 18 turnovers that was converted to 20 points by Indonesia. Indonesia also scored more off second chances, 25-4.

Indonesia will try make it three in a row as they take on fellow 2-0 team Thailand tomorrow, Sunday, at 3:00 PM. Malaysia, meanwhile, will face a tall order as they slug it out with Gilas Pilipinas, also tomorrow at 7:00 PM.

June Mar Fajardo back at the gym