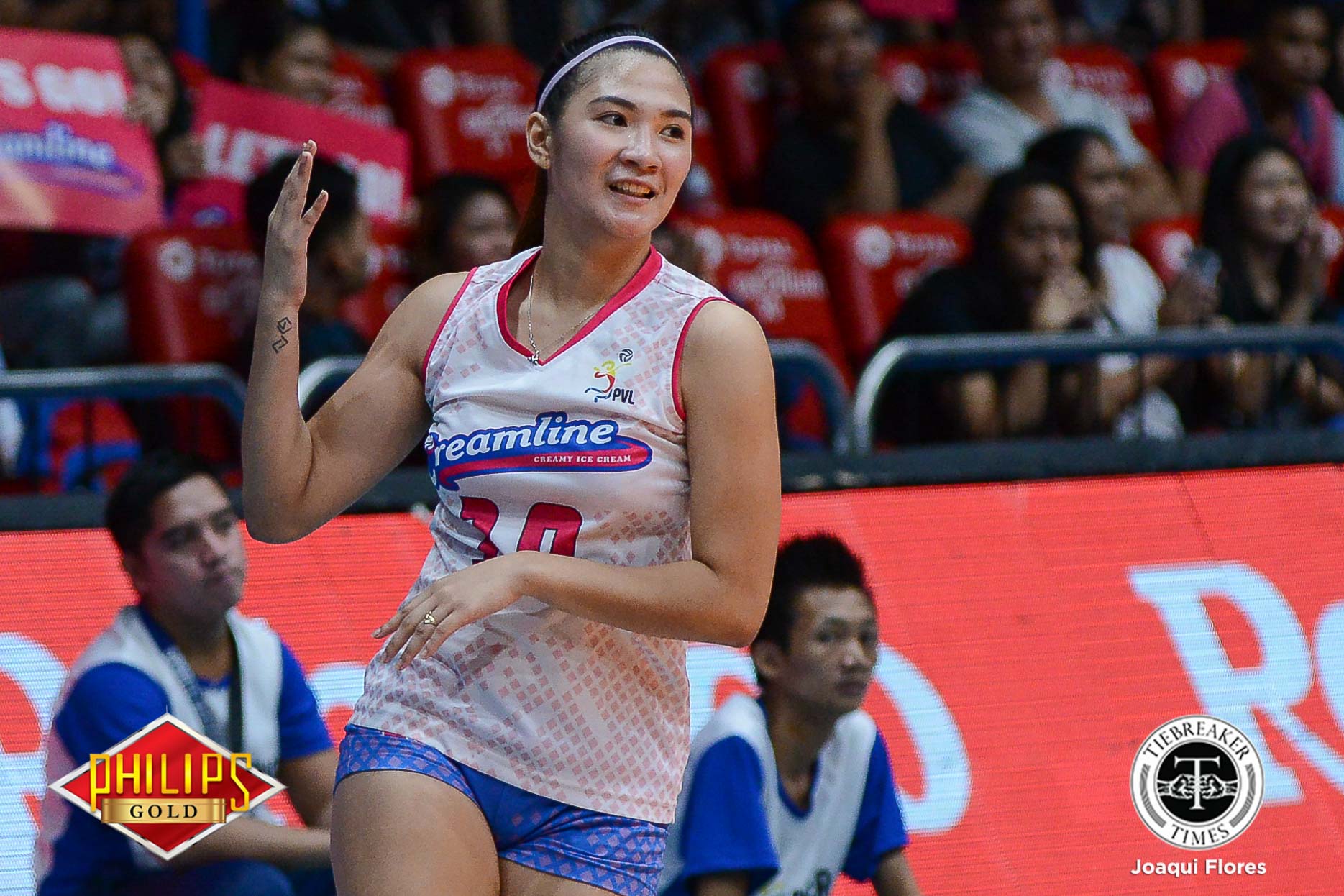 Perlas started the match on the right note, winning the first wire-to-wire. BanKo then went on to blow big leads in the following sets. The Cool Smashers surrendered five-point leads in both the second and third sets.

Creamline showed hardened grit in the fourth set, trailing 7-17. According to Cool Smashers assistant coach Oliver Almadro revealed that there was no pressure on the team to win and maintain their undefeated status heading into the semifinals.

With Perlas throwing errors and free chances their way, the Cool Smashers capitalized and tied the set at 20. Perlas eventually got first crack at set point, 24-23, but open hitter Cesca Racraquin kept the Cool Smashers in the game. Following a Perlas error, Creamline veteran Rose Cargas capped the match with a booming off-the-block hit.

“We enjoyed the game pero nag-focus pa din ‘yung girls,” Almdaro added as Creamline went 3-0 without star Alyssa Valdez. “We showed that we’re a talented team so when Alyssa gets back, maraming ready to step up for us.”

Racraquin finished with a 23 points, 22 of those coming off attacks. Vargas followed with 16 markers.

The Cool Smashers swept the elimination round and clinched the first seed for the Final Four.

READ  Cignal HD finally gets one over UVC, moves on to semis

Kathy Bersola topped Perlas with 22 points. BanKo, with a 3-4 slate, need Bali Pure to lose against Pocari Sweat for there to be a playoff for the last Final Four spot.