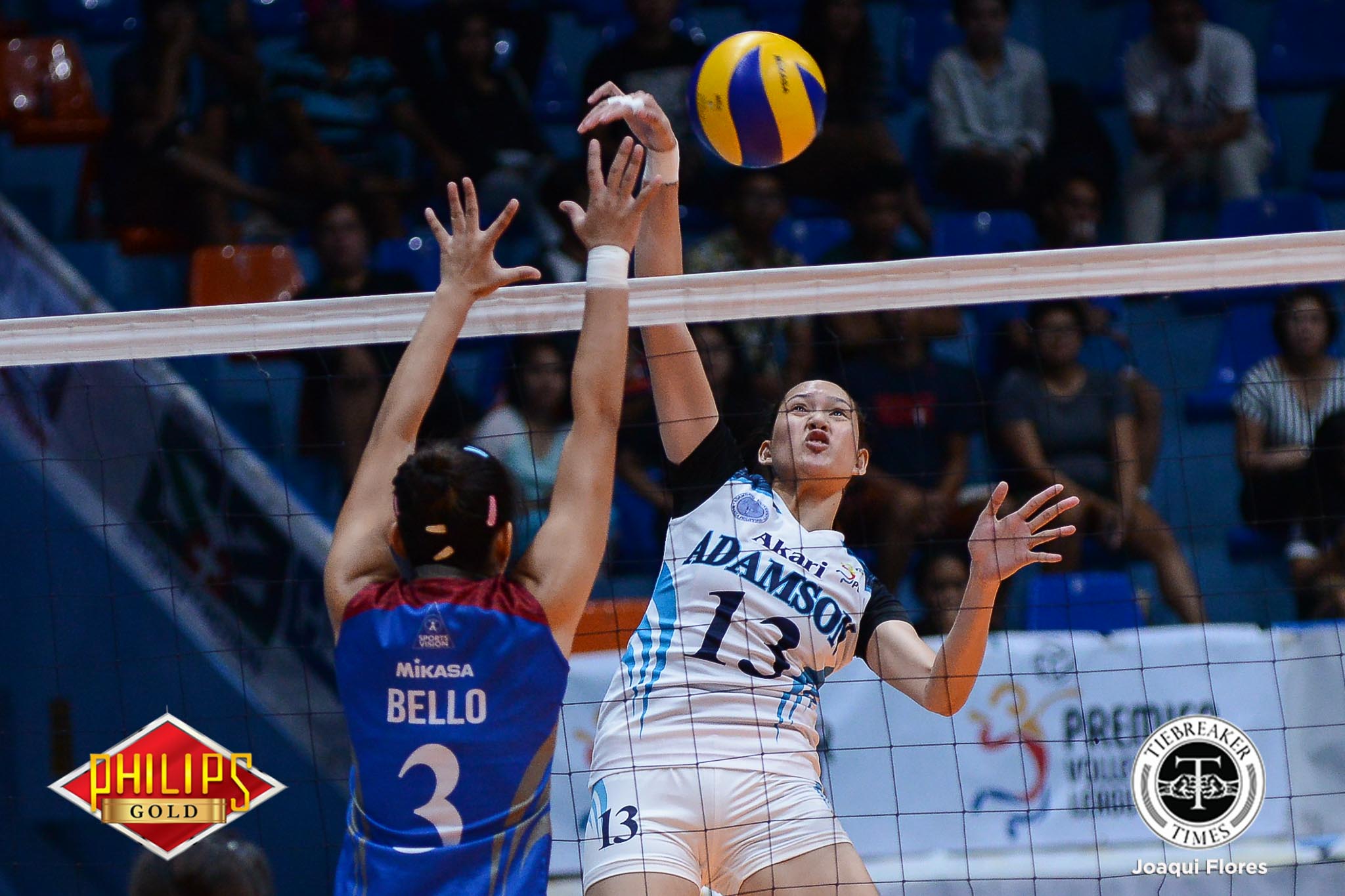 Soyud dropped 26 points, one short of the career-best that she had earlier this season, while also providing a defensive presence with 11 digs.

Still, Adamson head coach Airess Padda was alarmed with how her players responded to playing a no-bearing game. The Lady Falcons, regardless of this match’s result, were already through to the semis where they face the Far Eastern University Lady Tamaraws in a best-of-three series.

“I told them that you’re only really as good as your last hit,” said Padda. “I just didn’t want them going out of the gym with that type of performance. Regardless if was just a no-bearing game, I challenged them to play the best they can.”

The Lady Falcons could have won the match in the fourth set, holding a 19-17 lead. However, a slew of Adamson errors followed, ending with a mis-set to Soyud that extend the match to five sets. In the decider, the Lady Falcons pulled away early, grabbing a 10-6 lead and never looking back.

“We still have a lot to work on. Especially not having Jema around for the next few games, we’re going to need other players to step up consistently,” Padda pointed out.

The Lady Falcons ended the group round with a 5-0 record.