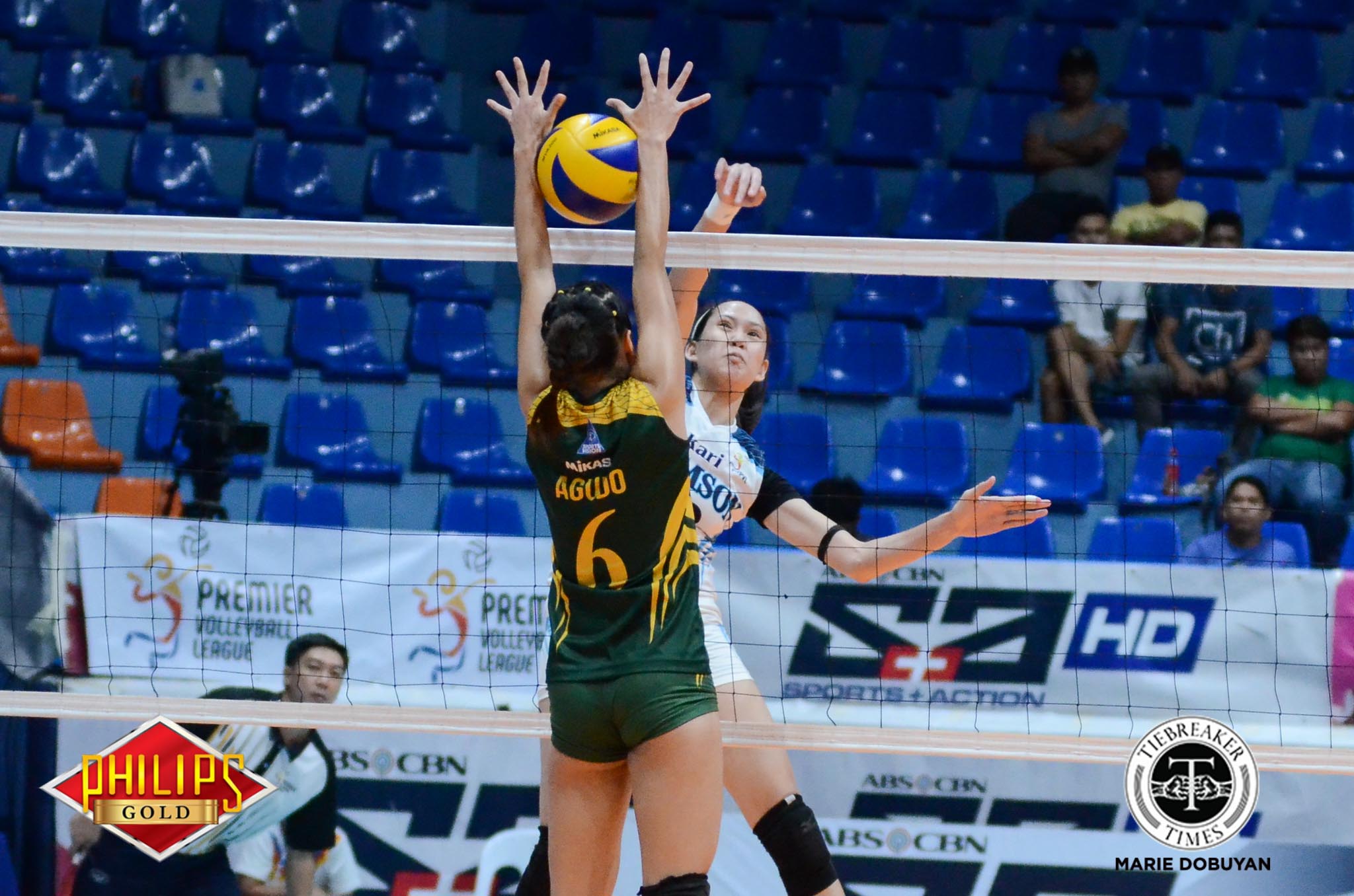 With both squads missing their team captains, the Lady Falcons recovered from being a set down to conquer the Lady Tamaraws, 21-25, 25-22, 20-25, 25-14, 15-8, and move a game away from securing a spot in the Premier Volleyball League Collegiate Conference Finals at the FilOil Flying V Centre.

“We knew that this was going to be a very close match just given both teams’ situations. We knew that we needed to dig deep to win tonight,” said Padda.

And the Falcons needed to scrap for every point and stay focused in long rallies. After dropping the third set in disappointing fashion, the Lady Falcons rallied from a 9-all tie in the fourth set and grabbed a decisive 20-11 lead to force a decider.

The Lady Tamaraws kept the fifth set close, until a slew of stellar Adamson defensive plays shut down their offense and forced them into errors. The final point of the match was indicative of FEU’s late struggles, as Jerrili Malabanan slammed a ball long.

Padda was relieved with how her team had recovered, especially since they did not have top scorer and all-around star Jema Galanza.

“We were missing so much without Jema. So I tried a few things early in the game with the lineup that I thought we could work with. I guess that’s a learning experience for me as a coach,” she expressed. “I thought it just came down to our desire to win and execution in the last two sets. Hopefully, we can keep that up.”

Opposite hitter Eli Soyud continued to lead the Lady Falcons in Galanza’s stead, scoring 23 points off 18 attacks, four blocks, and an ace. Chiara Permentilla and Bernadette Flora each tallied 14 markers.

Game Two will be on Saturday at the FilOil Flying V Centre.