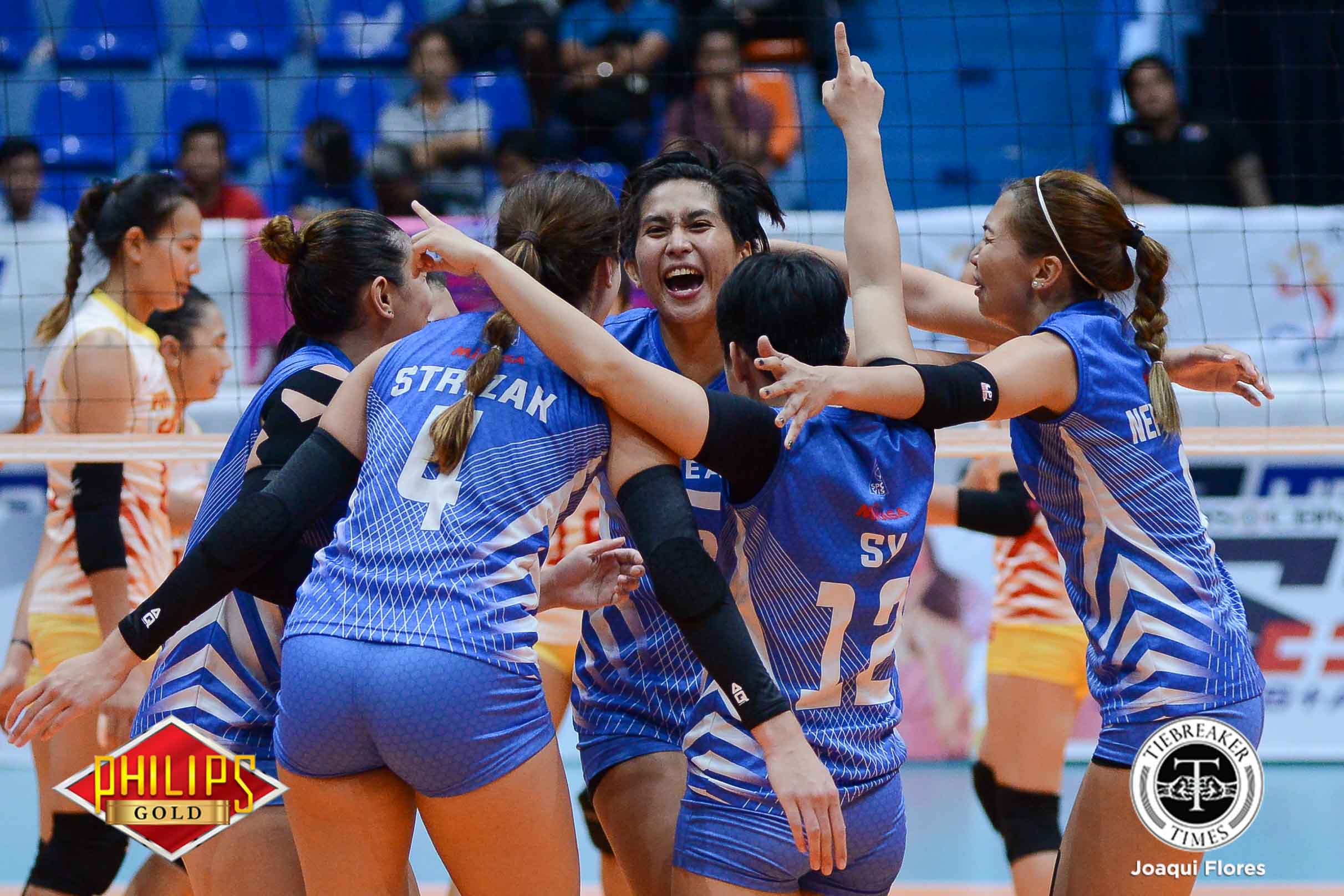 On the way to a straight-sets win, the Pocari Sweat Lady Warriors stuttered and had to escape the clutches of an upset-hungry Power Smashers side, to take Game One of the Premier Victory Reinforced Conference semifinals in five thrilling sets, 25-23, 25-19, 23-25, 22-25, 15-12, at the FilOil Flying V Centre.

Pocari Sweat stormed into the match, wearing down the Power Smashers’ steady defense to take the first two sets. But as they held a 19-14 third set advantage, the Lady Warriors’ energy fell off a cliff. Taking advantage of Pocari Sweat’s flat-footed movements, the Power Smashers rallied back and forced a fourth set.

The struggle continued into the fourth frame and the Lady Warriors could not match the Power Smashers’ renewed zeal.

The Lady Warriors got their act together at the start of the decider, taking a 9-4 lead. But attack errors and mis-receptions again gave the other side room to force a 10-all deadlock. Fortunately for the defending champions, they had one last blitz, going ahead 14-12 then getting a break off a Kannika Thipachot attack error to end the match.

“We don’t have problems getting leads. It’s maintaining where we have problems. We have to really work on that kasi it’s mental. We have the skills to win,” added Abella.

The Lady Warriors can enter their third straight Finals with a win on Tuesday at the PhilSports Arena.