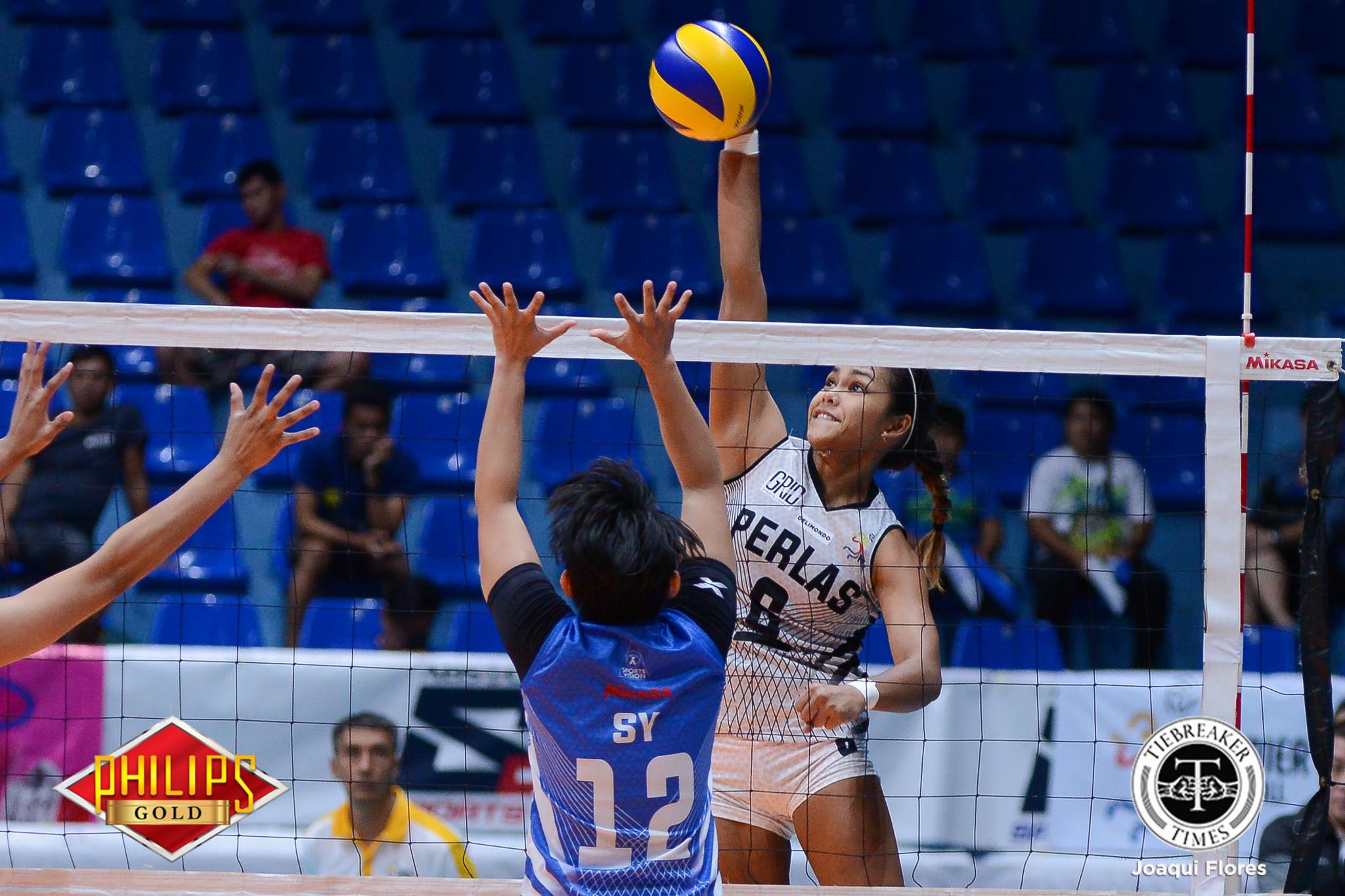 Dzi Gervacio was nearly unstoppable as the former Lady Eagle scored a game-high 18 points and buoyed the Perlas Spikers to a straight-set win over the struggling Air Force Lady Jet Spikers 25-23, 26-24, 25-13 in the Premier Volleyball League Reinforced Conference at the FilOil Flying V Centre.

The first two sets were incredibly close with Perlas needing to breakaway late from a chain of ties in the first set. Air Force led 20-17 in the second frame but their offense quickly broke down and allowed Perlas to come back and edge them out in a deuce. By the third set, the Lady Jet Spikers lost steam and succumbed to a 4-15 Perlas lead.

While they had already received e-mail confirmation to play their imports, Perlas wanted to play it safe.

“Actually, it was their (Inck and Hashimoto) prerogative na not to play today, they wanted to have a formal letter signed by the FIVB president or the AVC president para sure,” said Gervacio whose team improved to a 4-3 record.

“Kasi compared to all the imports in the league silang dalawa plus the American of BaiPure has ITC’s until May 15 so ‘yun but sa rules naman kasi it’s just the national team players are compulsory released lang so siyempre play safe mas mabuti na ang safe than what if semis of finals wala sila,” the former Ateneo Lady Eagle furthered.

The Lady Jet Spikers plummeted to the bottom of the league with a 1-5 slate.

Gilas remain as kings of SEABA