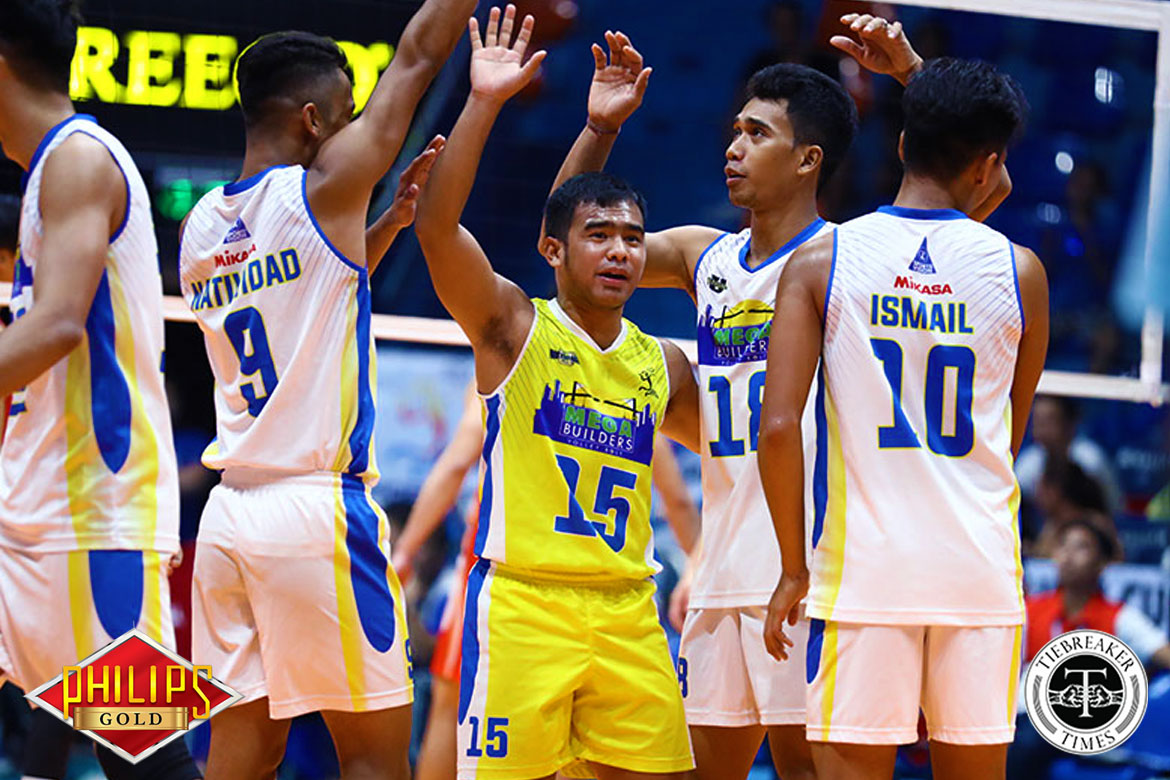 With Bryan Bagunas playing just three sets due to back spasms, there were a lot of players who stepped up in lieu of their ace spiker. Fauzi Ismail tallied a game-high 24 points, while James Natividad and Madz Gampong finished with 17 points each, the latter subbing in for Bagunas.

Though they dropped the fourth set that could have sealed the match, Dela Cruz and the Megabuilders were confident entering the fifth set.

With deciding set knotted at 9-all, Saura went connected on a quick attack to give the Megabuilders the advantage. But during the next possession that saw Peter Torres give up a point due to an error, the former National University Bulldog figured in a shouting match with Cignal head coach Oliver Almadro before storming off to the dugout.

And with the frustrations mounting, so did the focus of the HD Spikers. A service error by Erickson Ramos was followed by back-to-back service aces by Francis Saura to send the Megabuilders to match point. The HD Spikers were able to string together three straight points, the last two coming from net touches, but an emphatic kill by Ismail sealed Game Three for the PVL neophytes.

Saku Capate paced Cignal with 23 points. Marasigan added 18 points but needed 48 attack attempts to do so.

Joven Camaganakan powered Sta. Elena with 22 markers, while Berlin Paglinawan finished with 19 points. And they needed every point they could get to overcome Jeffrey Malabanan’s 26-point explosion.