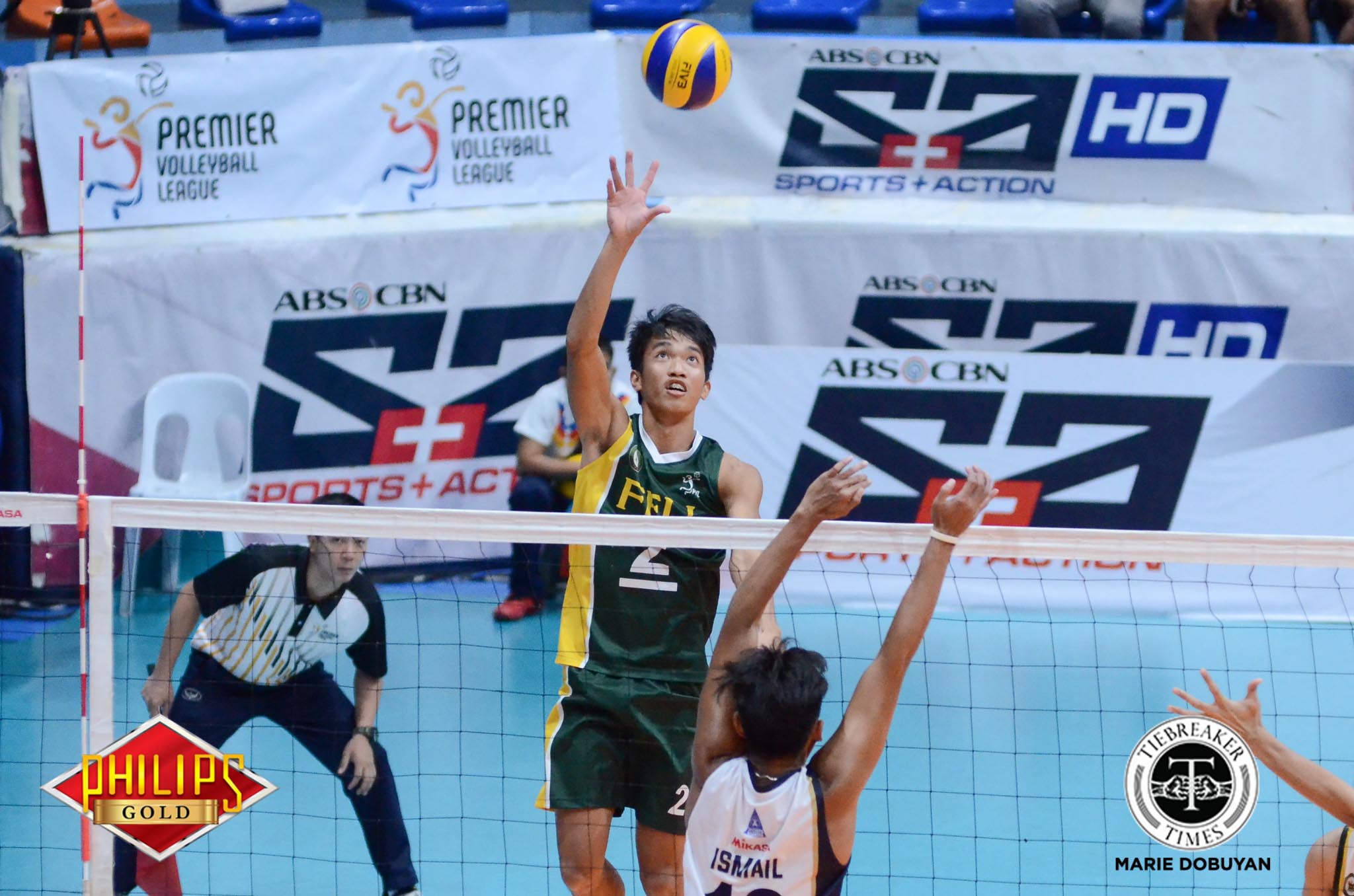 The Far Eastern University Tamaraws inched closer to Premier Volleyball League Collegiate Conference history after knocking off the National University Bulldogs in Game One of their best-of-three semifinals series, 25-22, 19-25, 19-25, 25-22, 16-14 at the FilOil Flying V Centre.

FEU could make the 2017 Finals for the first time without the Bulldogs, who have won silver in the past three editions, in league history.

For head coach Rey Diaz, this is exactly the type of confidence boost his young team needs. The Tamaraws had defeated the Bulldogs several times in the UAAP, almost clearing a twice-to-win disadvantage in the last Final Four. That team, however, had included several of their veterans who are no longer in the lineup.

The Tamaraws showed their resolve in the fourth set, eking out a tight win to extend the match to a decider. In the fifth frame, National U’s propensity for errors showed, costing them the match. Tied at 14, an NU attack error set up the winning FEU transition play to close the match.

The Bulldogs tallied 33 errors, most of which came in the last two sets, while FEU allowed just 22. The Sampaloc-based squad squandered a 14-2 block kills advantage.

Redijohn Paler led the Tamaraws with 18 points, while Jude Garcia and Richard Solis each managed 13.

Game Two will be on Saturday at the FilOil Flying V Centre.