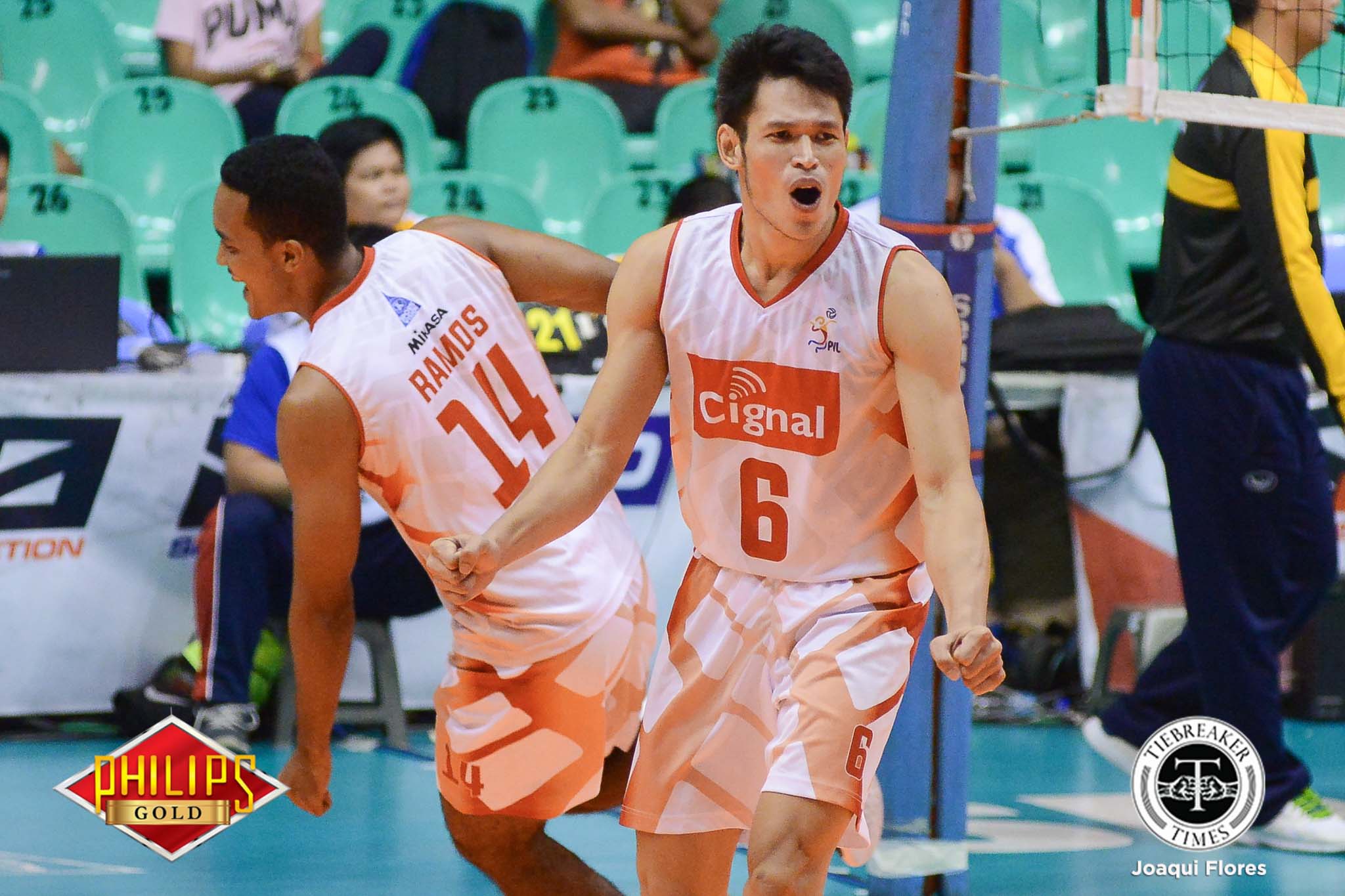 The Cignal HD Spikers displayed the full depth of their lineup after controlling the Sta. Elena Wrecking Balls in four sets, 27-25, 24-26, 25-16, 26-24, and copped the last ticket to the Premier Volleyball League Reinforced Conference Finals at the PhilSports Arena.

The HD Spikers sealed their fourth straight trip to the Finals, their first under head coach Oliver Almadro. They will meet the Air Force Jet Spikers, who took the last titles from them, in a best-of-three series.

Each set saw both squads juggle the lead before making a swift run in the end. The HD Spikers were bolstered by late Sta. Elena errors in each of the four sets. While the Wrecking Balls out-produced Cignal in nearly all scoring categories, their 38 errors were too much to recover from.

“We needed to show a lot of heart because Sta. Elena, hindi nila ibibigay ‘yung laro sa amin,” thought Almadro. “My players responded to the challenge. I hope we can keep doing this because Air Forces they’re also a really strong opponent.”

The Finals begin on Saturday at the PhilSports Arena.