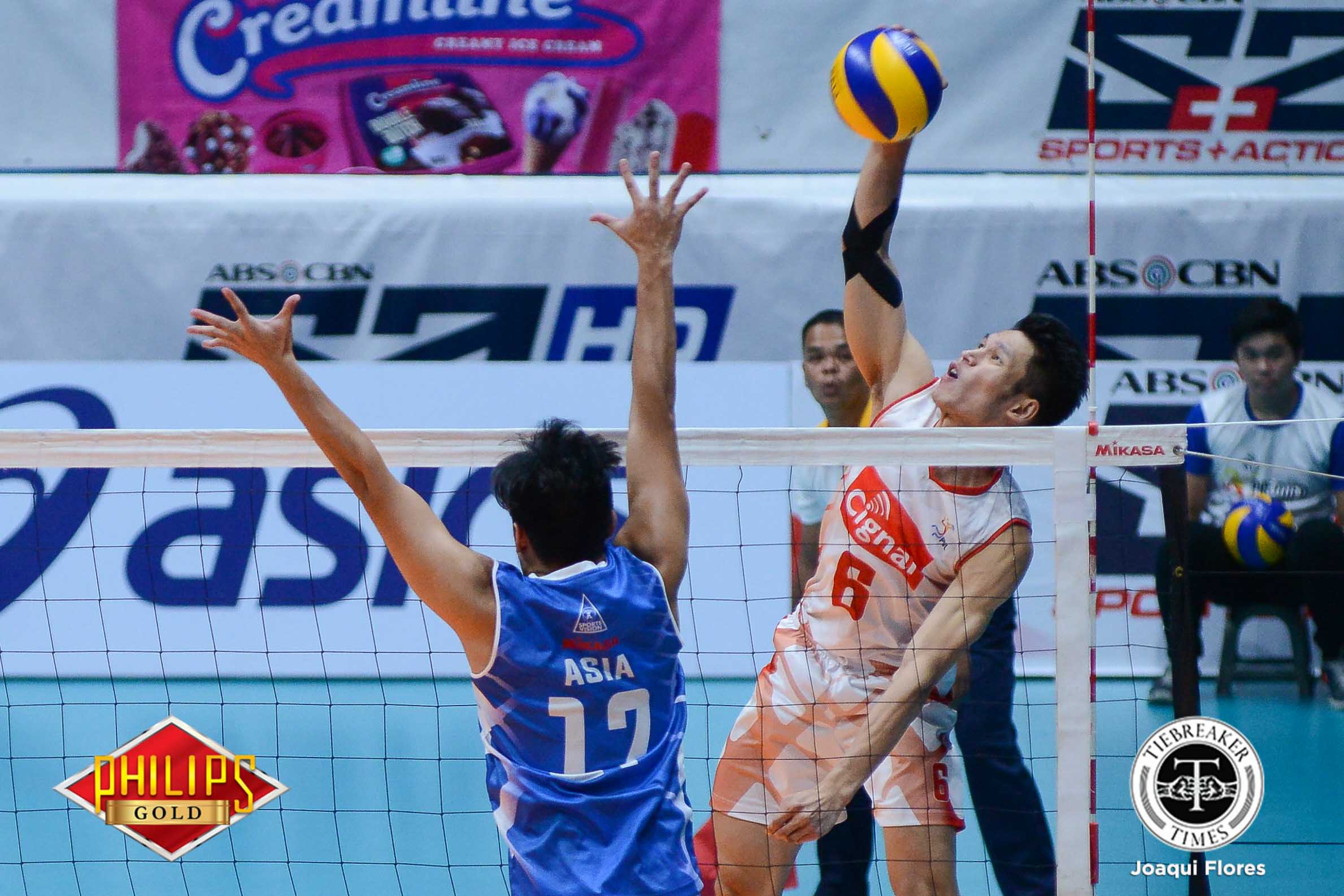 After being embarassed in a four-set Game One loss, Saku Capate and the Cignal HD Spikers were able to bounce back, showing the Sta. Elena Wrecking Balls why they were a top-two seed in a straight set win, 25-17, 25-19, 25-22, Tuesday morning at the Philsports Arena in Pasig City.

The win pushed the series to the limit. Game Three is set to take place on Thursday, June 8 at 12:00nn.

“I told my player to just believe that they can do it. Tapos unang-una, it’s not about the skills naman eh, it’s about the mindset,” said head coach Oliver Almadro.

Open spiker Capate, who was limited to just five markers in the series opener, lambasted Sta. Elena’s floor defense to the tune of 15 points, nine from attacks, four from blocks, and a couple of aces to boot.

“Ang mindset namin is when we go inside that court, ipapakita namin kung ano ang worth nila,” Almadro added.

With Capate doing most of the damage, tournament leading scorer Mark Alfafara was satisfied in chipping in just nine markers. Skipper Ysay Marasigan had nine as well to go along with 11 receptions.

Errors compounded Sta. Elena all throughout, handing Cignal 31 points off of it. Moreover, after scoring 11 points on the service line, the Wrecking Balls scored just one this game as Sandy Montero and Marasigan protected their turf.

“Sta. Elena is really a strong and talented team until to the last players on the bench kaya magdeliver. So we really have to be prepared, be challenged, and be inspired,” Almadro said about their opponents.