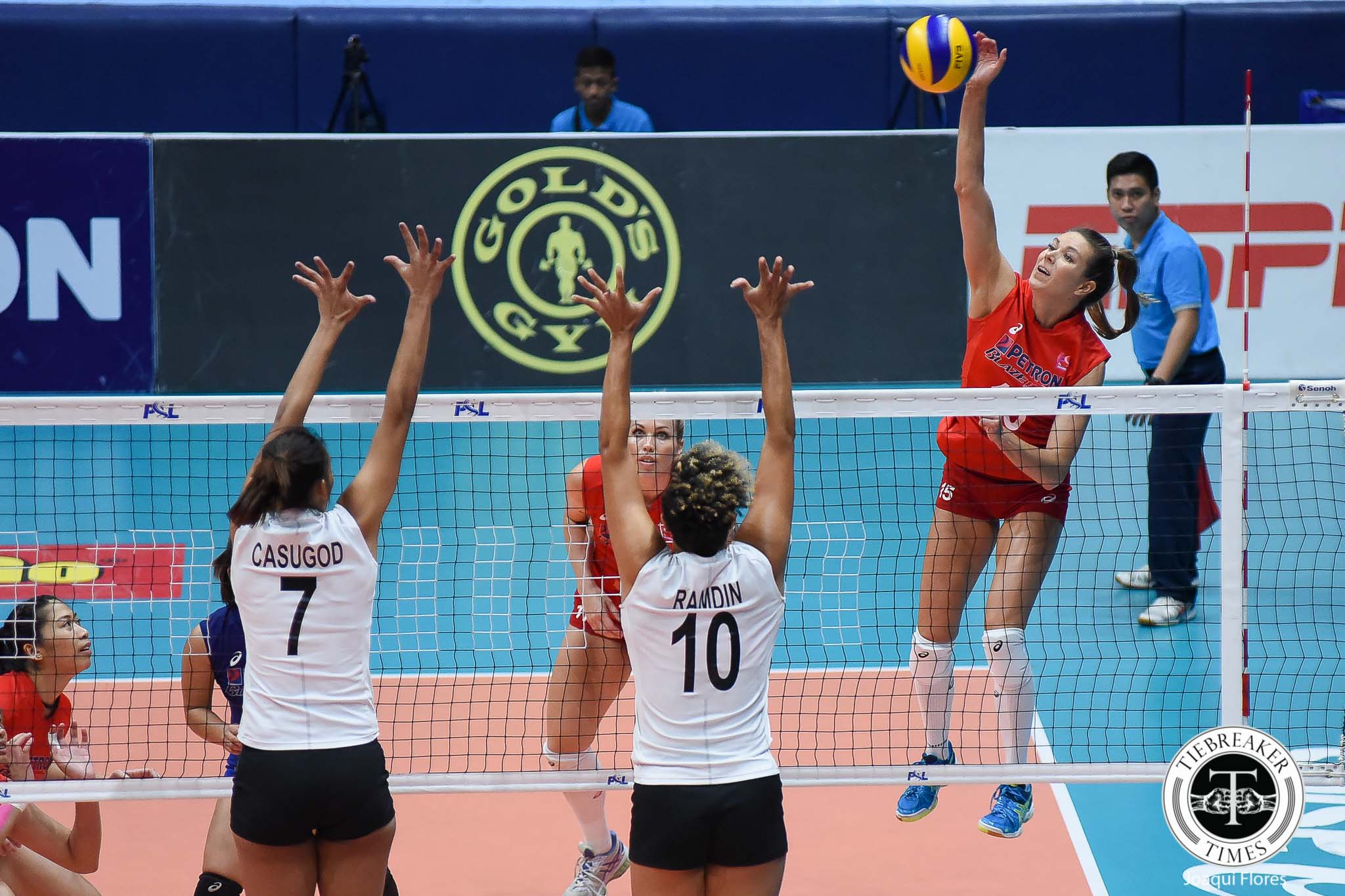 Judging by the number fans in the FilOil Flying V Centre, no one expected the Petron Blaze Spikers versus Generika-Ayala Lifesavers quarterfinals match to be exciting.

However, Petron — a consistent, dominant force throughout the 2017 Chooks-to-Go Philippine Superliga Grand Prix — were dragged into their toughest match of the conference by the seventh seed Generika-Ayala.

Petron’s tension was palpable right from the onset, as Generika-Ayala grabbed a decisive win in the first set. After taking the second frame in equally decisive fashion, Petron seemed to have control of the match.

Generika, however, refused to give way. With the third set hanging in the balance, Generika-Ayala rattled off a 3-0 run thanks to clutch serving from Katarina Pilepic, that gave them a 24-21 advantage. After a Petron point, the Lifesavers salvaged a broken play and turned it into a terrific hit for Darlene Ramdin to clinch a 2-1 sets lead.

Petron began to regain form midway through the fourth set. Tied at 10, Ria Meneses delivered aces and solid serves that powered a 7-1 Petron rally that broke the game wide open. Generika-Ayala tried to rally, coming within four points, 14-18. They got in their own way, though, as their consecutive errors pushed Petron to a decider.

The fifth frame had Petron up 5-2 early, before Generika countered with a 4-0 run to take the lead. From there, the Blaze Spikers finally got over their foes. Generika’s stingy defense unraveled in the end, as Lindsay Stalzer and Hillary Hurley picked them apart and combined for six of Petron eight points, in a run that gave them a 14-10 advantage. Hurley then capped the match, powering in a cross-court kill over two Generika blockers.

Ramdin put on her best performance in the PSL with 35 points, while her Croatian tag partner Katarina Pilepic added 22.

The Blaze Spikers will face the winner of the Foton versus Sta. Lucia match in the semifinals, which begins on Saturday at the SM Mall of Asia Arena.

Aaron Black can finally tell Coach Norman that he has one