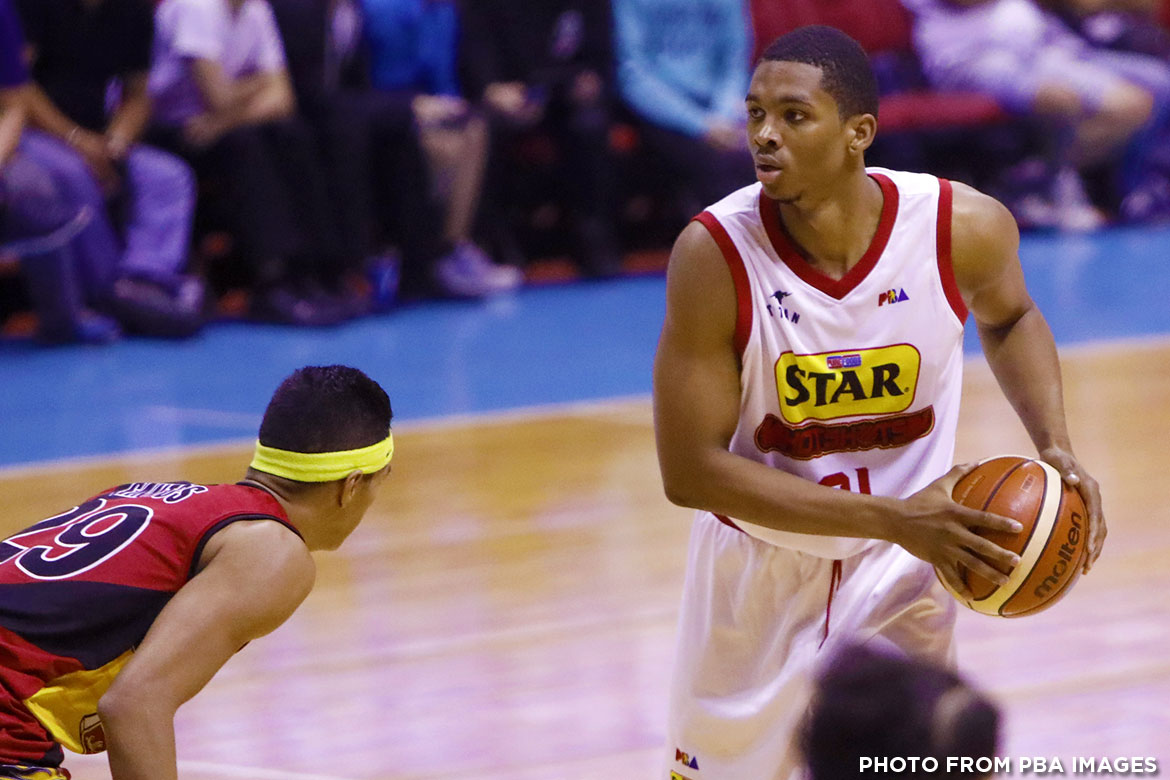 The Star Hotshots kept their slate intact as they managed to withstand the San Miguel Beermen’s comeback attempt in the closing minutes, 104-98, in the 2017 Governor’s Cup, Friday night at the SMART-Araneta Coliseum.

Malcolm Hill delivered the goods for Star once more, scoring 20 points on 18 attempts alongside nine rebounds and four assists. Center Ian Sangalang posted a double-double of 18 points and 11 rebounds.

The 21-year-old Hill then played the hero’s role for the white shirts afterwards, nailing a wing triple off a catch-and-shoot play to help Star widen the gap to five, 100-95, with just 62 seconds left to play.

Marcio Lassiter willed San Miguel back into contention, 98-100, after his corner triple off an inbound with 20.9 ticks left, but Santos’ potential rebound of Wendell McKines’ miss turned into an error as it went outside.

The Beermen then played the fouling game and hoped for a few misses, but Sangalang calmly converted all four shots of his two trips to the foul line to seal the deal for the streaking Hotshots.

“The reminder is to play 48 minutes together. We needed the A-game from everybody. It all boils down to the last possession every single game against San Miguel,” added Victolero on the grind-out victory.

“It was a grinding game,” the Mapua alumnus added.

Rafi Reavis added 13 points for the Hotshots, while Rodney Brondial supplied 10 markers on 4-of-4 shooting off the bench.

McKines paced SMB with a game-high 27 points and 22 rebounds. Lassiter produced 24 markers, while Santos made 19 points and six caroms. Alex Cabagnot and Ross had 12 and 10 points, respectively.

The Beermen played without center June Mar Fajardo due to a strained calf muscle.

Star will look to make it 4-0 as they battle Phoenix on August 23, Wednesday, 7:00 PM at the Mall of Asia Arena, while San Miguel will try to bounce back versus Globalport on August 25, Friday, 7:00 PM, still at the Big Dome.