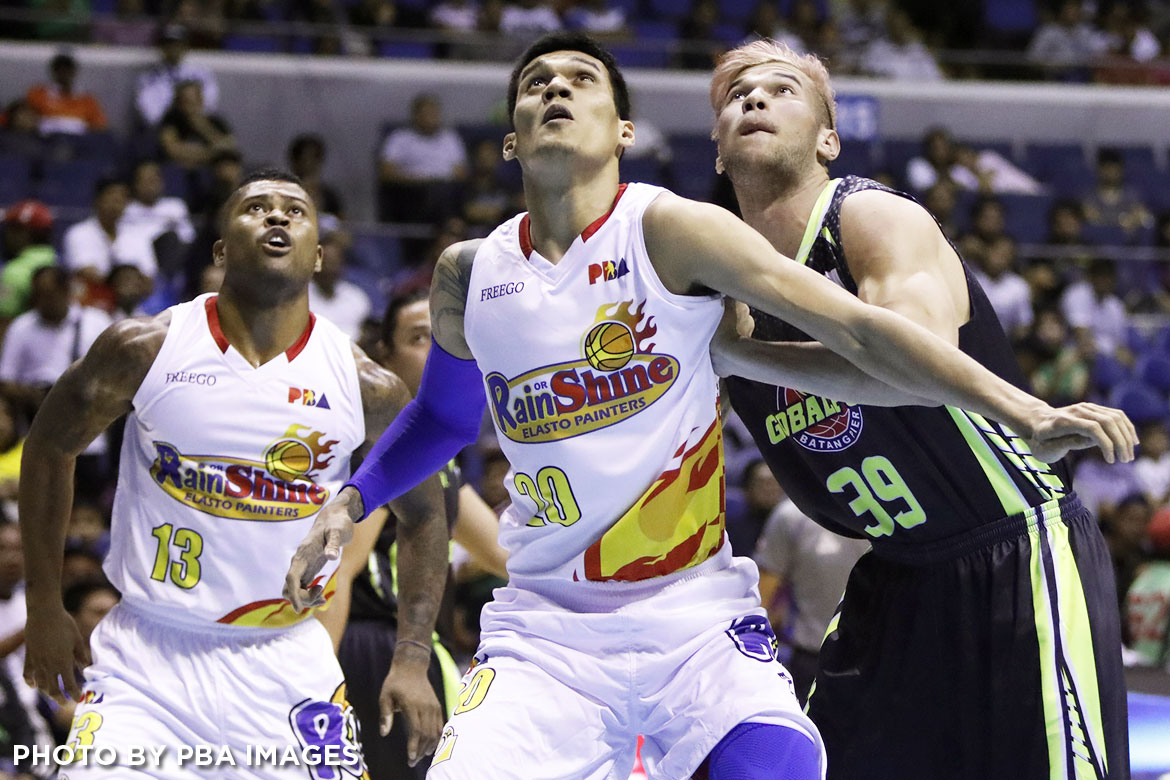 With the game’s balance slowly swaying into the favor of the Globalport Batang Pier, Raymond Almazan and the Rain or Shine Elasto Painters were able to catch a huge break in the end game that helped them pick up a 98-96 win, Friday night at the SMART-Araneta Coliseum in Quezon City.

After James Weatherspoon missed a couple of free throws with 5.2 seconds left and the game knotted at 96-all, Billy Mamaril was caught with a loose ball foul against Raymond Almazan. The four-year pro calmly sank the two free throws to give the Elasto Painters the lead.

“Our free throws saved us. We were struggling with our free throws but we made them when it counted,” said first-year Rain or Shine head coach Caloy Garcia.

Off a timeout, Jericho Cruz and Gabe Norwood hounded Terrence Romeo on the other end, forcing the reigning scoring champion to a wild shot to seal the win.

Almazan notched a double-double with 15 points and 10 rebounds. James Weatherspoon made a sensational debut, finishing with 25 points and 15 rebounds.

On the other hand, Maverick Ahanmisi was aggressive all throughout as he tries to bounce back from a horrendous Commissioner’s Cup, tallying 17 points, four rebounds, and four assists. And he was instrumental in giving Rain or Shine a 14-point lead during the second frame.

Romeo finished with 28 points but needed 27 attempts to accomplish it. Backcourtmate Stanley Pringle flirted with a triple-double with 21 points, nine rebounds, and nine assists.

Globalport import Jabril Trawick had a forgettable outing, finishing with just three points and fouling out with 5:46 left in the game.

Rain or Shine looks to build on this win as they face the NLEX Road Warriors on Wednesday, July 15 at 4:15pm. Globalport takes on the Phoenix Fuel Masters later in the day at 7:00pm. The games will be held at the SMART-Araneta Coliseum.