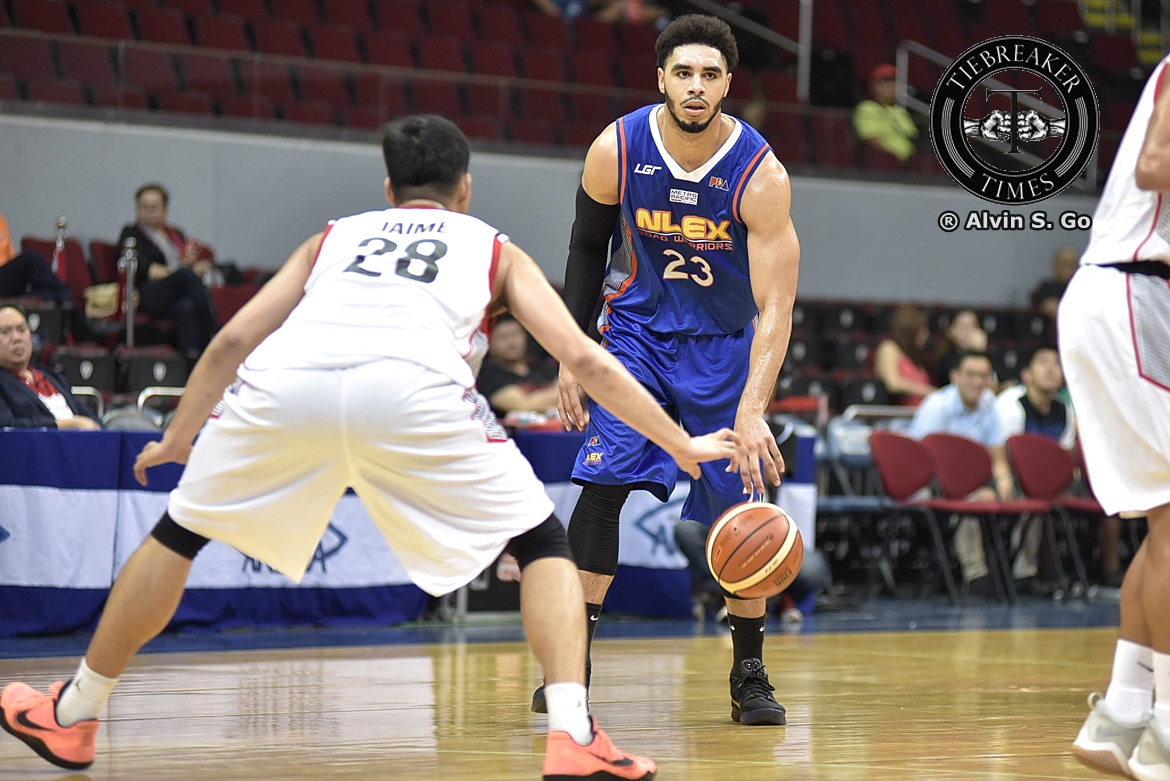 Sustaining its high from their conference opener against the Alaska Aces last Wednesday, the NLEX Road Warriors came off sizzling but suddenly cooled down. Fortunately, the strong start was enough to take a 100-93 win over the Kia Picanto, Saturday afternoon at the SM Mall of Asia Arena in Pasay City.

With a 2-0 slate to start the conference, NLEX picked up a milestone as this they are in the midst of its best start in an import-laden conference. Moreover, the four straight wins the Road Warriors are in is the second longest winning streak in franchise history.

“It’s a nice feeling to be putting together a streak. The confidence level is getting better,” said  coach Yeng Guaio. “We were really excited before this game because there is something good that is happening the team.”

And the energy the Road Warriors showed to start the game was nothing short of inspiring as NLEX raced to a 36-18 lead in the opening frame behind Carlo Lastimosa’s 13 points and Aaron Fuller’s nine points to start the game.

During the second quarter, it was JR Quinahan and Kevin Alas who powered NLEX’s run, combining for 16 points in the quarter.

“We are getting good and balanced effort from everybody,” Guiao furthered. “Aside the balance, we have an import that is giving us the scoring consistently.”

Fuller powered NLEX with 30 points and 19 rebounds while Alas and Quinahan chipped in 13 and 11 points respectively.

As the lead went up to as high as 27 points, 78-51, the Road Warriors’ energy suddenly dropped.

“We got ourselves mentally out of the game. One reason is that wala pa kaming karapatang mag-ambisyon because we have to be consitently strong,” shared Guiao. “We relaxed too early and our execution is bad in the last quarter. Defensively, we lost focus. Yun pa yung mga bagay na kailangan pa namin palitan being a young team.”

With the Picanto slicing the lead to just 11 points with 5:13 left, Guiao was slapped with a technical foul for continuous complaining and another one 54 seconds later that resulted to his ejection. Reden Celda converted on both technical free throws to slice the lead to seven with 4:19 remaining.

The lead went to as low as six points after a Markieth Cummings triple before Fuller and Alas restored order in the end game.

Guiao was alread in the press room with 1:45 still left on the game clock.

Cummings finished the game with 30 points and 15 rebounds while Glenn Khobuntin added 15 markers. However, Kia shot just 37 percent from the field compared to a superior 42 percent for NLEX.

NLEX looks to sustain its strong start when it takes on the Rain or Shine Elasto Painters on Wednesday, July 26 at 4:15pm. KIA, on the other hand, will welcome the TNT Katropa to the conference on Friday, July 28 at 4:15pm. The NLEX-ROS tilt takes place at the SMART-Araneta Coliseum while the KIA-TNT game will be hosted by the Ynares Sports Center in Antipolo City.

Pessumal, Vosotros prove that they’re ready when called upon