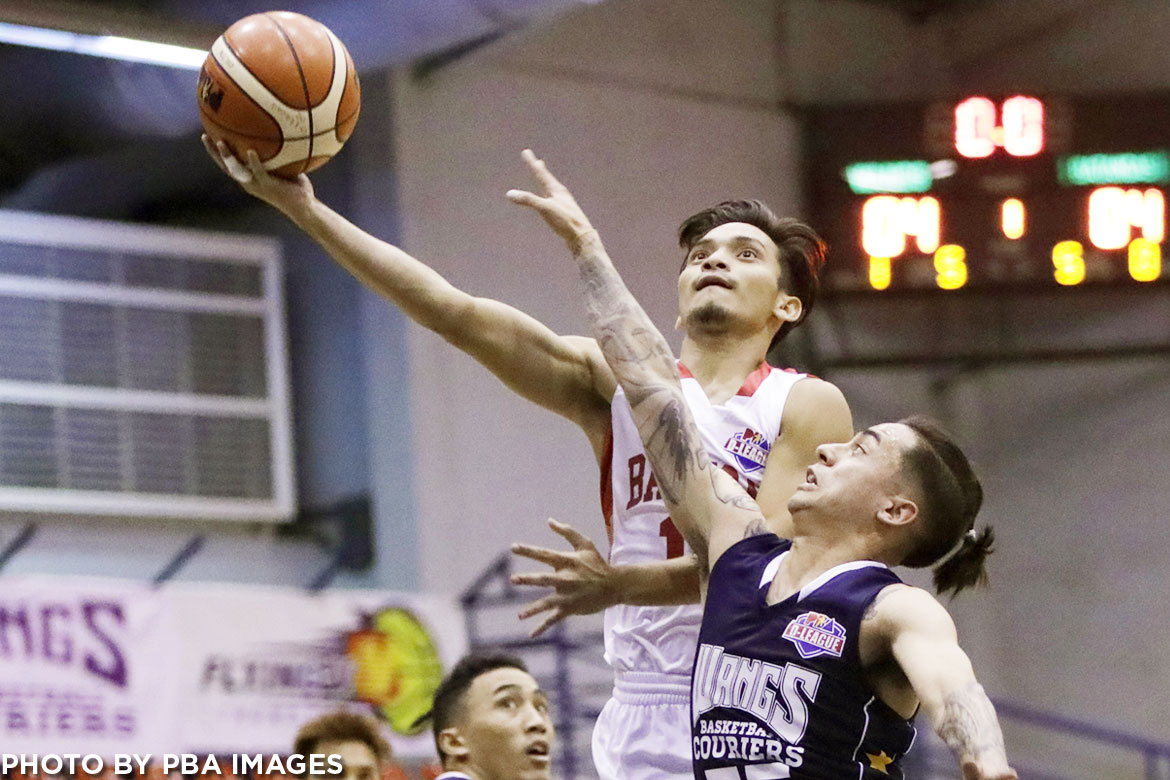 5-foot-5 Cedric de Joya drilled the game-winning banker to carry Team Batangas to an 81-79 thriller over the Wangs Basketball Couriers, Tuesday morning at the Ynares Sports Arena in Pasig City.

The native of Calaca, Batangas emerged as the hero for the Batangueños after they squandered a 13-point lead, 65-52, in the fourth period and allowed Robbie Herndon to tie the score at 79 with a killer three in the final 4.6 seconds.

De Joya went coast-to-coast in the waning seconds and banked his floater at the buzzer to keep Batangas at the top of the heap at 2-0.

De Joya scattered 14 points, three assists, and two rebounds in the huge win for the Batangueños. CJ Isit did not play while John Ragasa was sent to Medical City after 19 minutes of game time after an accidental elbow.

Wangs, meanwhile, suffered its first loss in the tourney despite Herndon’s herculean effort of 27 points, 14 rebounds, and three steals.

Though greatly out-rebounded by the Couriers, 66-45, the battle-tested Batangueños were able to force Wangs to commit 19 turnovers that led to 20 points.

Michole Sorela chimed in 13 markers and eight boards, while Tim Habelito nabbed a double-double of 11 points and 17 rebounds in the loss

Batangas looks to make it three in a row when they take on the CEU Scorpions on Thursday, June 15 at 2:00pm. Wangs Basketball, on the other hand, looks to bounce back when they face the Flying V Thunder on Tuesday, June 13 at 12:00nn.