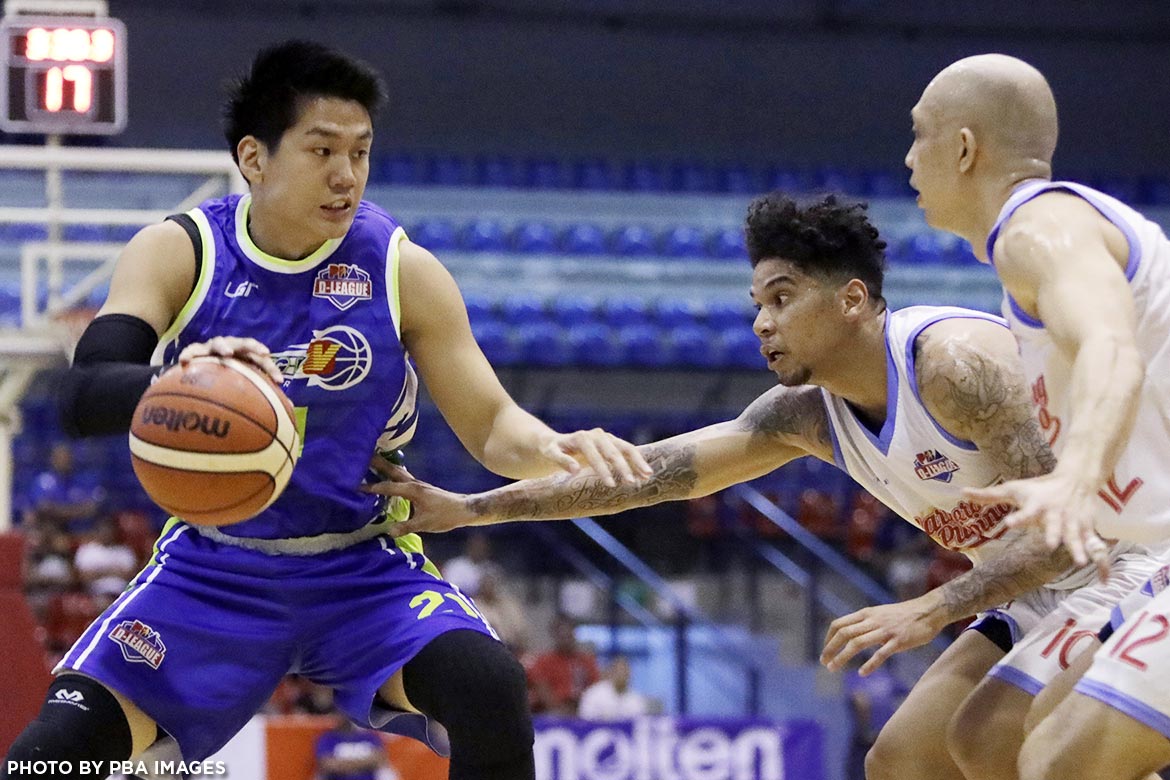 Jeron Teng braved out on his “flu game” and emerged as the hero in the Flying V Thunder’s 83-78 heist against Marinerong Pilipino. The Thunder remain the lone unbeaten team in the 2017 PBA D-League Foundation Cup, Monday evening at the Ynares Sports Arena in Pasig City.

The De La Salle University stud came off the bench and saved his best for last, draining eight of the Thunder’s last nine points, none bigger than his dagger 15-foot jumper with 41.7 ticks to spare to keep his squad’s unblemished 4-0 card.

“Jeron showed how professional he is,” said coach Eric Altamirano. “Nabuhayan kami nung pumasok siya and I’m really proud with how he took it upon himself and forced himself to play. He knew how important this game was.”

Teng unloaded 15 points, six assists, and four rebounds in his first game since returning from his stint with the Philippine team in the 2017 Fiba 3×3 World Cup.

Eric Salamat topscored for Flying V with 20 markers on a 6-of-11 three-point shooting, alongside six assists, while Hans Thiele imposed his will down low to register a double-double with 15 points and 15 boards.

Aris Dionisio chipped in 13 markers and seven rebounds, while Gab Banal had 12 points and four boards against a Skippers side that had uncle Koy and father Joel manning the sidelines.

The Thunder recovered from an 18-point hole early, staging a 16-2 run to get back in the game, 35-31 in the second quarter, before taking control courtesy of their 30-point explosion in the third period. That set up the frantic finish, which saw Banal and Joseph Marata trade treys before Teng took charge in the clutch.

Julian Sargent captained Marinerong Pilipino (1-3) with 14 points and seven rebounds, while Mark Isip and Pao Javelona both got 13 markers apiece.

Flying V look to make it five in a row when they face the Racal Motor Alibaba on Monday, July 3, at 5:00pm. Marinerong Pilipino will face the CEU Scorpions on Tuesday, July 4, at 5:00pm.