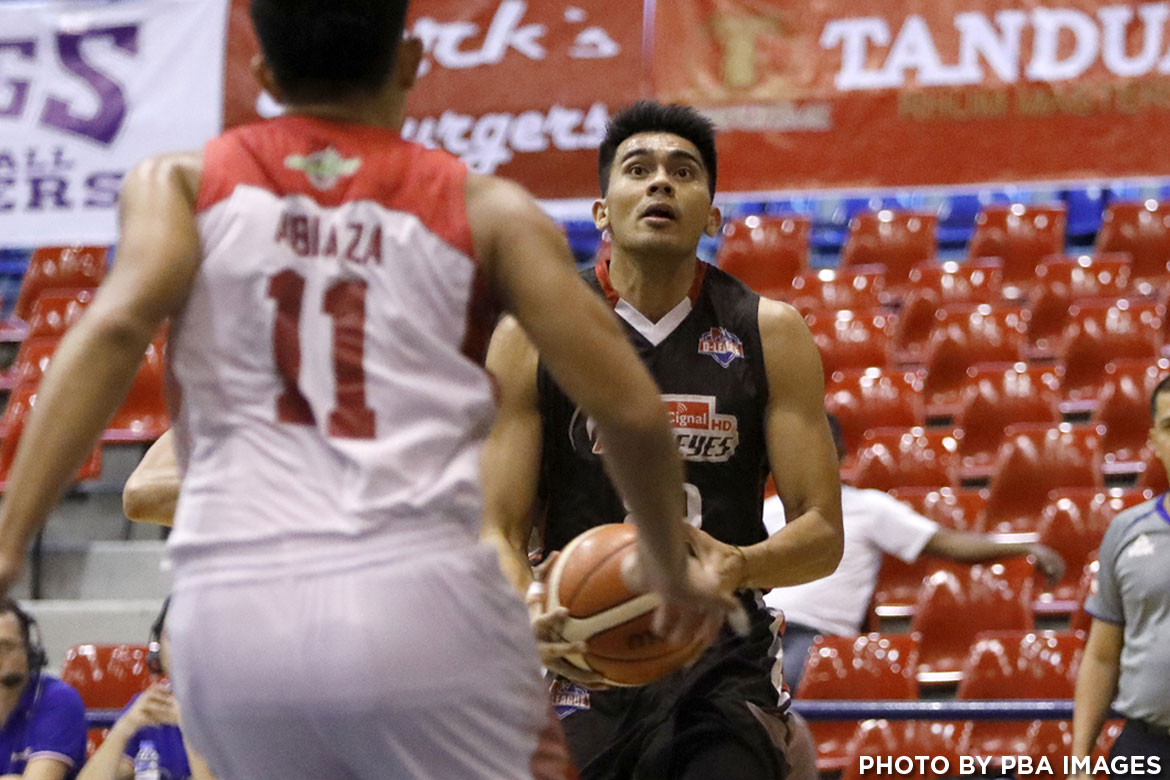 Showing their poise in the endgame, the Cignal HD Hawkeyes held off a game Team Batangas, coming away with a 70-66 conquest to stretch their winning run to six, Thursday afternoon at the Ynares Sports Arena in Pasig City.

Jason Perkins carried the load for the Hawkeyes, going for 15 points, five rebounds, and two assists, while Oping Sumalinog drilled the insurance bucket with 24.2 ticks remaining to wound up with 15 markers, three boards, and three dimes.

Hiking their record to 7-2, Cignal kept themselves in contention for a top two spot, which comes with an outright semifinals seat in the playoffs.

“We knew that we needed to win our next games if we want to get to that top two spot,” said coach Boyet Fernandez. “We had to bring somebody down, and credit to coach Eric Gonzales, Batangas really is a good team and they also deserve to win. But we’re just happy that we got this win and we still have a chance for that top two.”

Raymar Jose nearly tallied another double-double with his eight points and 12 rebounds, while Byron Villarias and Harold Arboleda combined for 16 in the Hawkeyes victory.

The Batangueños bravely fought against the powerhouse Hawkeyes, keeping themselves in the game and even grabbed a 66-65 lead after a James Forrester jumper in the last 1:18.

But Arboleda canned a corner trey to reclaim the lead for Cignal, 68-66, with 57.0 seconds remaining, and Forrester threw an errant pass, which was easily intercepted by Pamboy Raymundo to clinch the game in the clutch.

Standhardinger starting to get feel of Gilas basketball