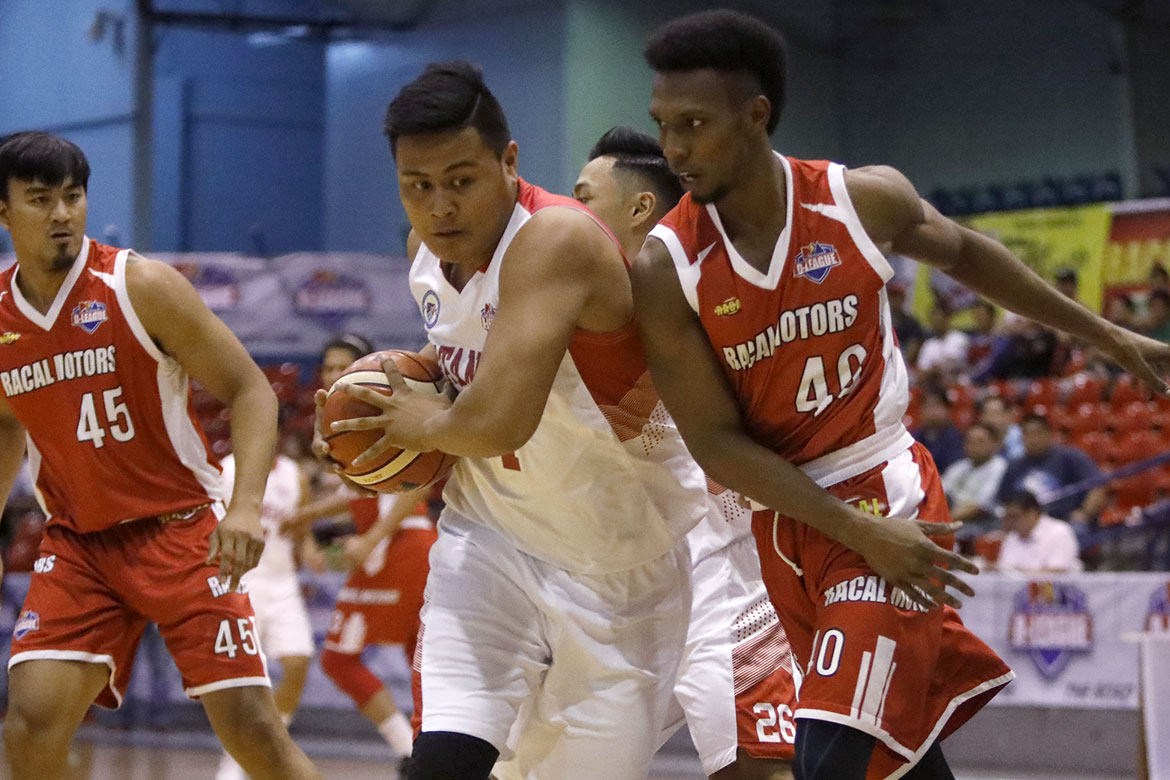 Team Batangas closed in on a playoff seat and eliminated the Racal Motors Alibabas, 95-90, Thursday evening at the Ynares Sports Arena in Pasig City.

With Joseph Sedurifa being called up by Meralco in the PBA, coach Eric Gonzales put much of the responsibility on his veterans to help the Batangueños nab their fifth win in eight games.

Cedrick Ablaza also mustered a double-double in tune of his 17 points and 10 rebounds, while also draining the game-clinching freebies with 10.8 seconds to play.

Paolo Pontejos kept Racal in the game in the last three minutes and even sliced the deficit down to two, 92-90 with 31.9 ticks remaining, but Ablaza was there to ice the duel for Batangas. Gwynne Capacio botched his late trey to end the rally for Racal in the closing seconds.

After making last conference’s championship series, Racal has now bowed out of the playoff race for the first time since the 2015 Foundation Cup, exiting the tourney with its 3-5 record.

Pontejos poured 26 points, while Jamil Ortuoste had 10 in the loss.