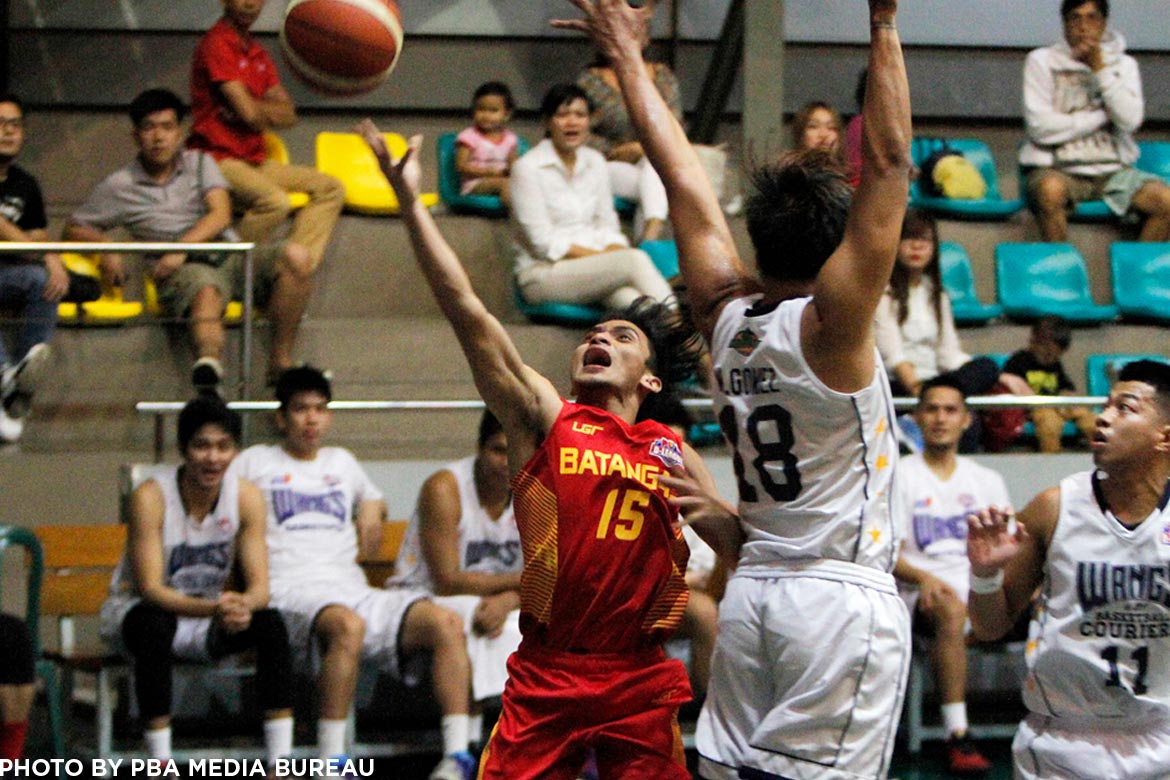 Team Batangas battled back from being 22 points down and escaped with a thrilling 97-96 victory over the Wangs Basketball Couriers, Tuesday afternoon at the JCSGO Gym in Cubao, Quezon City.

Trailing 92-70 early in the fourth, the Batanguenos unfurled a scathing 27-4 run to end the game, with Yutien Andrada finishing off the fightback with the go-ahead tip in the last 11.9 seconds to secure the win.

“At halftime, I challenged the players and told them if they didn’t have pride. I told them to find it within themselves to make a way and it’s a good thing that we were rewarded with this,” said coach Eric Gonzales.

Cedrick De Joya dropped 10 of his 19 points in the fourth frame, alongside five rebounds, while Sedurifa had 13 of his 18 markers in the fourth quarter to go with his 11 boards and seven assists.

Andrada got 13 points and 11 rebounds in his Batangas debut, while Raymond Inciong and Jhygrus Laude combined for 20 markers. Batangas snapped their two-game slide to improve to a 2-4 record, while Wangs fell to a 1-5 slate.

It was a sorry defeat for the Couriers as they lost hold of a 59-37 halftime lead.

Wangs had 21 turnovers in the game that led to 30 points for Batangas, with CJ Isit leading the stand with three steals. Moreover, Batangas shot a whopping 92 attempts from the field as they gobbled up 23 offensive rebounds in the game.

Von Tambeling led Wangs with 21 points, five rebounds, and three assists, while Rey Publico and John Tayongtong both wound up with 15.

Team Batangas will next face Blustar on February 28, Tuesday. Wangs Basketball, on the other hand, looks to bounce back from this loss as they face AMA on February 27, Monday at the same venue. Both games are set at 3:00 PM and will be played at JCSGO Gym in Cubao.

For the first time since the brawl, Isit and Tayongtong meet on the hard court