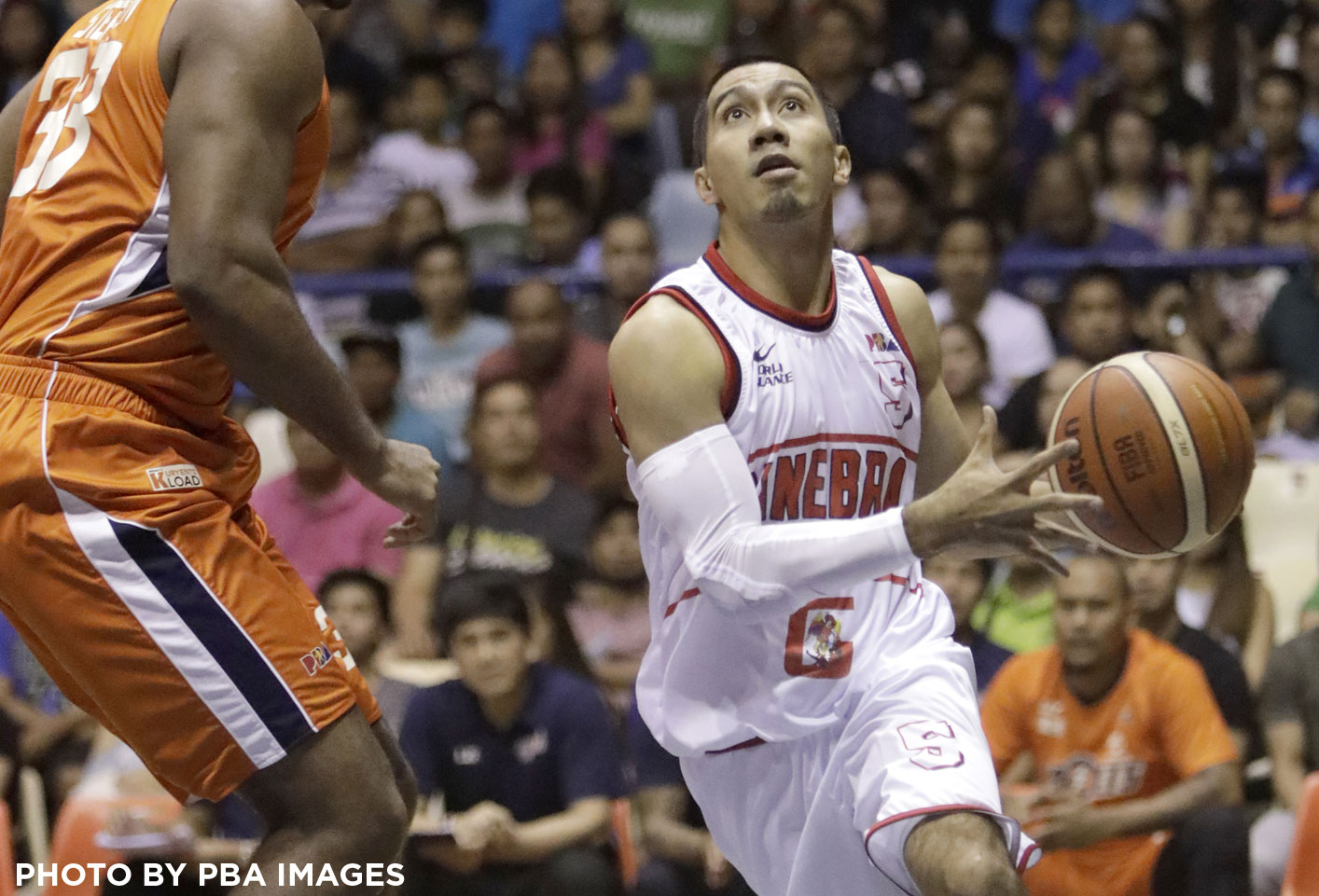 The basketball gods wanted the Barangay to be jubilant on Sunday night.

In a battle of playoff-bound squads, the breaks of the game went in favor of the Barangay Ginebra San Miguel over the Meralco Bolts, 90-89, in a down-the-wire battle at the Ynares Center in Antipolo City.

“We played them in the Finals two conferences ago. It was a battle then, and it was a battle tonight,” said Ginebra head coach Tim Cone on the victory, which sends their card to 8-2, tied with the idle Star Hotshots for the top spot.

The Bolts were ahead, 86-84, but Ginebra made sure to make it their last taste of the lead as they nailed six straight points — punctuated by Tenorio’s charities off a Cliff Hodge foul — to take the driver’s seat, 90-86, with 38.9 ticks left to play.

Hodge responded with a left wing trey to lift his team to within a point, and Meralco then played the fouling game to freeze the clock, sending Brownlee to the line. Luckily, he missed, opening the door for the Bolts to come back.

Alex Stepheson collared the board, and dished it to Chris Newsome, who then threw it to Hodge, who was running towards the basket. However, his pass went a bit over, and Hodge failed to catch it — and the ball went out of bounds.

Tenorio then threw the ball off an inbound pass with 2.1 seconds left to seal the deal for the Barangay.

“It came down to one or two shots, we had one more shot than they did. There weren’t much to separate us. They’re a good team,” the multi-titled mentor added.

Sol Mercado added 14 markers for the Barangay. Japeth Aguilar had 11, while Scottie Thompson flirted with a double-double of nine points and eight rebounds.

Baser Amer led Meralco with 21 points, eight caroms, and four dimes. Alex Stepheson provided 18 points and 20 boards in the loss, which kisses their hopes of finishing into the top two goodbye.

Ginebra thrived on their ball movement in the win, dishing out 24 team assists that aided their 40 percent shooting.

Ginebra’s last match in the eliminations will be against Mahindra on Friday, June 2, 7:00 PM at the SMART-Araneta Coliseum.