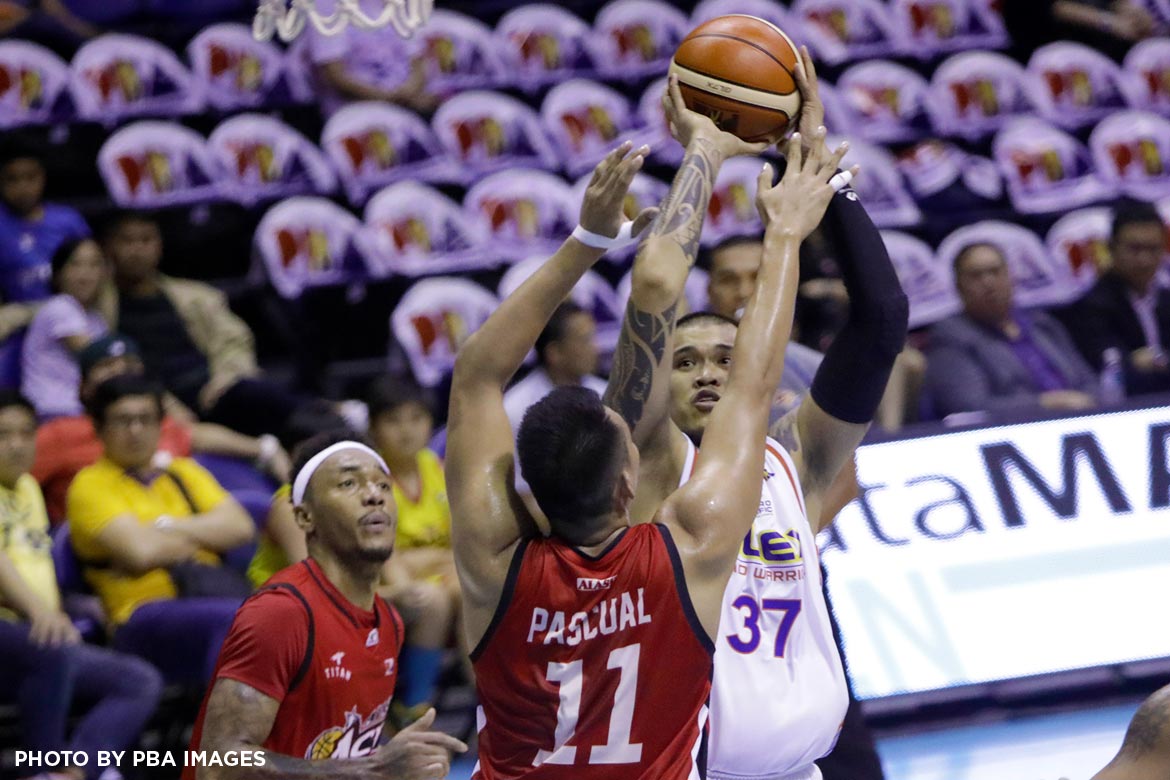 After months of suffering in oblivion, the light has finally been shed onto the rebuilding NLEX Road Warriors late in their 2017 Commissioner’s Cup run.

Following 13 straight defeats that traced back from the 2017 Philippine Cup, the Road Warriors have finally broken their losing spell at the Alaska Aces’ expense, 100-92, Wednesday night at the SMART-Araneta Coliseum.

The breakthrough win improves NLEX’s once-blank card to 1-9, while Alaska absorbed their fifth straight defeat and are now down to 4-5.

Despite being fouled out midway into the payoff period, Wayne Chism still served as NLEX’s anchor in the victory, scoring 22 points on 53 percent shooting alongside six caroms. Juami Tiongson had an all-around game of 16 markers, five boards, and four dimes.

NLEX were buried by as deep as 20, 35-15, late in the opening frame, but tables turned come the next period through a furious 21-3 outburst ended by Emman Monfort’s buzzer-beating triple to end the half in their favor, 51-48.

Both teams traded blows come the next half, not allowing one another to pull away wide. Alaska posed a threat late in the final frame, scoring five straight punctuated by a Simon Enciso lay-up to take the lead, 87-86, with 3:49 left.

But that proved to be the Aces’ last grasp of the upper hand, as foul trouble drowned them deep. After a Kevin Alas corner trey sent NLEX up, 89-87, the team’s last 11 points came from the foul line, with Alex Mallari’s last two freebies serving as the game-sealing shots.

“Veterans JR and Alex helped us stabilize the game, especially in the end-game,” lauded Guiao of his new players.

The Aces were led by Cory Jefferson with 36 points on 24 shots to go with 20 rebounds and three blocks, while Vic Manuel backed him up with 17.

Calvin Abueva, who was sent out of the game due to an ankle injury with 1:33 left to play, nearly had a double-double of 12 points and nine rebounds.

The Road Warriors shot 45 percent from the floor. Their defense was also notable in the win, as they forced Alaska to commit 24 turnovers which they converted to 30 points. NLEX also scored better in transition, 19-7.

Both squads will play their next games this Saturday, May 27, at the Ynares Center in Antipolo City. NLEX will play their last game of the conference against Phoenix at 3:00 PM, while Alaska will battle San Miguel at 5:15 PM.

Dario bails out UP in thriller against EAC